10 Fun Facts About the Sea of Cortez

If you’re feeling old, look at the sea and know this, the Sea of Cortez is the youngest in the world. I don’t think if it has Fountain of Youth powers but who knows, jump in, and try it out?
Yes, Jacque Cousteau who nicknamed the Sea of Cortez as the “World’s Aquarium “is spot on in 2021. Maybe, the marine animals missed all the human activity last year with the beaches and marina’s closed but make no mistake the sea creatures are ready to impress and put on a show.
It’s March and the whales are still here! Boaters, fisherman and tour boats have been spotting an array of aquatic wildlife since January. January started with Orca sightings and moved right into February with fin whales, greys, and humpbacks. So, what will March bring? The best answer is – you never know. Maybe you’ll run into a whale shark, like we did once by Daydream Cove. Or you might even take a boat cruise toward Bird Island and run into a super pod of dolphins. A super pod or mega pod means miles of dolphins flipping and spinning as far as the eyes can see. Who knows? The sea is your oyster.
Regardless, if you’re simply amazed by pelican formations or herons, the only way you’re going to experience outstanding sea life is to get on a boat and get on the Sea of Cortez. This is not just any body of water; this is a special sea. As John Steinbeck once wrote of our precious Sea of Cortez, “a dream hangs over the whole region.”
If you’re visiting here on Spring Break,

Get Out on The Water.

10 Fun Facts about the Sea of Cortez:

How do you get on the water?

Book a spot on one of the many outfits that safely take tourists out. What can you expect to see?
Dolphins, Whales, Sea Turtles, Whale Sharks, Sea Lion, Manta rays, Sharks, Sailfish, Jellyfish, Sting Rays, Puffer Fish.
The list is endless. You can book a tour and kayak with the sea lions by Bird Island or rent a kayak and hope to run into a dolphin or a whale. For the younger crowd and young at heart, you can book a tour on a pirate ship and see fireworks and a fun show.
You can grab your favorite fishing friend and spend the day fishing for grouper, yellowtail, or sea bass.
Go scuba diving, kayaking or SUPing! Sunset Cruises, Parasailing, Fishing Charters, Bird Island Tours, Private Boat Rentals.
The List is endless!
Here’s a few local boat tour operators to contact:
Start at their website or Facebook page. The below are operating in compliance with COVID-19 restrictions.

Land was created to provide a place for boats to visit. – Brooks Atkinson

Six ways to get your groove on in May 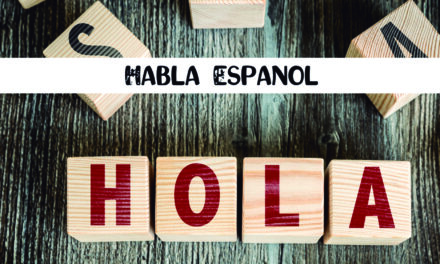