The lyrics to Leonard Cohen’s “Hallelujah” have been rewritten by many people for various occasions, one of the most familiar being a version for Christmas. I personally adapted the song for the wedding of a couple who were from different countries and cultures. The first verse went like this:

Sometimes God has a special plan

to unite a woman and a man

and sky and Earth will bend to see Him through it.

just to see each others’ smiles

The lyrics are a perfect fit for Adrián and Sunny Perotti, whom we are pleased to welcome to the lay ministry at St. Joseph’s. They will be serving as music ministers, translators and instructors – Adrian teaching Spanish and Sunny teaching English for locals, including the parishioners at Sacred Family, our sister church in Peñasco.

Sunny grew up in Arizona and has strong ties to Puerto Peñasco. Her parents, Roger and Dolly Wall have had a vacation home in La Cholla for decades. It was here that she developed her love of Mexico and the Spanish language. That passion took her to Puebla to work as a teacher.

Adrian grew up in Carlos Pellegrini, a small town about six hours north of Buenos Aires. He was studying tourism and eventually opened his own travel agency in Argentina.

Their faith led them to volunteer as missionaries in Brazil for the Catholic Church. Their love of God and music were the catalysts that sparked the flame and three years ago, they were married in the St. Joseph’s Chapel in La Cholla.

They spent three years working in Argentina, and when they were ready for a change, they chose La Cholla. They are truly a God-Sent addition to the mission church where bilingual Mass is offered every Sunday morning at 8:30.

To reach the church, take the road past the Sandy Beach Resorts and the dirt road past Wrecked at the Reef and Mare Blu. As you wind your way toward Cholla Bay, the church is on the right and clearly marked.

Sunny and Adrian Perotti have joined the lay ministry at St. Joseph’s Chapel in La Cholla, helping with music, translation and language instruction. 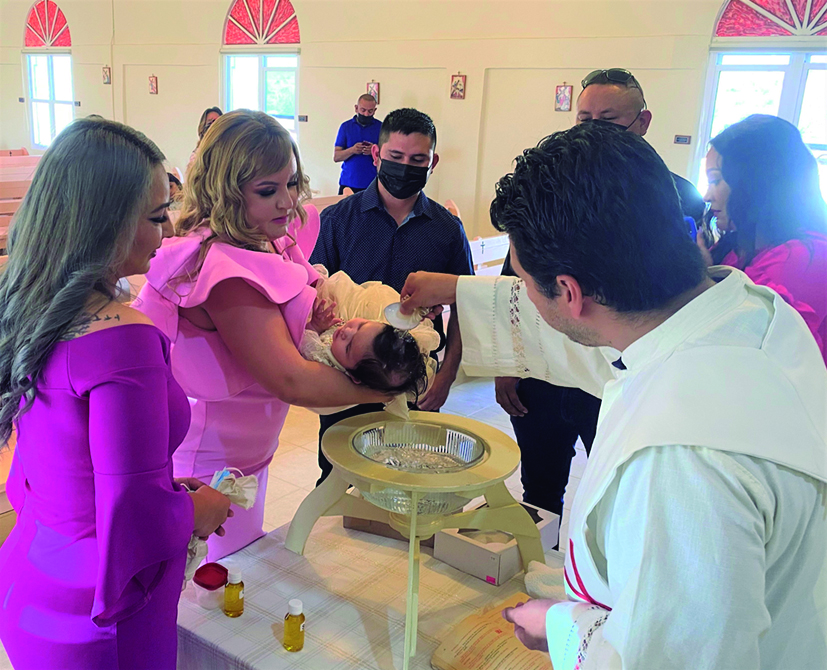 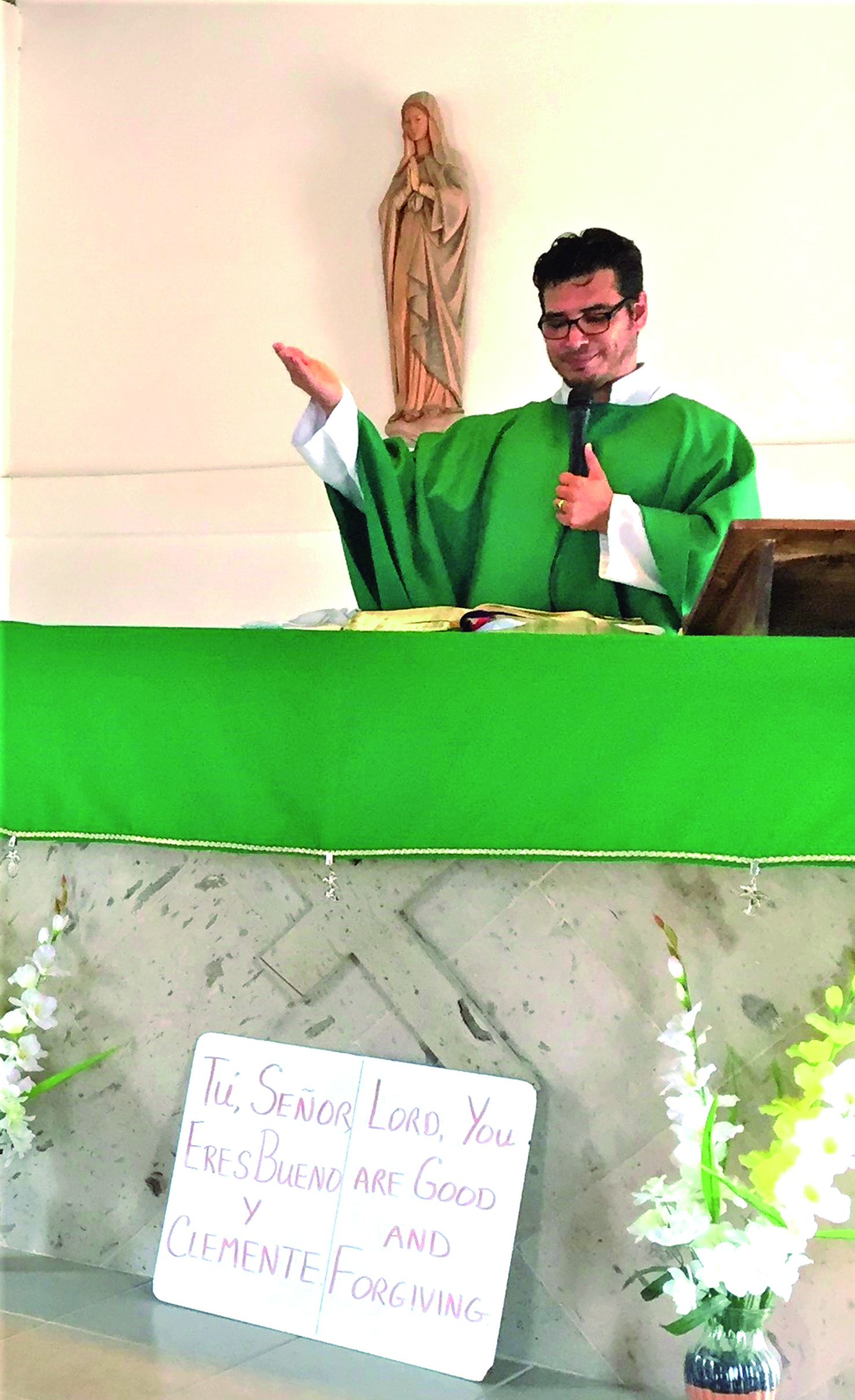 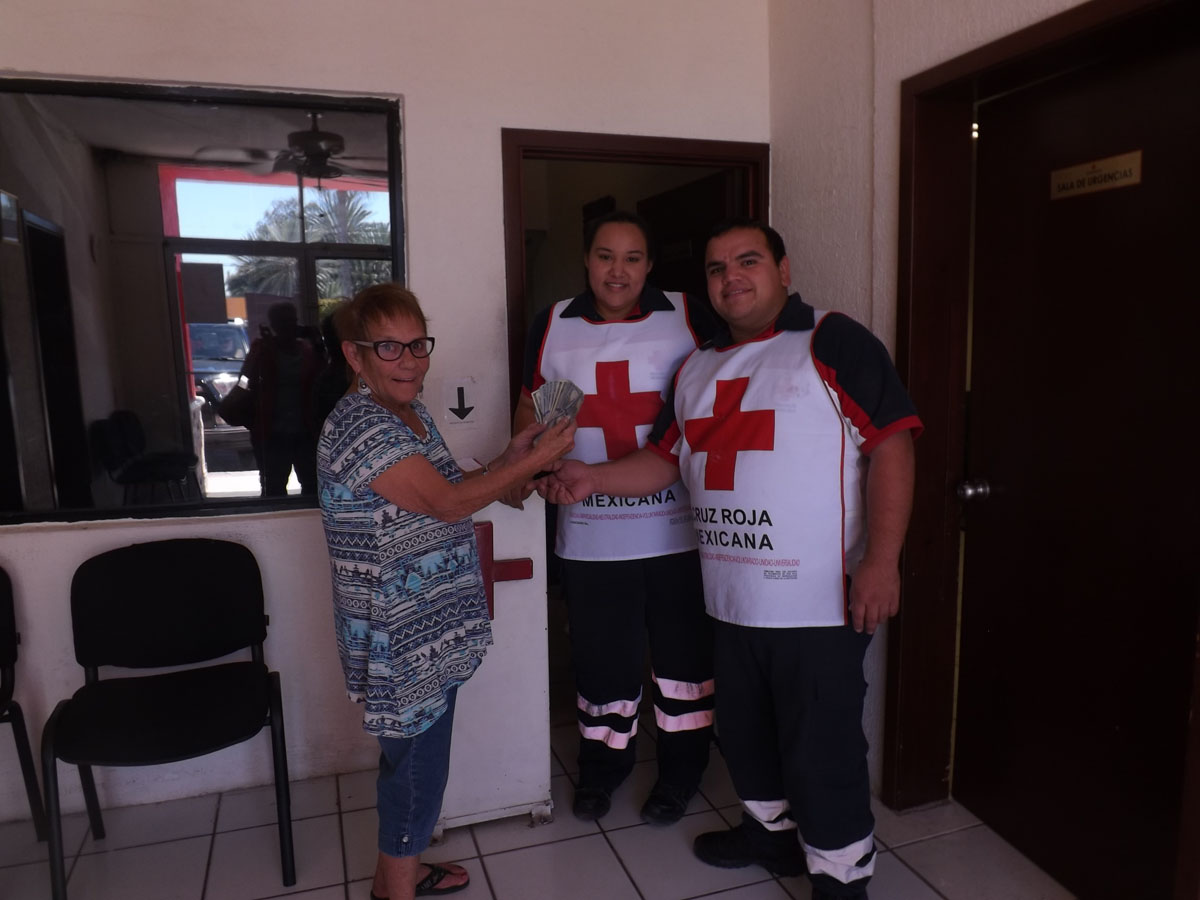