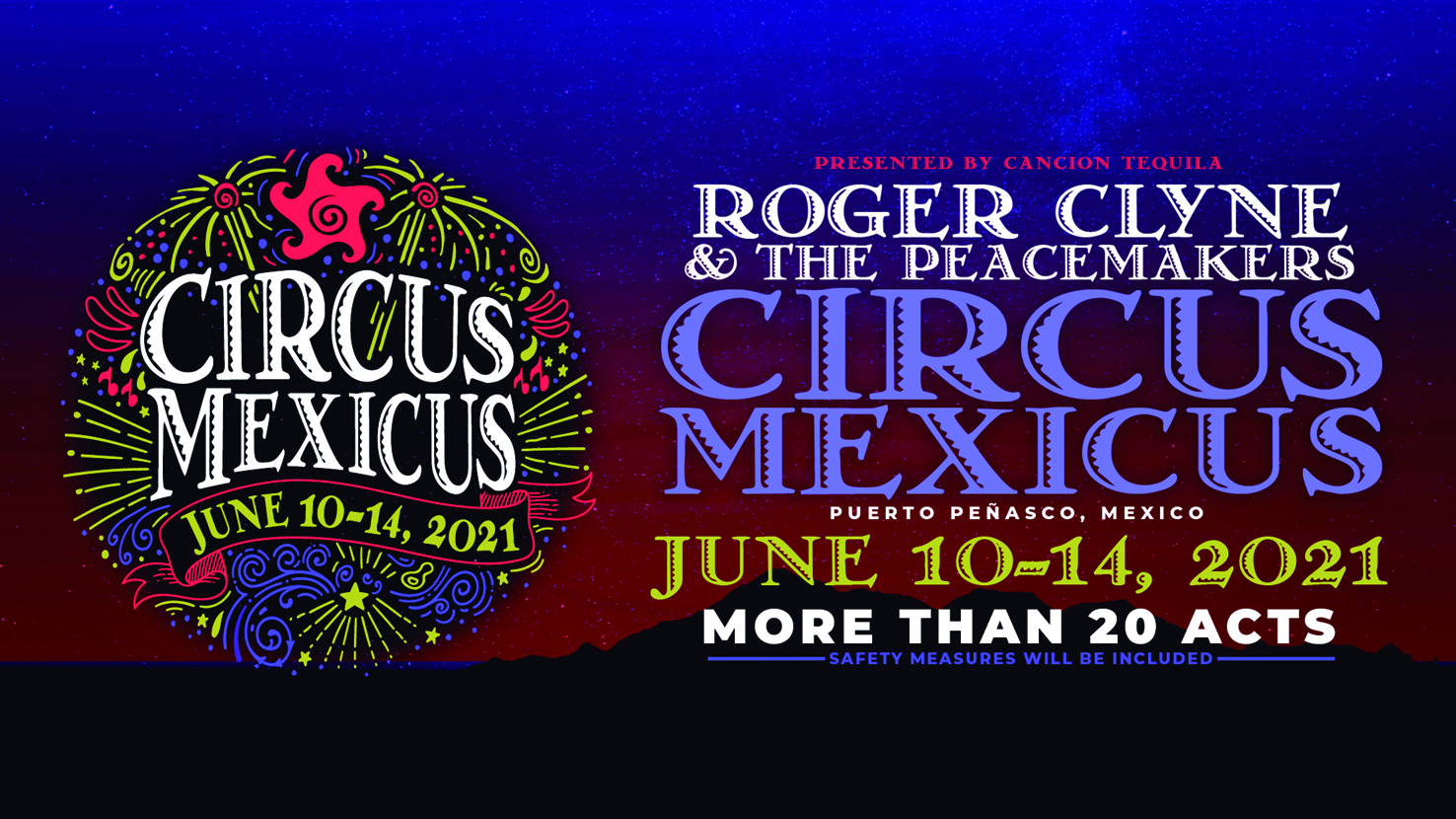 With unprecedented excitement, Roger Clyne & The Peacemakers are bringing their musical circus back to Puerto Peñasco for five days of long overdue fun June 10-14, 2021. Tickets went on sale March 20th and can be purchased at www.circusmexicus.net. Any local safety measures in place mid-June will be incorporated into the festival.

Along with just about everything else in 2020, Circus Mexicus in Peñasco went dark with the hopes of returning in 2021. Organizers are not only confident this will happen, but it will be on a level never experienced before in the 21-year history of the event. Roger Clyne & The Peacemakers will headline both Friday and Saturday nights performing different setlists on the Cancion Tequila Main Stage adjacent to Banditos on Sandy Beach. Joining RCPM Friday will be Authority Zero who have brought their high energy, aggressive reggae beats to stages around the world for 20 years, and Arizona’s Black Bottom Lighters open the show. From New Braunfels, TX, Cody Canada & The Departed and Northern Idaho’s Jeff Crosby & The Refugees round out Saturday night supporting RCPM.

“We’ve been looking forward to Circus Mexicus for well over a year now and the irony tickets go on sale the same week the state of Sonora’s COVID risk assessment was downgraded to Green (the least risky level) is not lost on any of us. Get vaccinated, stay safe and we’ll see you in Peñasco for 5 safe days of fun”, Peacemakers’ bass player Nick Scropos commented in a recent interview.

This year the Circus Mexicus Shake, Raffle and Roll will once again raise money for local Peñasco charities. Fans are encouraged to bring household goods and personal hygiene items to Banditos on Friday afternoon as well as cash for chances to win autographed merchandise, art, jewelry and the opportunity to introduce Roger Clyne & The Peacemakers on stage Saturday night!

Originally started in 2000 as a single rooftop party performed by newly formed Roger Clyne & The Peacemakers, Circus Mexicus has evolved into a 5-day party with music, sun, sand and sea as the backdrop. Recent years have featured more nationally touring artists playing stages large and small throughout Puerto Peñasco. Fireworks rain over the Cancion Tequila Main Stage Friday and Saturday nights and fans are encouraged to leave Sandy Beach during the day to catch acts playing at venues such as Capone’s, JJ’s Cantina, Chango’s, Wrecked at The Reef, Manny’s Beach Club, Tekila Bar, Boo Bar, Moo Steakhouse and Grill and Xochitl’s.

Find the ticket link on www.circusmexicus.net and grab your tickets.

See you next month! 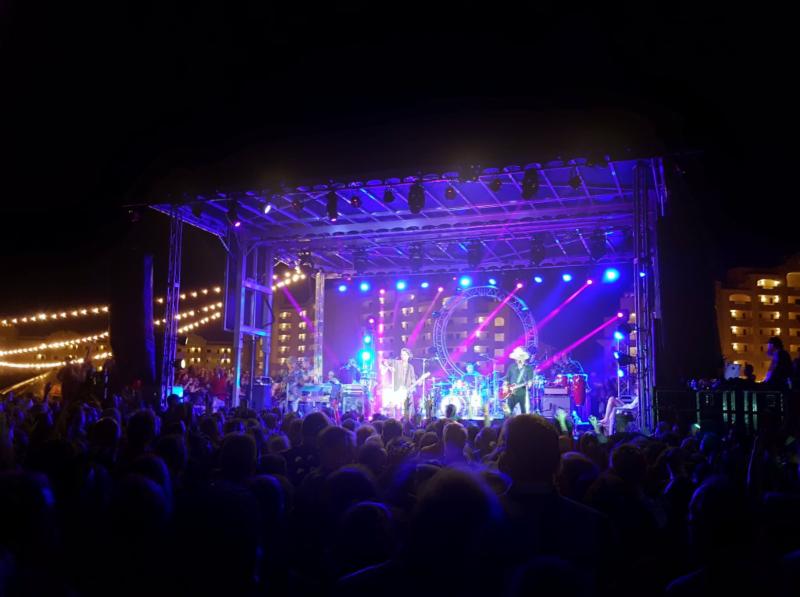