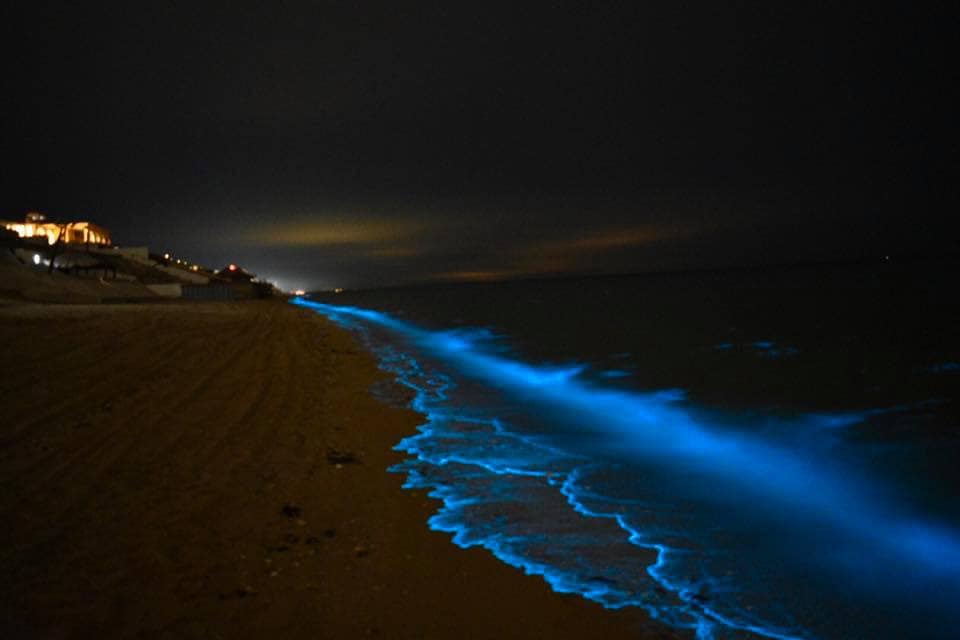 Those of us who have the privilege of living in, or simply visiting, Puerto Peñasco were treated to a wonderful spectacle at the beach recently, as waves seemed to take on a blue fluorescent effect due to the presence of bioluminescent microorganisms or plankton, which react with the motion of the waves.
Although this phenomenon has occurred before on our coast, sometimes it is more noticeable than others. Such was the case on January 20th, when a blue fluorescent glow surprised beach visitors in Las Conchas, some of whom who were able to capture it in pictures.
In an explanation for this natural occurrence, Paloma Valdivia from the Intercultural Center for the Study of Deserts and Oceans (CEDO), offered the following:
“It is more or less normal for Puerto Peñasco, although on this occasion it was very intense. These microorganisms are called dinoflagellates, also known as “sea sparkle”, and they generate a luminescence. Sometimes, when plankton reproduces in large quantities it produces these “blooms”, and when there are many of these organisms the bioluminescence becomes more intense.”
This particular spectacle is unpredictable and there isn’t a specific time as to when it occurs, although in Puerto Peñasco this phenomenon has taken place in the past during winter.
So, whenever you are at the beach make sure you have your camera with you! You never know when this might happen, and it’s just one more wonderful gift from the Sea of Cortez!