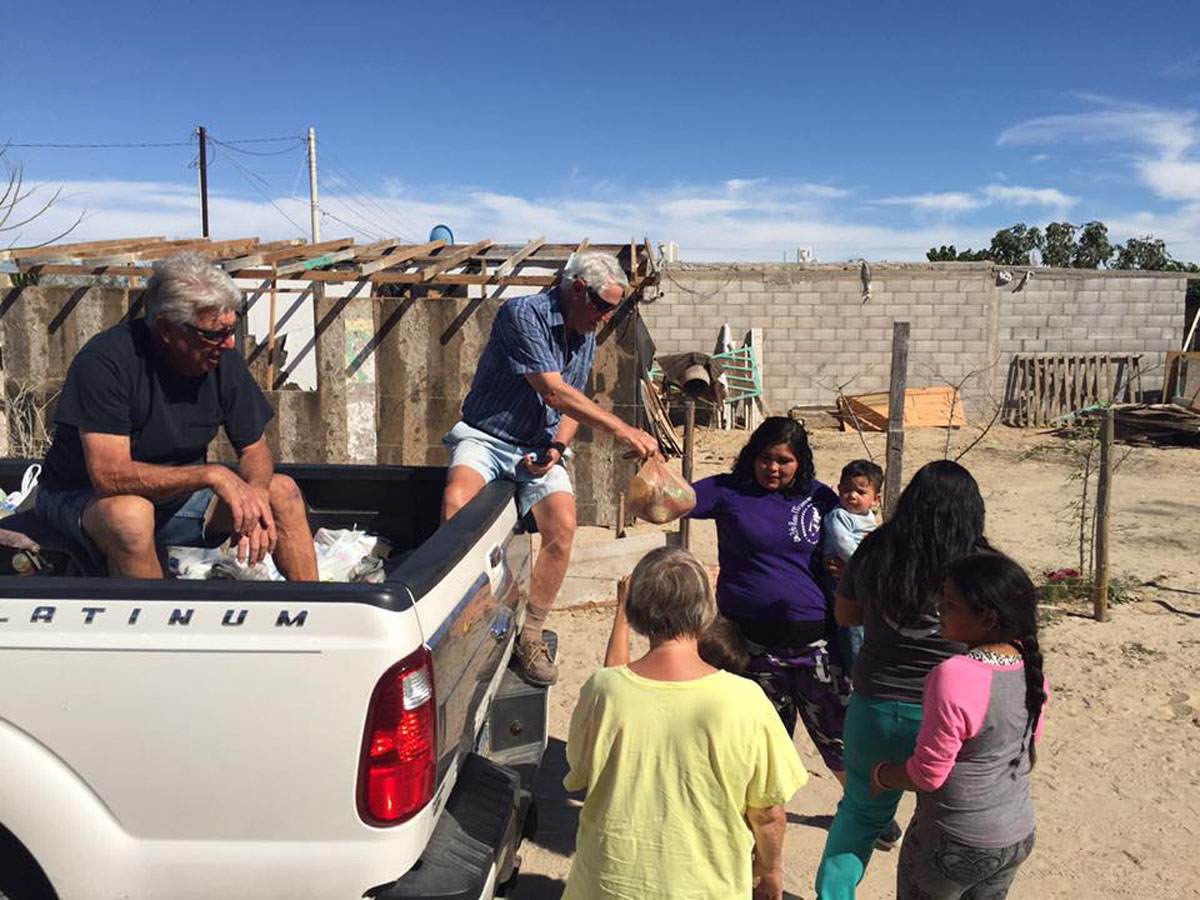 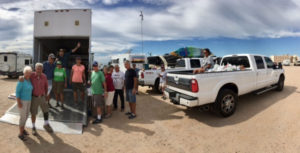 PUERTO PEÑASCO, MEXICO – Volunteers from Wandering Individuals Network delivered more than $1,000 (USD) worth of food to poorer neighborhoods recently. Members of WIN, an RV singles travel club from the United States, collected the money, bought one kilo bags of rice, beans, flour and one liter containers of oil and packaged them into 325 bags that contained the makings for more than 5,000 meals. They filled the backs of two pickup trucks and about a dozen WIN members delivered the food in the Nuevo Peñasco areas.

“We honked the horns and people came running out of their houses,” said Mark Cotter of Texas. “People were so grateful,” added Christie Young of Texas. “It was heartfelt. The children came out and they were so happy to see us. It was clear they were being well cared for by the many grandmothers we met.” “It was actually a fun event,” said Cotter, who was asked this year for the second time to head up the drive. “The amount of effort we put into this seemed to have a big impact.” WIN members have been coming to Puerto Peñasco for about a dozen years, the last four staying at Concha del Mar R V Park, said tour leader Paul Aakervik of Nevada. But this year more than 70 members showed up, instead of the usual dozen or two. This was the third time WIN members decided to give back at this location in this manner. Members also collected clothing and goods for the local women’s shelter and donated money to a drive to help the area childrens home. WIN hosts tours through much of the United States and Canada, and has helped out at many locations, most recently cleaning up BLM land outside of Yuma, AZ. For more information, see rvsingles.org