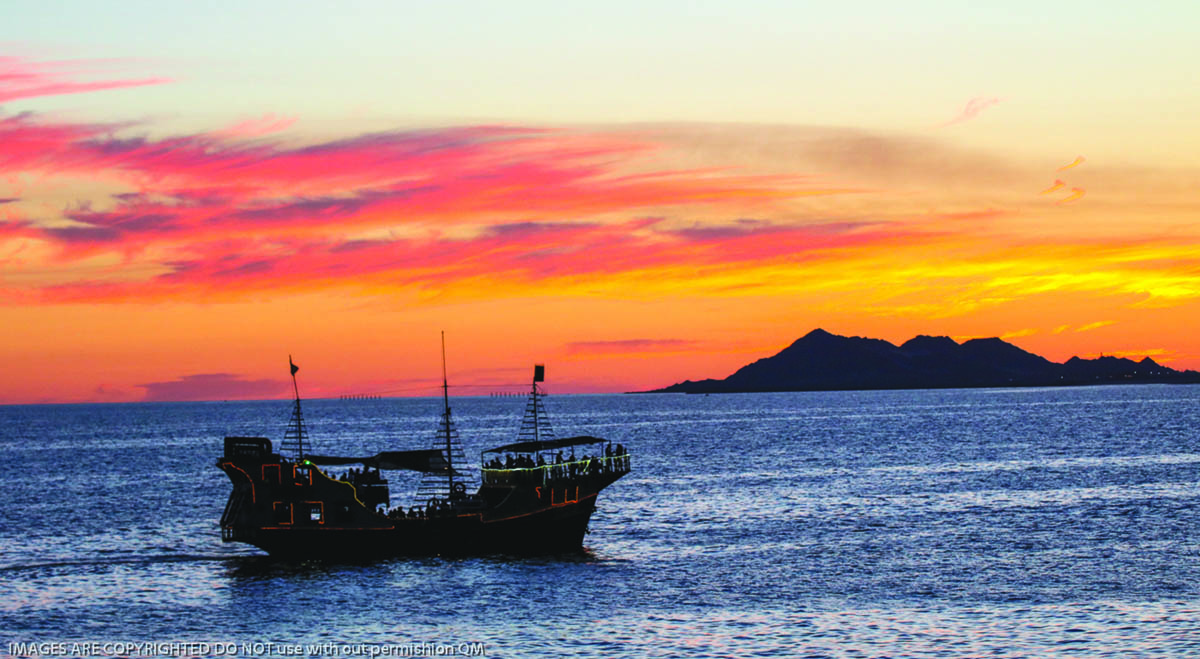 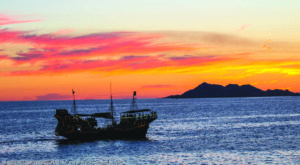 Load me up and blow me down, a bottle of rum and a fiddle to dance to. The captain is a fair one and the hold is full of bounty, making for Puerto Peñasco we are. A fair breeze to our backs, as night falls we will be turning down the sails and tied to board docks. The ladies will be out to meet us and share in our bounty. Aye mate, it will be a night to remember.

As I sat looking over the harbor, with drink in hand, I could not help but to let my mind wander back a few years where, yes indeed, pirates plied their trade throughout the Sea of Cortez and out into the Pacific as far as Tahiti and beyond. This could have been a very safe harbor for those the Queens men and their man-of-war ships would be looking for.

I was seated on the upper deck of the Point Restaurant, watching the sun sizzle as it hit the water just west of the Puerto Peñasco tourist area, showing deep yellows and reds in the sky. It was eight o five and the streets were full of people having fun waiting for the beach to light up with Fourth Of July fireworks. It was the United States 108th Independence Day Celebration. Now wait, are we not in Mexico? If I haven’t learned anything else, Mexicans love to have a fiesta. Any excuse. Your country or mine. It doesn’t matter, as long as the cerveza and tacos keep coming.

Well, out of the corner of my eye I caught a glimpse of a worthy site. Land HO and throw me a line, it was a pirate ship loaded to the gills with people. Yes this was what I was here for…camera in hand, I started shooting, waiting for just the right moment when the ship was in line with the Out Island and main land. What a site. You could hear the laughter and music from her. Much unlike the years gone by when the Pirates came limping in after a battle. My goal was to make a photo that had respect, color, composition and into the landscape she would stand out forever. Well only you can be the judge of that. After all, had I not been capturing scenes for near fifty years? Just so you photo buffs know, I used a 70mm– 300 zoom on a 24 meg. Cannon body, shot this at ISO 800 using F-5.6 at 100th. A second. A fair sharpness to it all. Shot in RAW / JPEG mode. If you have any questions about making your photography better, just e-mail me jungleworld333@gmail.com.