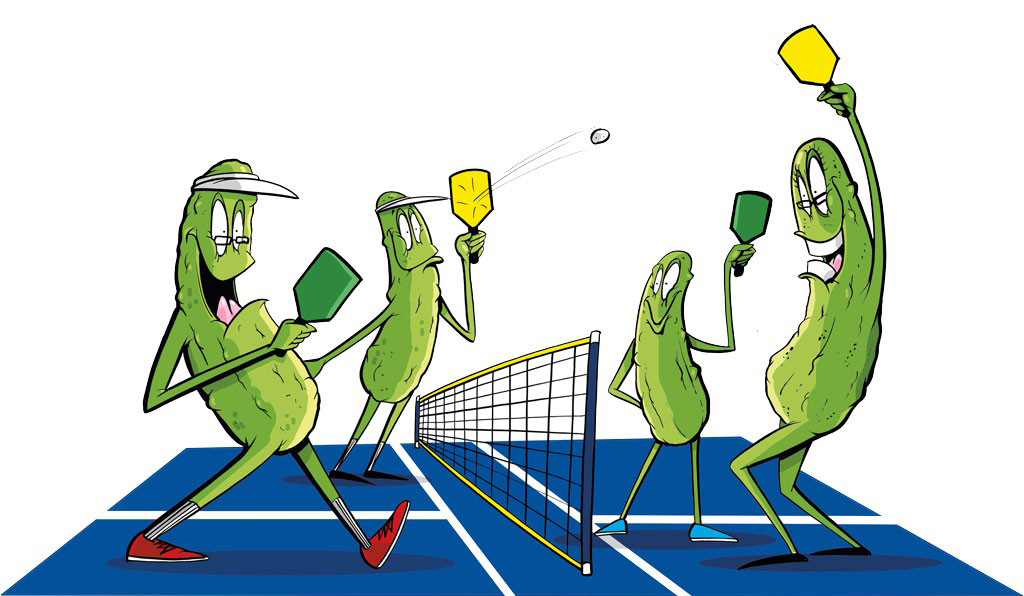 With Pickleball being reported as one of the fastest growing sports in the United States, it was only a matter of time before its popularity landed in Puerto Peñasco, Sonora, Mexico.

Pickleball is a fast-moving game that is great for all skill levels and ages. In 2018, Sports and Fitness Industry Association (SFIA) reported that over 2.8 million people in the United States had played pickle ball, with 68% of those being over the age of 60, proving that it is a great activity for seniors and snow birds everywhere.

Pickleball has elements of tennis, badminton, and ping pong. It is played on a surface similar to a tennis court but at 20 x 44 is much smaller. Equipment consists of an individual racket, the whiffle ball type ball, and a net which can be either permanent or portable.

Many areas in Mexico such as San Carlos and Mazatlán that cater to US and Canadian snowbirds, have formed organized Pickleball groups and host clinics and tournaments throughout the year. In Peñasco, we aren’t fortunate enough to have many designated Pickleball courts or a Pickleball club, but we make do with what we have.

Whether you are a full-time resident, spend your winters here, or just stop in occasionally for a weekend, you have many options to get your Pickleball fix while in Rocky Point.

Several condo resorts along Sandy Beach have modified their tennis courts to accommodate Pickleball courts; Puerta Privada and the Sonoran Spa are just a couple. Unfortunately, you must either be an owner or guest of an owner to play on these courts; they are not “open to the public.”

Concha Del Mar RV Park on Sandy Beach is celebrating the opening of their new courts as well; for more information, you can visit their Facebook site Concha Del Mar Pickleball Friends.

There are two other locations open to the public:

The first is located just south of No Reelection on Luis Encinas and easy to get to from Sandy Beach and the Playa Bonita RV Park. The covered area has three courts and they play daily starting at 9:00 am. Although I’ve never played these courts, I hear there are sometimes up to 24 players in attendance giving you a chance to compete with players from beginner level to some with advanced skills; they welcome players of all levels.

The second location also has three courts and is more convenient for those staying at Playa del Oro, Las Conchas, or other locations near the Mirador. It is located just off Campeche, one block behind the Michigan Market on Coahuila and Ignacio Ramirez. A regular group of 12-15 players meet there on Tuesday, Thursday and Saturday at 8:45am. They do occasionally play the remaining days of the week when visiting players are in town or it doesn’t cut into “golf time”. These players describe themselves as a fun bunch who often get together for Happy Hours and dinners. Don’t let that fool you though, they can be pretty competitive on the court!

At both locations, portable nets are provided, just bring your own racquet.

If you have your own group these courts are available for you to use at any time.

So, if you’re planning to visit Rocky Point, or you live here and just want to try a new sport or are already a skilled Pickleball player, I encourage you to get out and find the group and location that is best for you. It’s a great way to meet people and maintain your exercise routine while on vacation. Knowing that you burned 600 calories in the morning somehow makes it easier to justify that second margarita you might want to enjoy later in the day.