A Center of Activity 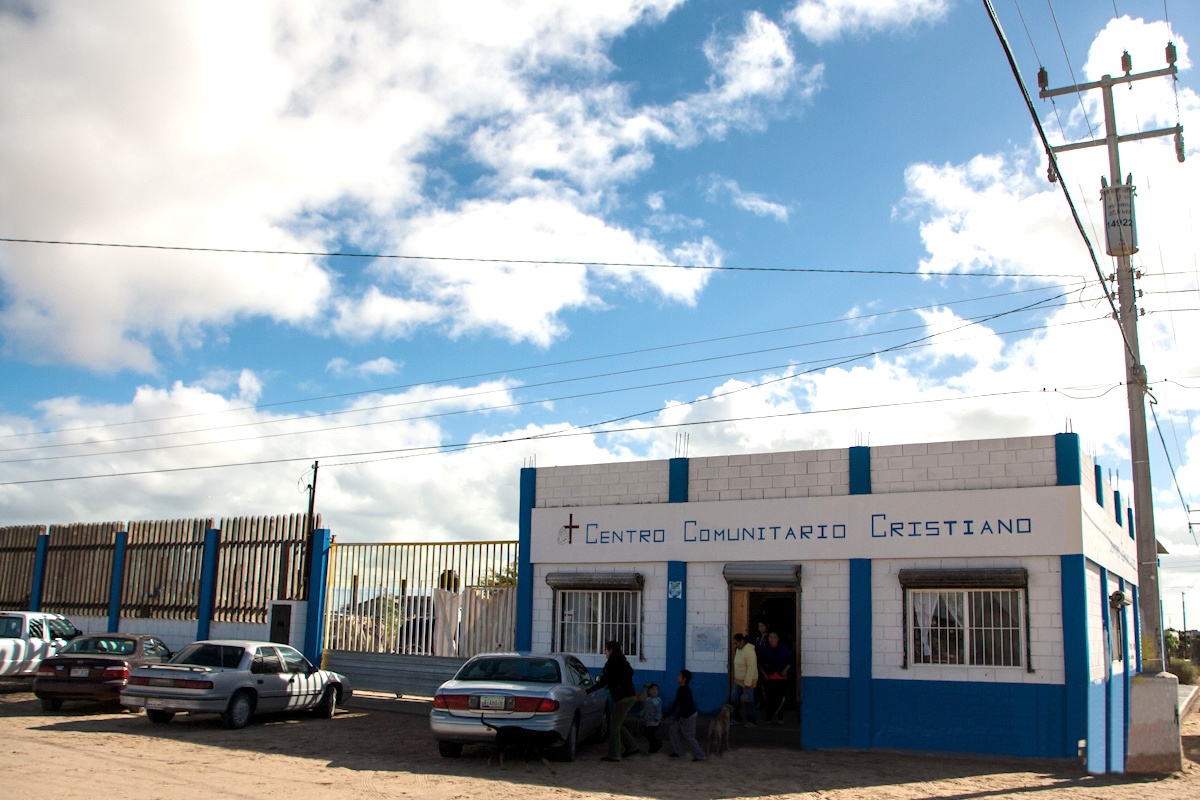 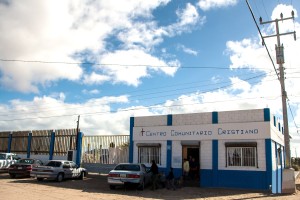 We met Rick Turner when his company, American Home Services (AHS), did some electrical work for us. Rick is a big guy, very friendly and outgoing and a good story-teller. He obviously has the kind of energy that gets things done.

One of the things he told us was about a charity he is involved with that provides daily meals for residents in an area with massive unemployment. He offered to take us there and show us around. David Sillas, the assistant manager of AHS, is also involved, and he went along. So did our friend Mike.

The ministry is called Centro Comunitario Cristiano. I’ll abbreviate it as CCC. It’s located on the far east side of the city in Colonia San Rafael. The area is home to about 400 families, many of whom came here for work during the building boom, when condos were being built all along the beach and new developments were visible everywhere. After the boom, the economy deteriorated, jobs disappeared and workers were laid off, but many people stayed, waiting for the work to come back.

Unemployment is about 80%, Rick estimates. The other 20% that may get jobs make 15 dollars a day or less. The work is usually on contract, which means the employers don’t have to pay any benefits. Fortunately the government’s Home Port project is expected to produce hundreds of jobs and boost the local economy. This may take a while.

Many of the residents live in homes built by Infonavit, an employer- and government-financed building program. We were familiar with it, having formerly had a business in Puerto Peñasco. In this program, the federal government works with businesses to enable employees to own their own homes. Several of ours benefited. The houses are small, with no frills, but the payments are affordable. Employees have to have worked at the job two years to qualify.

CCC is housed in a large building that used to be a hardware store. The center was started 4½ years ago by Mark and Karen Higgins from Colorado. At first the group met in a private home, which it soon outgrew. Then an anonymous donation of $20,000 plus other donations totaling $25,000 made it possible for them to buy the vacant building. The process took 2½ years to complete.

We met Ruben Escobedo, the on-site facilities manager. On the day we visited, we learned that a church from Chandler, Arizona was sending down a contingent of workers the following weekend to help build a new computer room. Rick’s company will provide some of the labor.

Five days a week CCC provides a meal for 50 to 70 of the women and children in the area. It’s cooked and served by a team of dedicated volunteers. CCC has an arrangement with an Albertson’s store in Gilbert, Arizona, to donate food that has reached its sell-by date. Someone from the center goes to Arizona and picks it up every week. Jeff Nossek, owner of Second to None resort in Peñasco, usually makes the run. Eneida Gaspar, the CCC Director, also makes the run whenever she is in the Phoenix area on other business. The center also contracts with local food markets to get surplus produce. Whatever isn’t edible goes into their compost pile.

When we arrived, the meal was over, and three of the women were cleaning up the kitchen. It was very hot, but they had no air conditioning, only fans. Rick told us that he had installed a sizable AC system and all the necessary duct work for it, but due to cash flow problems the Center can’t afford to run it.

CCC has a large main room, where tables are set up, a kitchen behind it, and another room for computers and children’s activities. Shelves along one side of it hold books, paper, crayons, and such supplies. The other side has a counter along the wall with five donated computers and two printers.

CCC’s efforts are not limited to providing food and meeting space. Its other major objective is to help the people become more self-sufficient. One way is to support the establishment of micro-businesses. Rick’s is a good example. He hires plumbers, electricians, and other skilled workers from the community. Many of them are expatriates from the U.S. and speak English. Then when American clients need home repairs, Rick has the right people for the job available.

The other way toward self-sufficiency involves teaching the residents how to grow vegetables and preserve them by canning and drying. David and Ruben took us outside and showed us around. In the yard, there are several bins with compost in different stages of development. There is also a greenhouse and two vegetable gardens. So far they have been able to grow a small percentage of their food here, but they are hampered by a limited water supply. Since John has a greenhouse and gardens in Tucson and does composting, this was interesting to him.

Rick showed us a large underground cistern and pressure tank that his company had installed. It was obvious they had done a very professional job. Unfortunately the water pressure in the area is very low and barely fills the tank daily. John suggested to Rick that they might consider low-water-usage hydroponic gardening, which he also does in Tucson, and Rick welcomed his offer of help.

There is a partially-built addition to the building in back that must have been used to store lumber and large items when the place was a hardware store. It’s high enough to be filled in with two stories of rooms. This is what the Chandler church group will be working on.

Rick told us that when completed, the addition will have several rooms for computer use and for classes in both English and Spanish. Many of the residents here, he said, do not know how to read and write, so they will benefit from the Spanish. English will be useful for the young people in particular, as it will greatly improve their job opportunities, especially with all the new business tourism is bringing to Rocky Point. As they make more money, they will be able to care for the elderly, so the entire community will benefit.

We came away impressed with the great work the Center is doing. It’s always good to see people dedicated to helping those less fortunate than themselves. It reminds us we are part of a universal human community.