Peñasco in the ‘Old Days’ 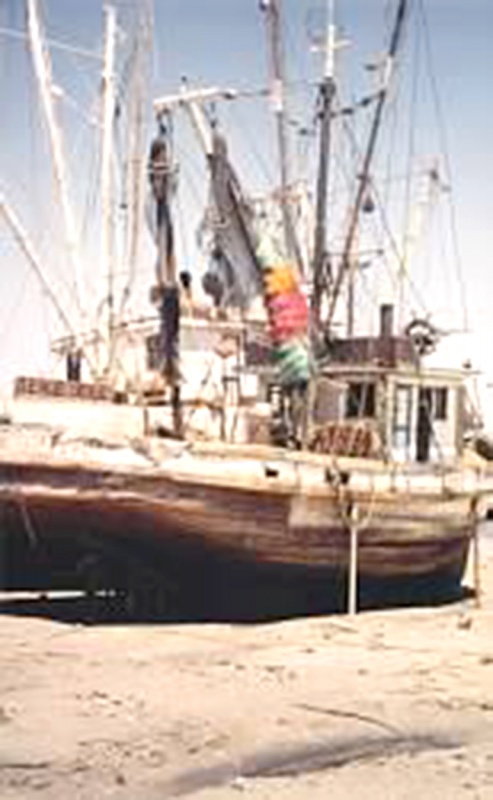 Hello again Sandy, As I said in the Shutterfly info. I took the first picture (B&W) in 1973 on one of our first trips down. I have written 6/73 on the backs of the wooden boat pictures as well and the boats with the posts holding them up…obviously before the harbor was dredged out and when they still had a very active shipyard. The wood boats are made out of walnut. The smell of the stuff they painted them with was almost overwhelming.

The Choya Mall picture is from 1990. I so wish I had taken pictures when the mall first started sprouting up. We used to have to take a very long dirt road all along the railroad tracks and then across the flats to avoid the big sand drifts that went along the short-cut which is now the Choya Mall. People were forever getting stuck there so it started as a good place to sell wood to those of us on our way to go camping on Sandy beach…a captive audience of sorts. Anyway, that store is still there, only two stories now. I have some pictures of the kids at that time but didn’t include them but if you want those I can send them later.

The Hotel Peñasco pictures are from 1994. It was a pretty dark and scary place at the time. I have never gone back to see what it looks like on the inside now…probably should put that on my “to do” list.

Once again thanks for all you do…all these years of making the paper a “must find” as soon as we arrive in Peñasco. Also thanks for the El Golfo Run and keeping it going for those of us that waited so long to finally do it!!! I so wish we had done it in time to meet Tom…our loss I am sure. We had a really grand time.