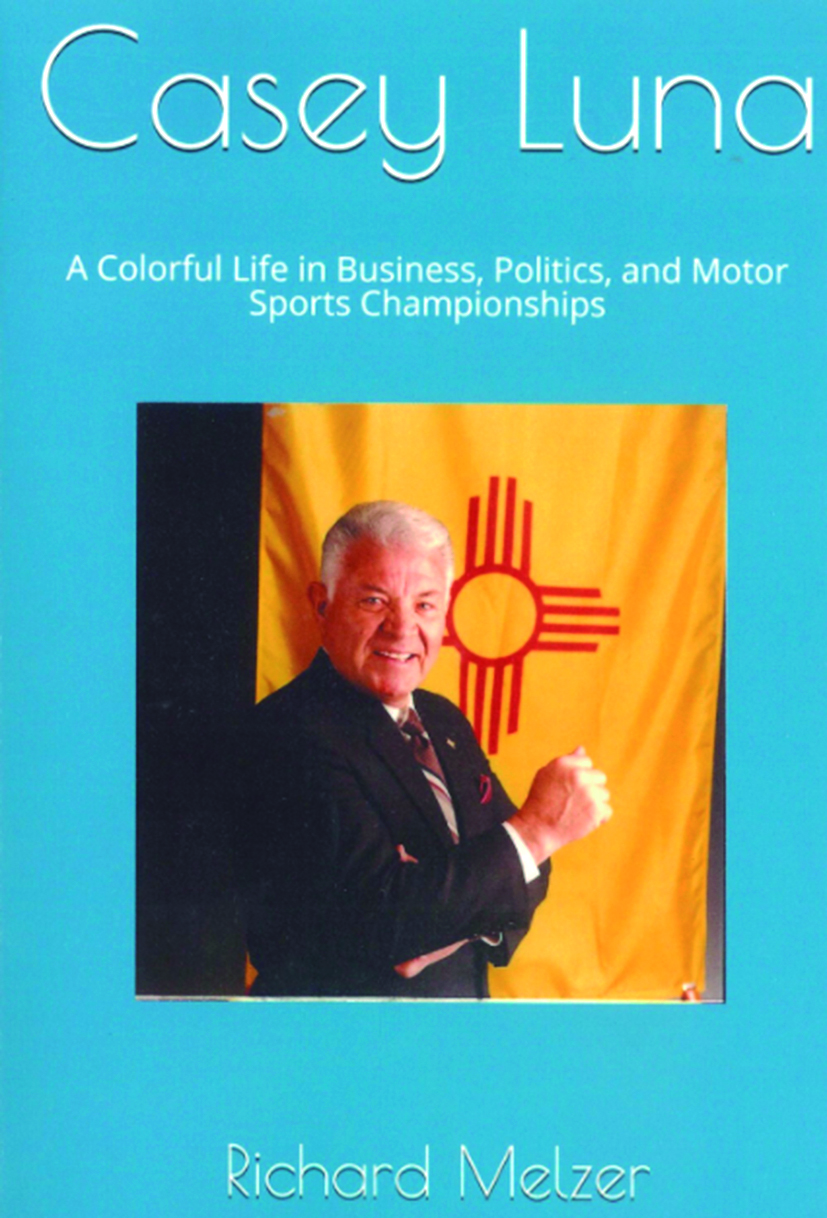 “Dirt is cheaper in the country!” Everyone who lived in New Mexico in the 1980s remembers this clever slogan used to advertise Casey Luna’s Ford and Mercury dealership on N.M. 314 just north of Belen.
Casey became famous for his slogan, claiming that because of lower overhead in Valencia County, he could charge much less for his Ford and Mercury vehicles than his competitors could in Albuquerque.
Casey owned and operated his successful car dealerships in Mountainair and Belen for 30 years before retiring and eventually moving to Puerto Peñasco, Mexico.

Casey and his wife, Beverly, returned to Belen to visit friends and family while also holding a garage/estate sale at their Rio Communities home in September 2018.

It was during this visit that Casey and I spent many hours talking about his youth, his years in motor sports racing, his career in business, his experience in politics and his entire life in retrospect. I looked forward to writing about Casey’s life in this column, La Historia del Rio Abajo, for the Valencia County News-Bulletin.

How an article became a book
But then, after hours in person and, on his return to Puerto Peñasco, by phone, I began to realize that Casey’s life was far too large and important to be reduced to a single article. As in everything he has done and accomplished, my original concept far outgrew its original boundaries to become something much bigger.

Casey never planned to write an autobiography. Having heard his many stories and adventures, his friends and relatives had always urged him to consider such a project. But he always felt that other men and women had led far more interesting lives and were far more deserving of such literary attention.

Casey gradually changed his mind once the research and writing process on his book began. He now realizes that it might take a sequel to tell his whole story in all the detail it deserves.

Casey’s interest in a book project grew when doctors told him in early 2019 that he had a rare form of cancer. The project took on new importance as he hoped to share not only his story but also the values that have made him so successful and happy in life.

Although it was difficult, we have chosen four of these colorful stories, from his childhood, his racing career, his days as a Ford dealership owner and his service as New Mexico’s lieutenant governor.

A childhood journey to Albuquerque
Casimiro Elfego “Casey” Luna was born to Casimiro Deciderio and Ruben “Ruby” Armenta Luna in northwest Sandoval County on May 26, 1931.

As a boy, Casey was especially close to his maternal grandparents, Jose Martin Armenta and Marianita Simona Armenta. Jose and Marianita lived on a small ranch in Cañon de Jemez, where Jose grew crops and raised livestock.

Casey accompanied his grandfather whenever possible, helping to gather wood, do odd jobs and translate into Spanish because Jose knew little English.
Casey remembers he was about 6 years old when he and his grandfather traveled to Albuquerque in a horse-drawn wagon filled with blue corn flour, wheat, dried fruit, jerky, leather goods and cow hides to sell or trade.

The trip took several days, with Casey and his granddad traveling at night when it was cooler for their horses and themselves. Casey remembers how beautiful Albuquerque and its bright lights looked as they approached the city at night.
Jose traded his goods at stores in a well-planned sequence. He and Casey first stopped at Cox and Company, where they traded their cow hides, a good strategy because the hides attracted the most flies.

They also stopped at other famous mercantile stores, including Chas. Ilfeld, M. Vaio and Son and J. Korber and Company. At each store, they unharnessed, fed and watered their horses before getting down to business.

At the end of each day, Jose spent much of his time in Albuquerque bars, where he met old friends. Tired from the day’s work, Casey slept at his grandfather’s feet, sometimes uncomfortably close to the bars’ spittoons.

Jose rewarded Casey for his help on their journey by buying him a sack of orange candy slices and a pair of high-top sneakers. Among other items, Jose had acquired bananas to sell in Cañon de Jemez.
Casey ate a few too many green bananas on the way home and “got sicker than a dog.” Home at last, the boy had learned quite a few life lessons and business skills on his adventures in Albuquerque.

Speedway champion
By the 1950s, Casey had moved to Albuquerque, served in the Army and become fascinated with car racing at Albuquerque’s famous Speedway Park. After a few years of competition, he became one of the most competitive, successful drivers in the city.

Casey competed against a field of 37 drivers in the 1956 season. A reporter for the Albuquerque Journal reported Casey “chewed up the competition” in most races that summer at Speedway Park.
The 1956 championship came down to the wire on Sunday night, Sept. 23, the last day of the racing season. Battling for the total point lead, Casey and his closet rival, Al Demaree, were pictured in the Albuquerque Tribune, shaking hands as friendly competitors’ days before the big event.
The race was as close as everyone expected. In the final lap, Casey and Demaree raced down the straightaway for the finish line with Casey in the lead but fading with a blown cylinder.

Pulling out to pass Casey, Demaree’s left front tire hit Casey’s rear right tire. According to the Albuquerque Journal, Demaree’s car “flipped over a spectacular eight times.”
Seeing the catastrophe, Casey spun his car to a stop before crossing the finish line and ran back to help pull Demaree from the wreckage. Miraculously, Demaree suffered no worse injury than a scratched hand because his roll bar had saved him.

Some fans booed Casey, thinking that he had caused the crash, but others, including Demaree, knew that Demaree had caused it by trying to pass Casey for the win. Neither driver crossed the finish line, but Casey, who was ahead in total points, had enough points to win the season’s championship.
Casey drove against many well-known car racers in Albuquerque, including members of the famous Unser family; he often spent time at the Unser family’s garage on Central Avenue. These established racers enjoyed great advantages in resources, equipment, staffing and money. Most had several engines ready to go while Casey had only one.

But Casey had persistence as well as skill. Determined to win as many points as possible, he never missed a race. Even if he didn’t win every competition, he remained competitive and added to his point total.

If a race was rained out, he’d be at its make-up date. If his engine needed work, he and his friends would work day and night to get it ready for his next race. Casey would not allow himself to take any Sundays off so he could win as many points as possible. Casey’s racing partner, Lewis Trujillo, compared him to a flea that persisted and refused to go away.

Casey was exhibiting and further developing the intensely competitive character that would serve him well on the track, in business, in politics and in every other endeavor he pursued in life. And so, despite stiff competition, Casey won two track championships in the modified division at Speedway in 1955 and 1956, a feat matched by only one other driver prior to 1964.

Buy a Ford, get a cord
Casey left the race track and entered the car business by the late 1950s. After years of success as a salesman, he and his wife, Beverly, whom he had married in 1965, summoned the courage and the capital to buy a Ford dealership in Mountainair. After a decade of success in Mountainair, the couple purchased the Ford and Mercury dealership in Belen.

Casey recalls that customers in Mountainair and Belen attempted to pay for their vehicles with all kinds of goods rather than with cash or credit. Always ready to make a deal, Casey accepted land, hay, horses, goats, cattle, piñon, Navajo jewelry and drawings from a local artist. In one instance, a customer from Magdalena wanted to buy a new vehicle, although he lacked enough money for a down payment, but he did have lots of firewood.

Casey accepted the firewood as a down payment but was not prepared for the 386 cords of wood that arrived at his Belen dealership on two large semis. Left with so much firewood, Casey devised a way to use it in an innovative new promotion.

Casey promised a cord of wood to each customer who bought a new vehicle from his dealership. Casey even promised to deliver and stack the wood if customers lived within 50 miles of Belen.
Casey advertised the promotion with a TV ad that showed him standing on a mountain of wood and making the offer, “Buy a Ford, get a cord.” Casey sold so many vehicles that he soon ran out of wood. He’s sure that many people were just as interested in the free firewood as they were in the new cars or trucks they purchased.

Mijo on Air Force One
Casey gradually entered state and local politics by the mid-1980s. In 1990, he won election as New Mexico’s lieutenant governor, serving a four-year term under Gov. Bruce King.
Casey’s political stories fill several chapters in his biography. One of my favorites is about an invitation he received to ride home from Washington, D.C., on Air Force One during President Bill Clinton’s first term in office.

Once on-board Air Force One, Casey was asked if he wanted to make a phone call to share the good news that he was on the president’s special airplane. Casey attempted to call his wife, Beverly, and when Beverly did not answer, he tried calling his daughters. No one could be reached.

Finally, Casey called his mother, Ruby, and speaking to her in Spanish, told her that he was flying on Air Force One. Ruby asked, “¿Que?” Casey repeated, “Air Force One,” to which his mother replied, “Que hicites ahora mijo?” (“What have you done now, my son?”) Casey still smiles at the memory of his beloved mother and her concern about her oldest son’s getting in trouble with the U.S. president and federal government!

Lessons from a lifetime
Casey’s biography is published after more than 100 hours of interviews with Casey and many other New Mexico leaders, from Manny Aragon and Roberto Mondragon to Bill Richardson and Michael Sanchez.
Casey hopes to share his stories and values not only with his own descendants, but also with all New Mexicans who might benefit from learning how a poverty-stricken boy from a single-parent home could become a champion race car driver, a wealthy businessman and the lieutenant governor of his state.
Casey taught others by example in his life. He hopes to teach many more through this book long after he is gone. All he wants – and has ever wanted – is what is best for his fellow New Mexicans. 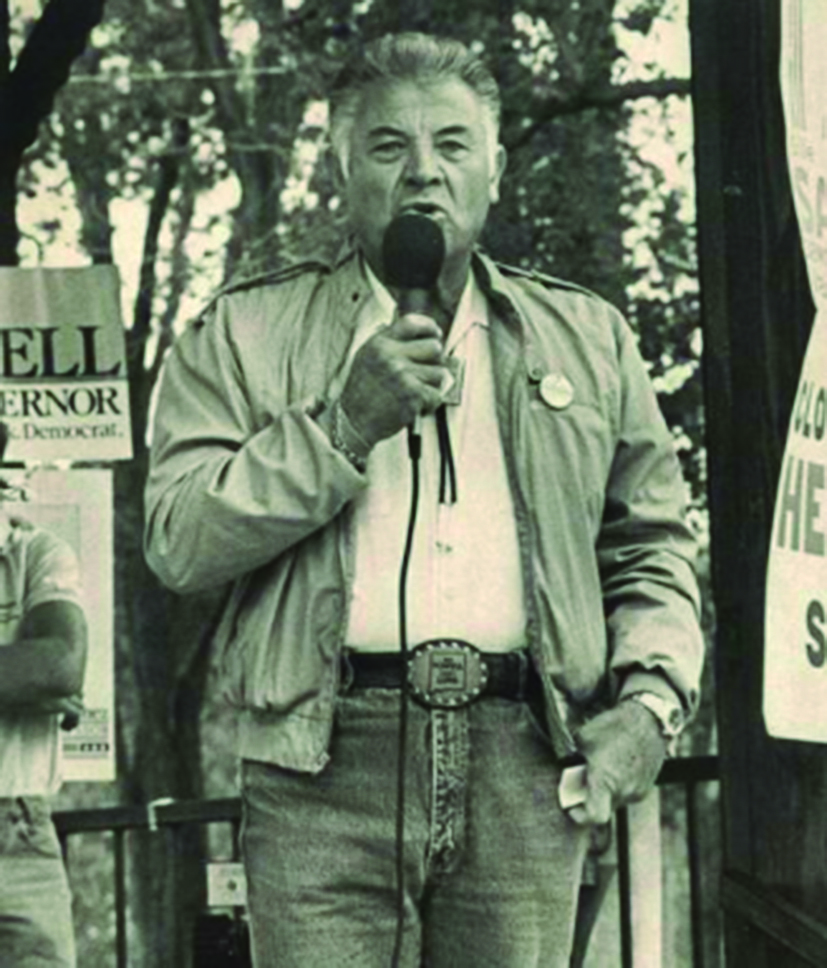