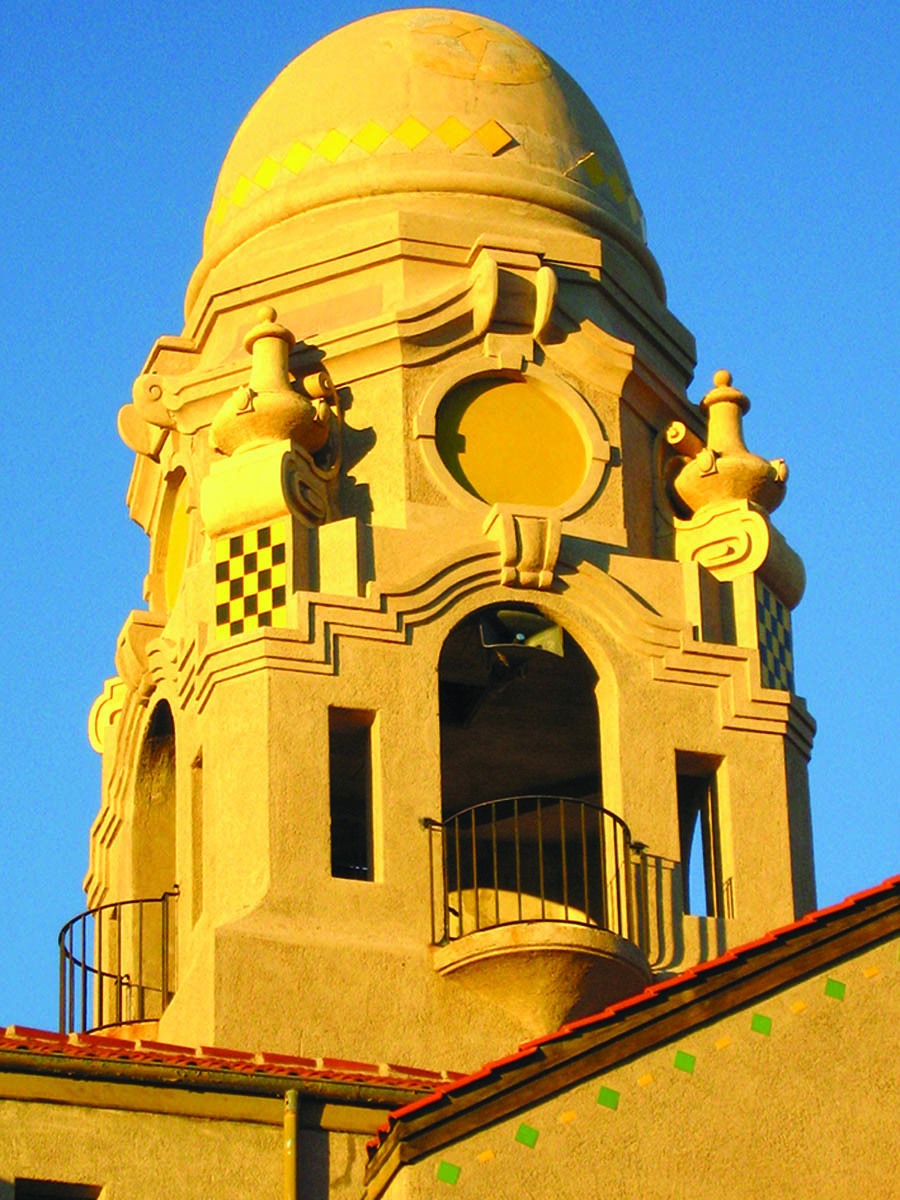 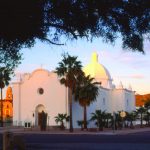 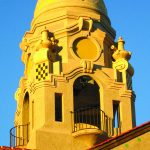 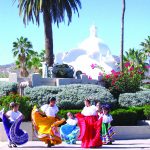 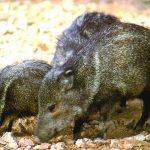 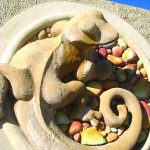 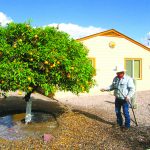 In considering what is unique—and admirable—about Ajo, Arizona, a number of things come to mind. Any one of them would be a good reason to visit or live here, but taken together, and with other charms thrown in, they explain why this unusual little town is so loved by its residents. The following attractions are in totally random order and by no means a complete list, but they are mentioned with understandable affection.

Relaxed. A subtle holdover from the days when Ajo was a mining-company town is the easy, non-competitive spirit that still pervades. The combination of corporate paternalism and geographic isolation, over the decades, bred families that were non-aggressive team players. Today, they are relaxed and unaffected by such frenetic outside-world concerns as status, pretense, and rat race striving. It doesn’t mean there’s no room for ambition; indeed, ambitious folks have much less competition here and do well. Also, probably related, is the fact that there is no graffiti or gang activity in Ajo.

Dryness. This isn’t the kind of “dry” that we associate with certain parts of the South where you can’t get a drink on a Saturday night, but rather the surprising lack of humidity that makes clothes dry on the line before the next load is out of the washer. Ajo and Pima County have a very low average humidity for much of the year and no less than two major government facilities have been located nearby for just that reason. One is “The Boneyard” at Davis-Monthan Air Force Base in Tucson, where the U.S. military stores thousands of veteran airplanes, perfectly preserved in the dry desert sun. Ajo houses benefit from that same dry, preserving air.

The other facility is the Kitt Peak National Observatory in Sells, where the lack of airborne moisture means crystal-clear viewing conditions for astronomers. In addition, Ajo, like all towns in southern Arizona, has been retrofitted with downward-facing sodium streetlights to minimize the light pollution at Kitt Peak and for astronomers throughout the area. The international Dark Sky movement originated right here. Our night skies are breathtaking, and city-dwellers especially don’t realize all that’s up there until they’ve seen truly dark desert heavens at night. Cosmic! Meteoric!

Architecture. When John Campbell Greenway first planned for the modern town of Ajo around 1914, he drew upon his experience in the mining industry and the country’s recent history of labor unrest to decide that he wanted a community that would keep his workers happy and productive. To do this, he brought in the Minneapolis architecture firm of Kenyon and Maine to lay out the town plan and design buildings, public and private, in some attractive, daring style. The style they selected was Spanish Colonial Revival.

With obvious Mediterranean and even Moorish roots, Spanish Colonial Revival first landed in the U.S. in the 1880s in Florida. Its classic features are easily seen in several Ajo buildings today, 100 years later: low-pitched tile roofs, arched passages, generous use of stucco, and lots of cast-concrete ornaments. Here in Ajo, Kenyon and Maine, to their great credit, also incorporated domes and frequent accents of colored tile to make the genre even more exotic and attractive. The Curley School, Railway Depot, large arcaded areas around the Plaza and several homes along La Mina and Morondo Avenues are fine places to see their handiwork.

Backyard Nature. Even if a person doesn’t actually own a domestic pet in Ajo, it’s easy to be entertained by the animals—in this case the wide variety of critters that can be seen in streets and yards throughout the town. Where else do waist-high chain link fences to keep curious javelinas from munching the cactus and walking in the back door surround most yards? Where else is there a nightly serenade of howling, yipping coyotes? Ajo was one of the first towns in the U.S. to gain Certified Community Wildlife Habitat status and there are hundreds of yards that are veritable oases for birds, reptiles, bunnies, bats and varmits of every stripe. A friend has a list of 65 bird species plus 8 mammals and an equal number of reptiles, seen in and from just his own yard.

Diversity. For the lover of social and cultural variety, Ajo is a gem. Being this close to the Border, the best parts of traditional Mexican culture are authentically here and most in evidence around the Catholic Church and the Plaza during the many festivals and events that take place in both. Our Lady of Guadalupe, Cinco de Mayo, Juan Diego, quinceañeras and numerous Catholic rites are among the events celebrated with food, music, dancing, parades and sacred rituals.

Much more subtle, but nonetheless significant, is the presence of the Hia-Ced O’odham or Areñeros, the descendants of the people who in antiquity controlled trade routes between the Sea of Cortez and inland peoples. There are many Hia-Ced families in Ajo who contribute to society here and impart a satisfying feeling of historical continuity that most other communities lack.

Ajo, because of its uniqueness, tolerance and winter climate, also has residents from several other countries. Canadians are in evidence at many dinner parties and frequently volunteer for civic projects. In recent years, a significant number of Filipinos have arrived as schoolteachers and, along with their kids, are very active in the community. (It’s a joy—and mystery to many—to hear Tagalog spoken in the backyards of Ajo.) Add to them European snowbirds and adventuring bicyclists, and there is always someone different and interesting to talk with.

Unique Habitat. Draw the simple outline of a saguaro cactus on a cocktail napkin anywhere in the world and the smart waitress will say, “Southern Arizona.” Maybe it’s due to cowboy movies or Wiley Coyote, but the Sonoran Desert, of which millions of acres surround Ajo, is absolutely unique on the planet Earth. There is no other place like it. 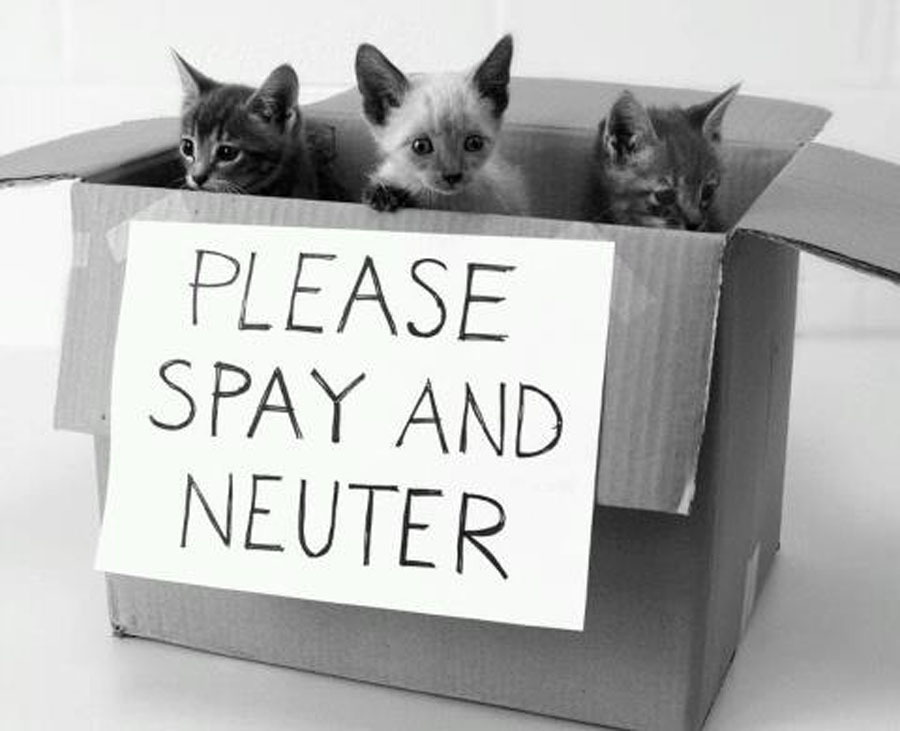 It’s Up to You Exhibit