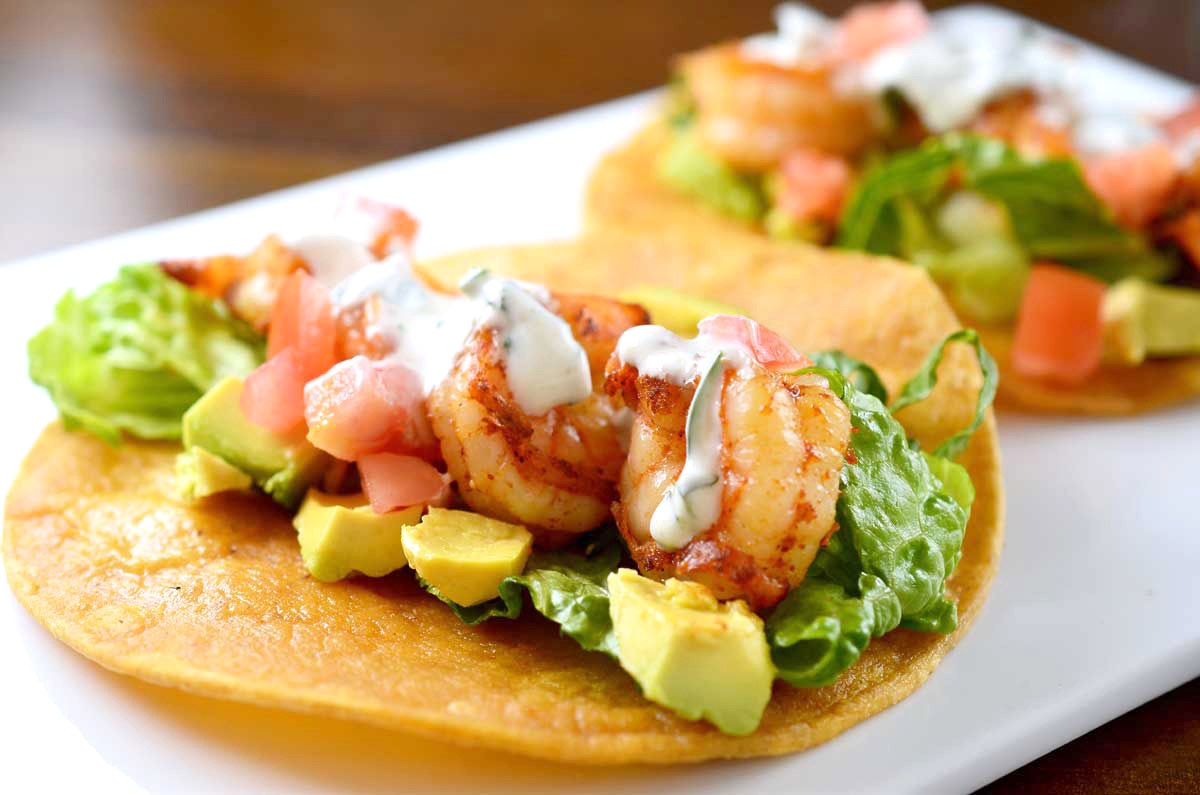 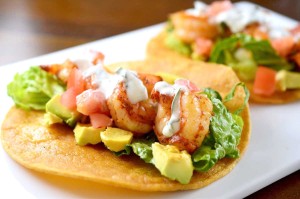 Shrimp season starts in September and goes roughly until April. The “rule of thumb” is that the shrimp is fresh in the months that have an “R” in them. You can still purchase shrimp in the summer months, it’s just frozen stock.

We buy our shrimp on the Malecon. Ask them to clean and de-vein the shrimp and put them on ice for the ride home. The price of shrimp runs around $5 to $7 per pound. The jumbo shrimp are the most expensive, but we love them because they taste like lobster when sautéed in butter!

Here is our absolute favorite shrimp taco recipe that we make as often as we can. It’s really basic, really fast, and totally delicious! It’s so easy, I’m not sure it qualifies as a “recipe”, but here goes:

Clean the shrimp under cold running water to make sure all the shells are removed and all are de-veined.

Throw them in a skillet with butter and garlic and cook until done.

In another pot, boil the asparagus to your desired tenderness, we like ours firm.

Warm the tortillas, put them on a plate, put on the shrimp and asparagus and enjoy!

In the spirit of culinary research, I also made some shrimp recipes I found on Pinterest:

For Fall…Cajun Pumpkin soup with shrimp…modified from thehungrybelgian.com and marthastewart.com…I’m a big recipe combiner…I really don’t like anything with too many ingredients, or things I don’t have on hand, or really anything that takes more that 30 minutes.

1 cup wine (I used red because that’s what we had, white would be better aesthetically)

2 tbsp Cajun seasoning, plus a pinch of cayenne pepper

Sauté chopped onion and celery in a large soup pot. Splash in some wine, the broth and pumpkin and bring to a boil, then simmer. While the soup is cooking, sauté the mushrooms in a small pot. Cook the shrimp in a skillet with olive oil and Cajun seasoning. Blend the soup so it’s smooth, and stir in the half-and-half; then add the shrimp and mushrooms; season with salt, pepper, and Cajun seasoning to taste. (Note, after a long day at the beach and pool, I didn’t take the extra time to blend, it was delicious, just not so pretty to photograph!)

My second dish was a spicy creamy shrimp pasta modified from juliasalbum.com:

Sauté onion and garlic in olive oil, add tomatoes and chicken broth, season with salt, Cajun seasoning, and red pepper; simmer 10-15 minutes; cook pasta while the sauce is simmering. Cook the shrimp in a skillet with olive oil and sprinkle with Cajun spice and crushed red pepper. Once pasta is done, mix the half-and-half into the red sauce and remove from heat. Season with salt, pepper, and red pepper flakes to taste. Combine pasta, cream sauce, and shrimp; serve immediately. 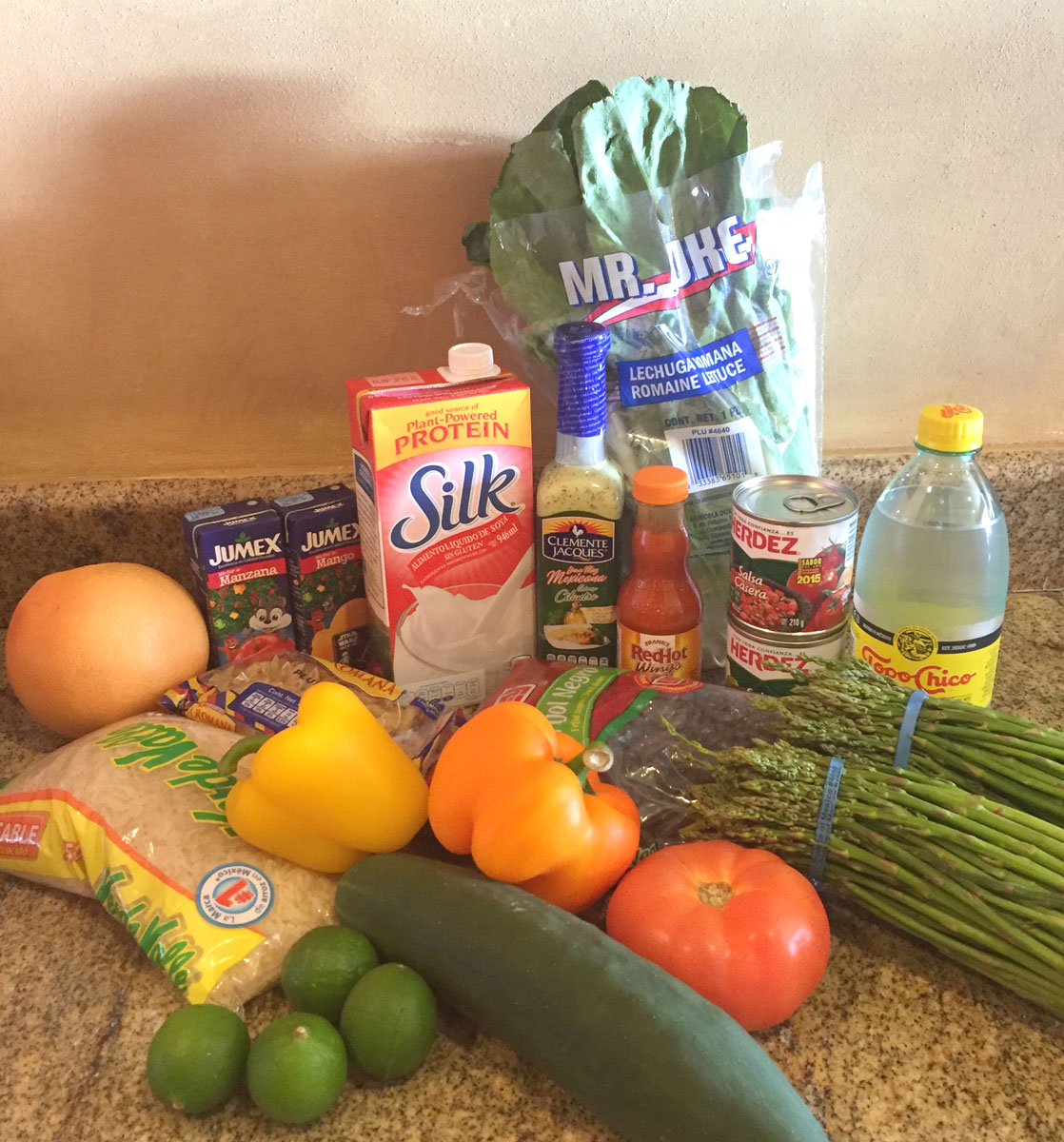 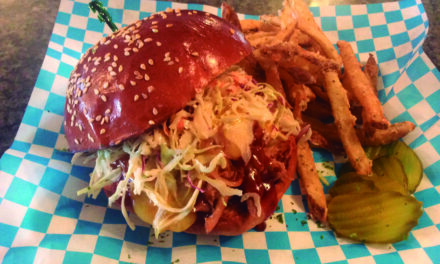 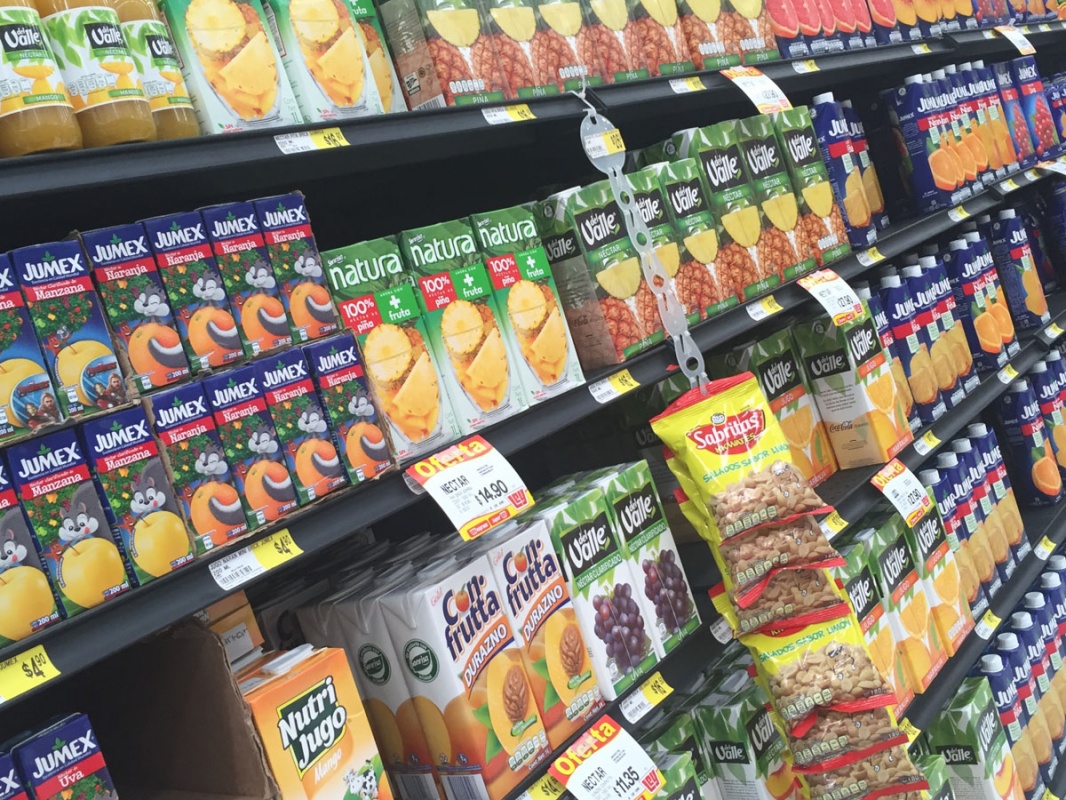