As spring break approaches I am proud to say that I have spent my last 20 years visiting Rocky Point Mexico every year at this time. There is so much to offer in the little fishing village south of the border. Rocky Point is the closest drive from the Phoenix area to reach the ocean, and what a beautiful ocean it is. In less than four hours you and your family can be walking along the soft sand beaches of Puerto Peñasco looking out to the calm blue waters of the Sea of Cortez or enjoying one of the three golf courses in the RP (Rocky Point) area. There are so many water sports to enjoy as well, from fishing to jet skiing, water skiing, kite and wind surfing, sailing, or just simply laying out and taking in the rays of the abundant sunshine that RP provides.

I have spent 30 years on the streets of Phoenix as a fire fighter and my last 5 years in law enforcement, and I am here to tell you I feel safer and more relaxed spending time in Rocky Point than ever before. What’s the old saying? “Don’t believe everything you hear”. Once you have experienced the people, culture and the nature down Mexico way, you will see what I mean.

There isn’t a time of the year that Rocky Point doesn’t have something to offer its visitors. From January through April you will encounter hoards of sea mammals playing and carrying on in the Sea. There are four types of whales that visit RP each winter. The Minke, Grey, Fin and Humpback.

Some facts about these creatures you may not know. Did you know the Grey Whale only gives birth in one body of water in the world, yep you guessed it, the Sea of Cortez. The Fin Whale is the second largest whale in the world. Humpback Whales are considered the ‘Songsters of the Sea’ as they sing to their mate a delightful bellowing melody that carries for miles across the ocean. Humpbacks are also one of the only whales in the world that conduct a full breach high into the air and regularly flap their tails on the surface of the water. This time of the year I have seen the Fin and the Humpback whales on each trip out to the sea. They have never let me down.

I posted a video that I produced on YouTube titled: “Rocky Point Mexico – Humpback Whale” that will show you some of the whales we encountered. I think you will enjoy it.

Another beautiful sea creature that roams the oceans of the world is the Dolphin. There are two main dolphins that frequent the waters of RP year around, the Bottle Nosed Dolphin and the Spinner Dolphin. Last week, (Jan 2014), we arrived to spectacular 75 degree days and were lucky enough to witness a ‘Dolphin Stampede’. There were thousands of Dolphins that surrounded our boat and the escapade went on for hours. I have some of this video footage on YouTube as well titled: “Dolphin Stampede in Rocky Point Mexico”.

Although we felt the dolphins were following our every move, they were really chasing a giant fish ‘bait ball’ that may have been as large as a half mile wide. While we were observing a Humpback whale in the area, the dolphins appeared out of the horizon and marched right towards us. Being a curious and playful sea mammal, they couldn’t resist in playing in our wake at the bow of the boat in the middle of their quest for lunch. Everyone in our party wished they could jump in and swim along with one of God’s most awesome creatures.

Each of us has a “Bucket List” of some sort. For me, I can honestly say I scratched off two big items on my bucket list while visiting the beautiful waters off the Rocky Point coast. Getting up close to a Humpback Whale and being in the middle of a Dolphin Stampede.

Steve Franklin photos can be viewed and purchased at Xochitl’s Restaurant in Cholla Bay and at Gaby’s Gallery near the fish market – Custom orders on prints and frames accepted. 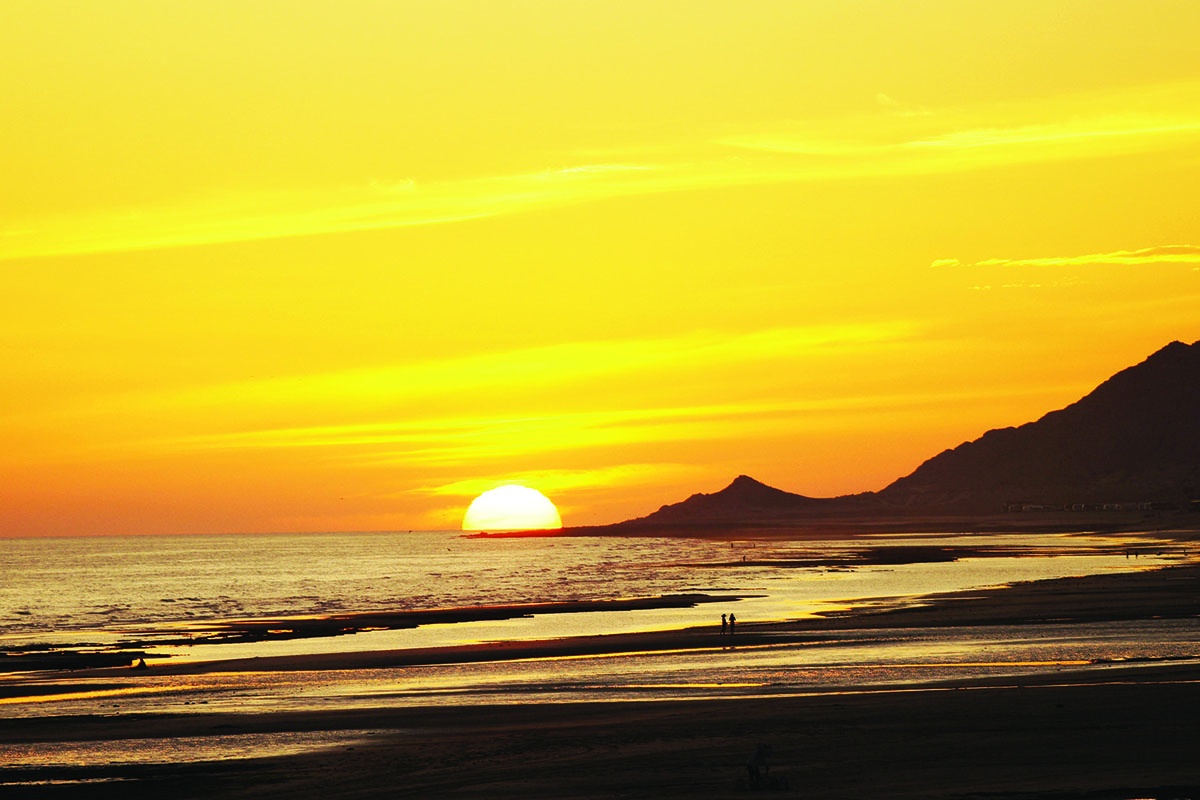 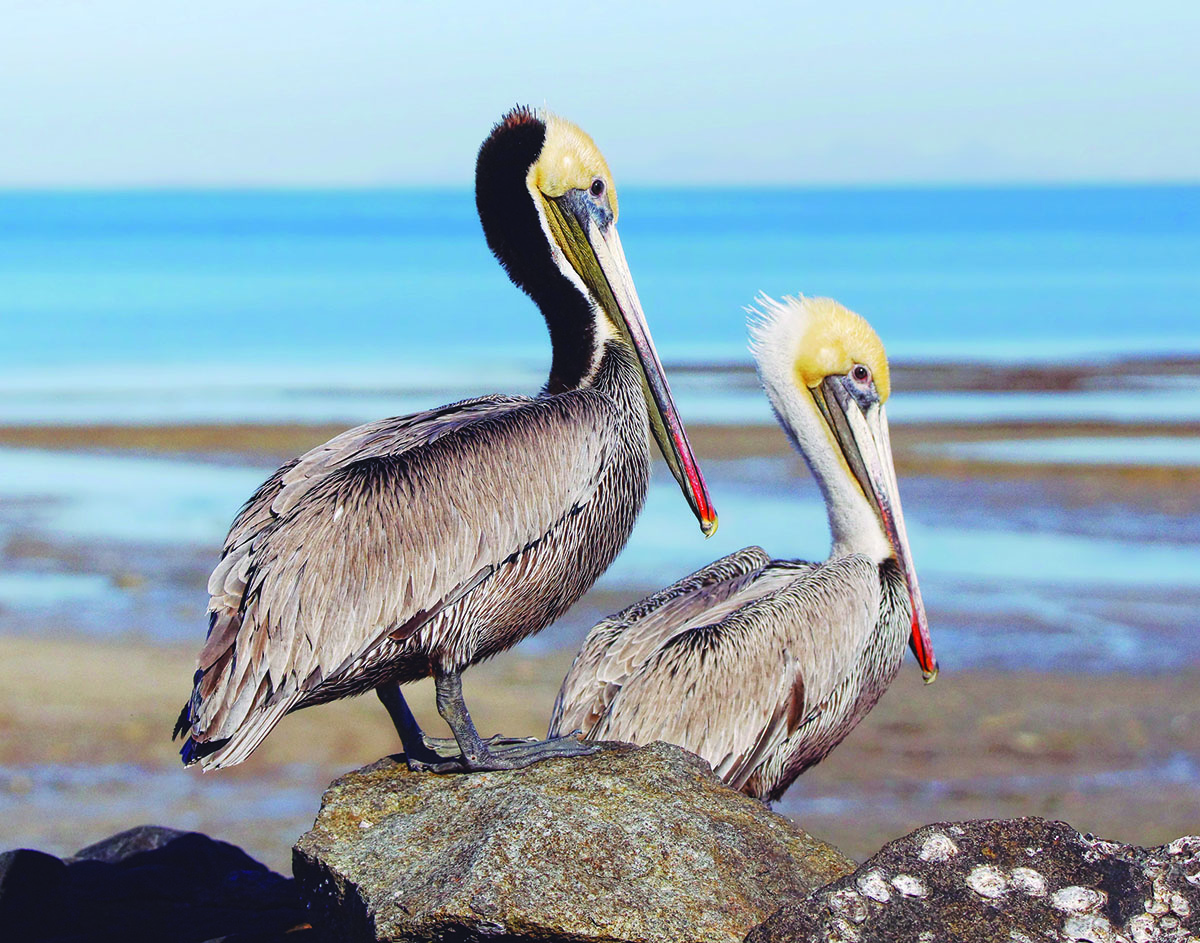