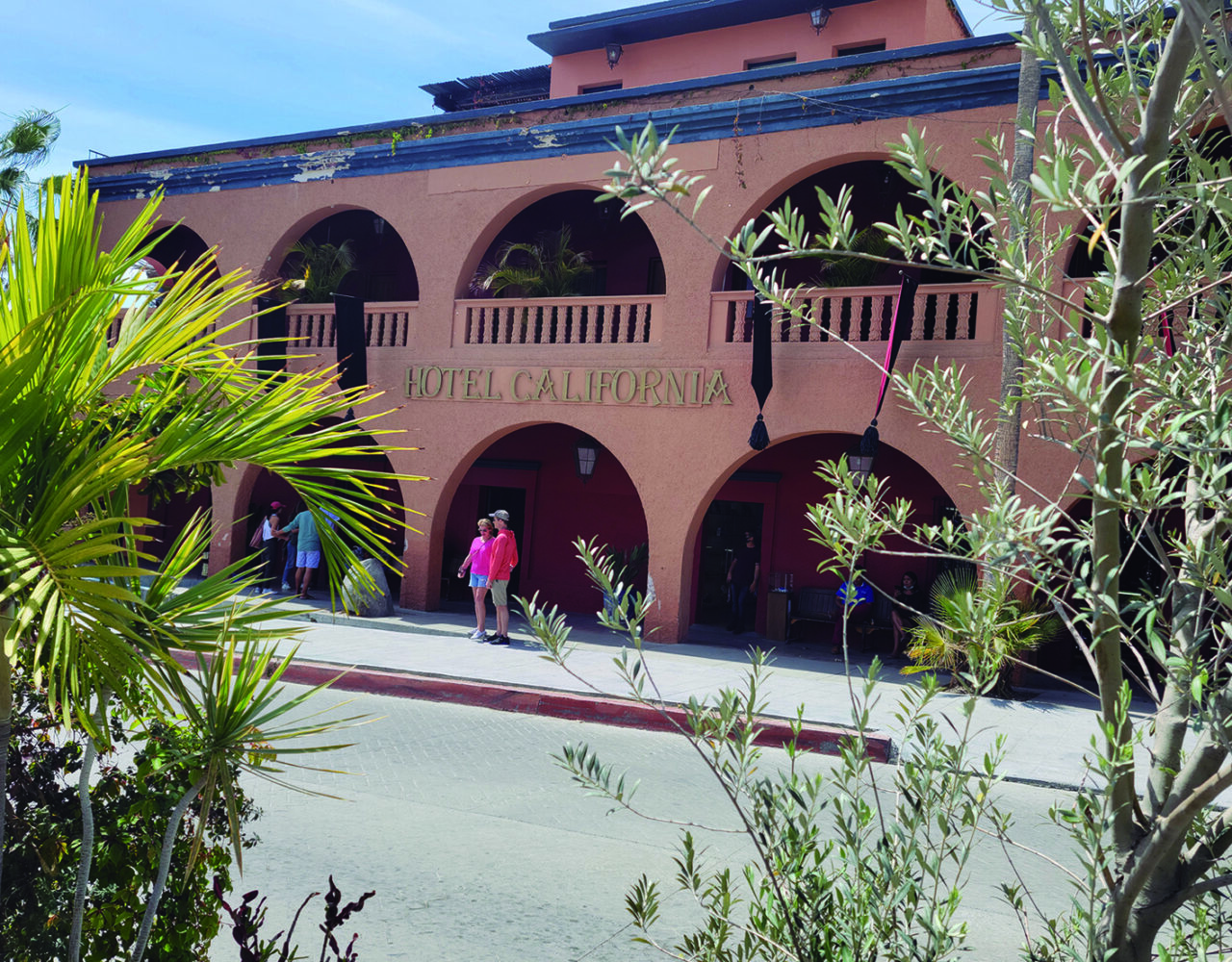 Leaving Rancho Leonero, we made our way down to Cabo San Lucas, although we were not staying in that tourist mecca. We had an option of backtracking and driving across Baja to our next stop, Todos Santos, through La Paz and Triunfo, but opted to go ‘around the point’ just to say we did it. The drive to Todos Santos was an easy one, with the majority of traffic encountered in Cabo, as you might expect.

Todos Santos is home to the ‘original’ Hotel California, of Eagles fame. It is a quaint town with lots of shops and places to spend your dollars or pesos. It definitely has a “tourist” vibe and a lot of the draw is that hotel. We had not planned to overnight in Todos Santos, much to the chagrin of the ‘shoppers’ among us, but did enjoy a lunch at the Hotel California, where an itinerant potter had set up his wheel, and was making clay items for the tourists (for free, but tips were encouraged). The place was pretty crowded, with Santa Semana kicking off. We will most definitely return to Todos Santos for a more ‘in depth’ look at this west coast town at some point in the near future, but today, we were just passing through on our way to Bahia Magdalena, also a whale watching locale.

Our plan for this part of the trip was determined by the fact that there were few roads along the west coast, which necessitated backtracking on Highway 1 through La Paz to Ciudad Constitiucion and then west to the fishing village of San Carlos (yes, there are more than one San Carlos’ in Mexico). We made arrangements to stay at the hotel Mar y Arena (Sea and Sand). After a long drive over roads that we had previously driven, we finally arrived at our hotel as the sunset. The accommodations were “different” but comfortable. As it turned out, the entire property was booked for Semana Santa starting the next day. Fortunately, we were only staying the one night, as our plans had included this stop only as a rest. San Carlos is a tiny fishing village on Magdalena Bay and there is not much to recommend it, beyond fishing, for tourism. I’ve used the term “gritty” to describe Santa Rosalia, and that fits San Carlos pretty well.

Most of the rest of our trip up the west coast of Baja was not really ‘on the coast’ because there are so few roads other than Mexico 1, which we traveled on the way south. From this point on in our trip, with a few notable exceptions, we would be revisiting places we had been to on our way south. After departing San Carlos, we headed north on Federal Highway 1 to the town of La Purisima. This stop was personal. Friends of mine own a cabana business next to the river in this tiny ranching and farming town and stopping here to see them was an absolute must. The town itself is old, and quaint. I once had the opportunity to view their “hall of records” (my friend, Alberto Higuera, was the alcalde [mayor] at the time) where all births and deaths in the town have been recorded since the town was founded by the Jesuit missionary Nicolás Tamaral in 1720. Some of the older records are on sheepskin scrolls!

After renewing old friendships, we headed out toward Comandú where the two Highway 1’s merge together again just south of Bahia de Concepcíon on Baja’s east coast. We, planned to stay at Ignacio Springs just overnight on our way back, but Bonnie and Paul Vandervelde are such gracious hosts that we felt obliged to stay another night or two…our yurts were calling!

Leaving Ignacio Springs is harder than it sounds…it’s so comfortable, but time, tide and our travel schedule wait for no one, so it was on to our next stop, the small village of El Rosario on the west coast. This was the longest stretch of driving we did during the entire trip, and, at 8 hours, it was a haul. We did get to see some Boojum trees (also called Cirio in Spanish), which only grow on the Baja and a small area of mainland Sonora. These prehistoric trees look like giant carrots growing up out of the ground instead of down into it. Some can reach a height of 70 feet! Driving to El Rosario is tedious, but the road is in pretty decent shape, and if you enjoy seeing pristine desert, it is an interesting trip.

Even though the town is tiny (about 1,500 people) it is famous as a stop on the Baja 1000 road race, and for Mama Espinoza’s Restaurant! The restaurant is just a short walk down from the only hotel in town, the Baja Cactus. The hotel rooms are spacious, well appointed, and comfortable. As you might imagine, the guys who drive the Baja 1000 want some comforts at the end of their grueling day, and the Baja Cactus does not disappoint.

Staying in El Rosario was planned to take the stress of that long drive off and leave us ready for the next leg of the trip…through Ensenada to Valle de Guadalupe and wine country! 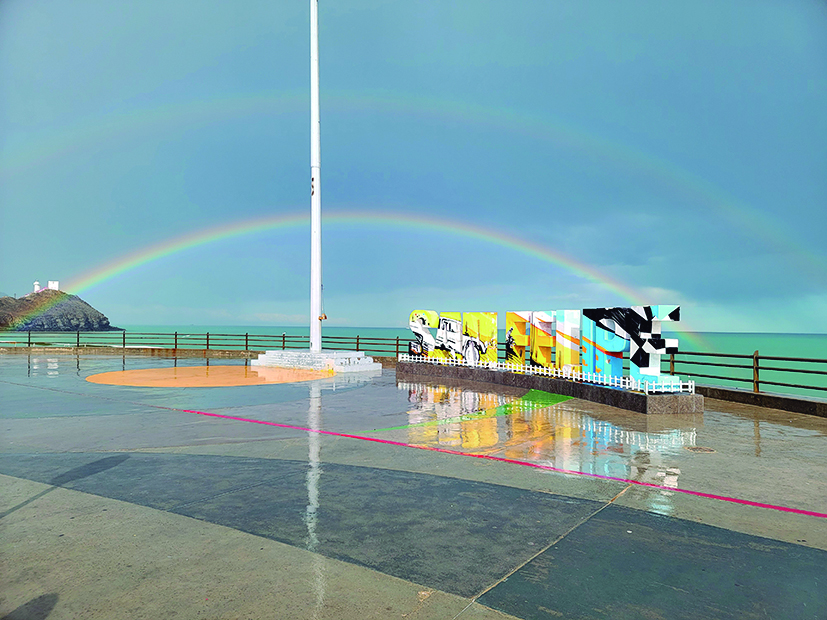