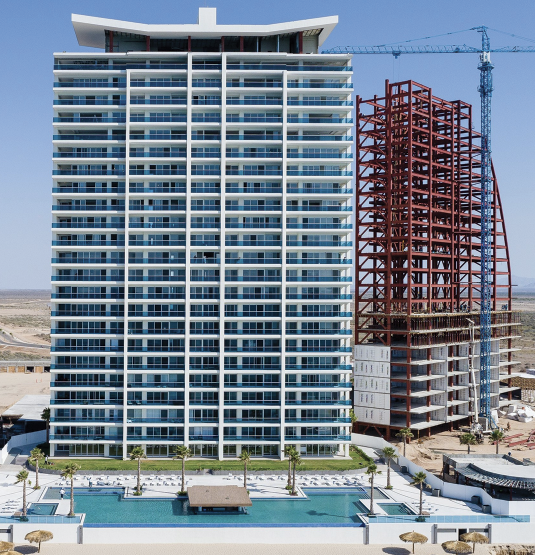 Apologies to the late David Bowie on this article’s title. You know, I’ve heard it said that inside every old person is a young person wondering ‘what the hell happened??!’ The older I get, the truer that adage is. After spending almost a month driving around the Baja peninsula visiting many small villages, the culture and lifestyles of “old” Mexico are fresh in mind. It is that culture, and the people from those small villages, who give life to that indefinable ‘something’ that makes me nostalgic for things that I remember about why I came to Mexico in general, and Peñasco specifically, many years ago.

Remembering the ‘old’ Puerto Peñasco is all one can do these days. Sitting up at Casa del Capitan sipping a frozen margarita with a few friends, someone commented on the condo/hotel towers at Sandy Beach, and my mind began to reminisce. I thought about the first time I came to Rocky Point back in 1977. We camped out on Sandy Beach next to Competition Hill. Other than a cinder block building known as The Reef (still there), there were no other structures of any kind along the beach until you got to the Playa Bonita Resort. Back then, the Reef had gang showers and for a dollar you could get cold beer and a fresh water shower (after three or four days ‘camping’ in the sand, a shower, alone, was worth the buck).

Deciding to get a piece of paradise back in the early 90’s, and then building out at Playa Miramar seemed like a real ‘iffy’ adventure back then and investing a significant amount of personal “treasure” was a bit scary. The town, at that time, had few amenities that Norteños would even call amenities. It was an adventure just to find miscellaneous hardware items that we occasionally needed during construction. The upside was we got to know the town pretty well, because the obscure little ‘ferreterias’ were just that, obscure. You just never knew who would have what you were looking for, or where they might be located. Sharing the locations of these local treasure troves with friends and neighbors out on the playas was always fun. You almost felt like some explorer or trailblazer…a la Indiana Jones, but without the Nazis.

I remember flying into the old airport that used to be north of town on Benito Juarez and meeting commandante Carlos and his second in command, Alfonso Dominguez. Carlos has since passed away and Alfonso now runs the international airport out near the Mayan Palace. The old airport has been closed for years. I mention flying in because when you crossed the border over Lukeville at about 10,000 feet of altitude, you could not tell where Peñasco was. Oh, you could see the Sea of Cortez at altitude from Lukeville, but you couldn’t see the town from that distance. I can still remember the first time I flew here, and the first condo tower construction had begun back in the late 1990’s. Once, after it had been a while since I had flown in, it was a real shocker when at altitude from some 70 miles away, you could clearly see it!

Since that time, of course, numerous condo/hotel towers have been constructed and more are being built.

Over the years, those of us who live south and east of town on the “playas” of Encanto, La Jolla, Dorada and Miramar watched, apprehensively, as Sandy beach ‘developed’, bringing more people, more traffic, and more tourism to Peñasco. Along with those things came civilization…more and better restaurants, shopping, and civic improvements like parking meters on the Malecon.

We held our collective breath as the towers continued to climb skyward, hoping that development would stay on Sandy Beach and spare the pastoral nature of our little slice of heaven (haven’t you ever wished that they would close the border after you come here?). Then Vidanta built the Mayan Palace, the Grand Mayan and Playa Azul started construction…but the crash of 2008 stopped that project in its tracks. It has since resumed construction and it filling up quickly. Well, the 2008 crash is a memory and even COVID couldn’t stop the construction of condo towers across Peñasco.

As I write this, the newest project, Encantame Towers, is going at full speed with the first tower occupied and the second one under construction, with the third on deck. Having visited many of the projects on Sandy Beach over the years, we decided to check out the Encantame project. Considering the first tower sold out and the second is almost completely sold with the third also just about ‘pre-sold’ out, and it is down the beach next to Playa Encanto, we decided to see what all the fuss was about.

All I can say about Encantame Towers is…WOW! Not only are the model condos super luxurious, the proposed build out of the development is nothing short of stunning. Of course, for those of us who are familiar with ‘proposed’ build-outs in Puerto Peñasco, the final product will remain to be seen, but based upon the speed and quality of the first tower and the start on the second, I’d say this project will be the premier development for Peñasco for the foreseeable future. Taking absolutely nothing away from places like Las Palomas, Puerta Privada and the others on Sandy Beach, Encantame is pretty spectacular in that it incorporates all the newest design and technologies and of course, it’s new…

So, changes aplenty for the old gringo. Not all for the good, but most have made our town better in the long run. Since you can’t stop progress or the flow of time, it is best to just sit back and enjoy it or ignore it if you can. By the way, welcome to all of our new neighbors whether part time vacationers or expat residents.  Please remember why you came to our fair city and try your best to love it as much as we do. For us old timers’ nostalgic moods, there is always Baja. 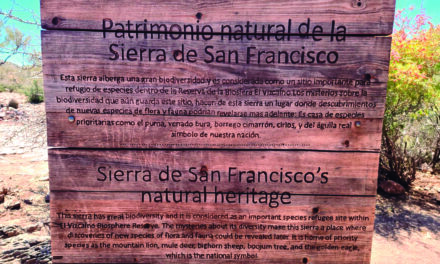 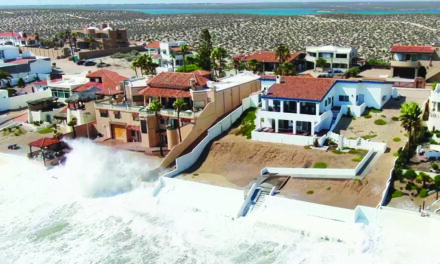