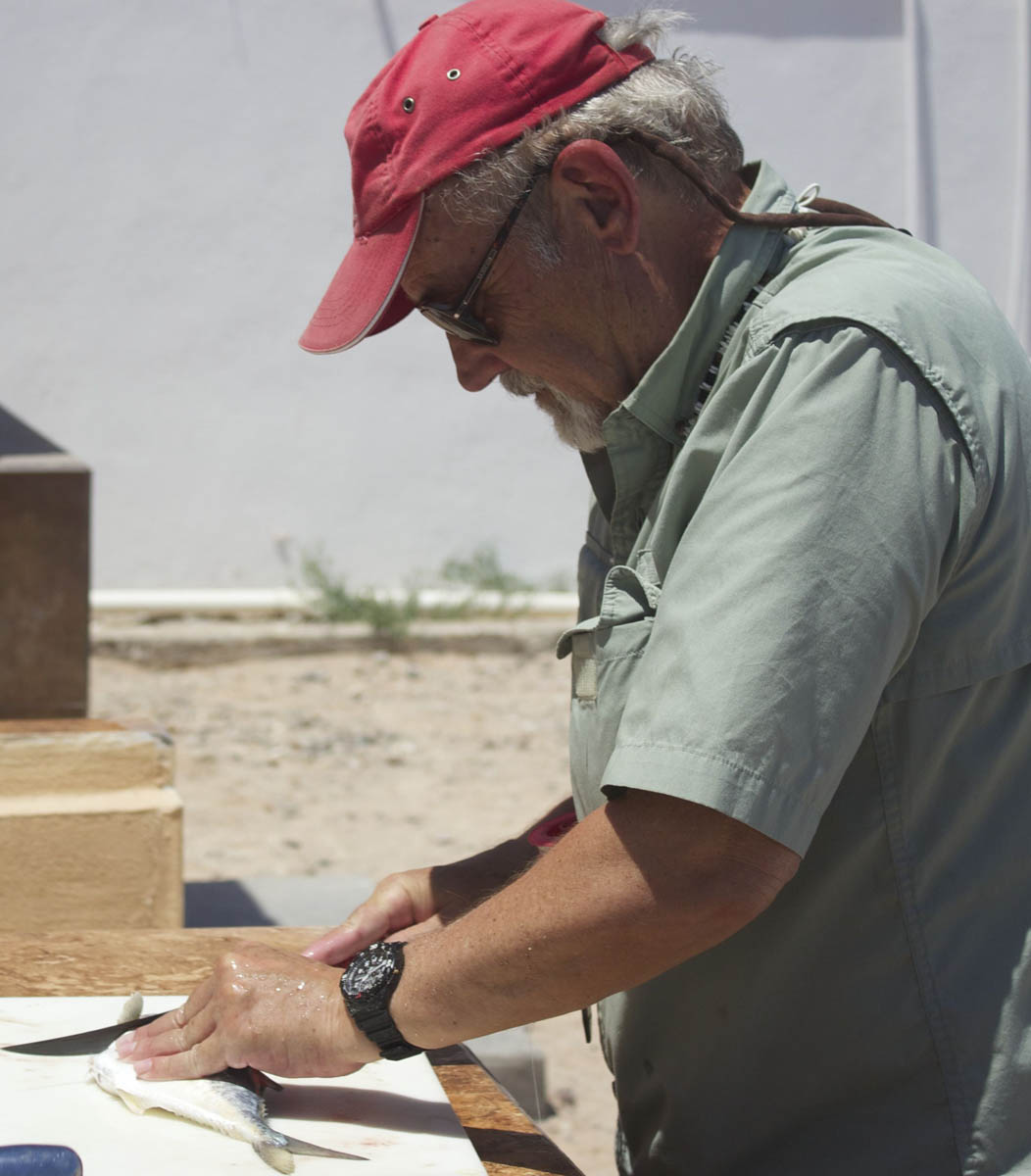 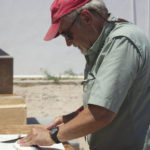 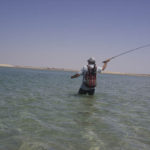 I was hiking back to my SUV at the First Estuary with my fishing buddy Dave Weaver, when I encountered another fishermen just getting started. He admitted that he was running late, repairing the garage door had kept him off the water earlier. I didn’t say anything but I had a backpack full of 12 inch Pompano that were destined for the smoker. He introduced himself as Bill and wanted to know if I was Vince “The Fly Fishing Hardware Guy”? We exchanged fish stories. He said he enjoyed my articles, but was skeptical about all of the different fish that I claim to have caught. Let me say that their is a glimmer of truth to all of my fishing stories, and I have caught over 30 different species of fish in Rocky Point. I should probably list a disclaimer on each story. Something to the effect that this information is not intended or implied to be a substitute for professional fishing advice. Your results may vary, and no health benefits have been scientifically proven from going fishing.

I’ll admit that sometimes my fly fishing skill, luck, seems almost too good to be true. I am always a glass half full kind of guy. I figure you would be more interested in someone catching fish, than say working on things that need to be fixed around the house. We have all had plans to be on the beach, fish, ride quads, etc. and have spent the day fixing a plumbing problem, car problem, or helping a neighbor with their problem. Some of those stories could be quite humorous, but that is not my kind of story.

I don’t always catch fish, but when I do it usually turns into a fish story. Spending time in Puerto Peñasco puts you in an ideal place to catch some fish. As a fly fisher I target smaller, but more numerous fish. I am usually fishing an incoming tide, structure that has been productive in the past, and I am fishing with gear that has a proven track record for catching fish. You want to line up as many things in your favor as possible to improve your possible catch. Winter can be difficult fishing, I had more days than usual where I had to work long and hard to catch a few fish. I would say that early fall is the best fishing, and late spring can be good also, summer is good fishing but the heat and humidity keeps people off the water. Late winter and early spring can be the most difficult time of the year to fish.

Generally if you can get on the water it’s a good day to fish. My average day of fishing is usually a catch of 12-20 fish. When the bite is on the numbers can be mind boggling. I have had days where I catch a fish or two on almost every cast for several hours. This does not happen often enough, but your odds increase tremendously if you are out fishing, rather than working on the garage door. My wife knows if there is a good bite I’ll be fishing, she has the garage door company on speed dial. Vince Deadmond, “The Fly Fishing Hardware Guy” can be reached at Best Hardware 237 N Apache Trail Apache Junction, AZ vince@ajbest.com and 480 982 7461. 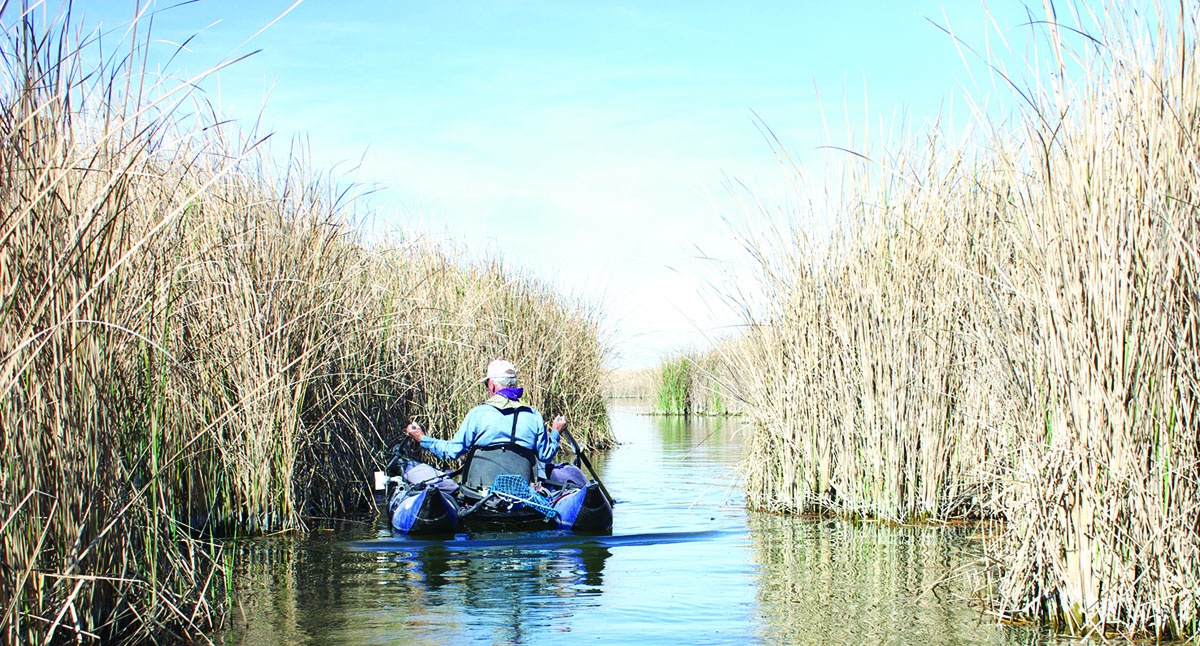 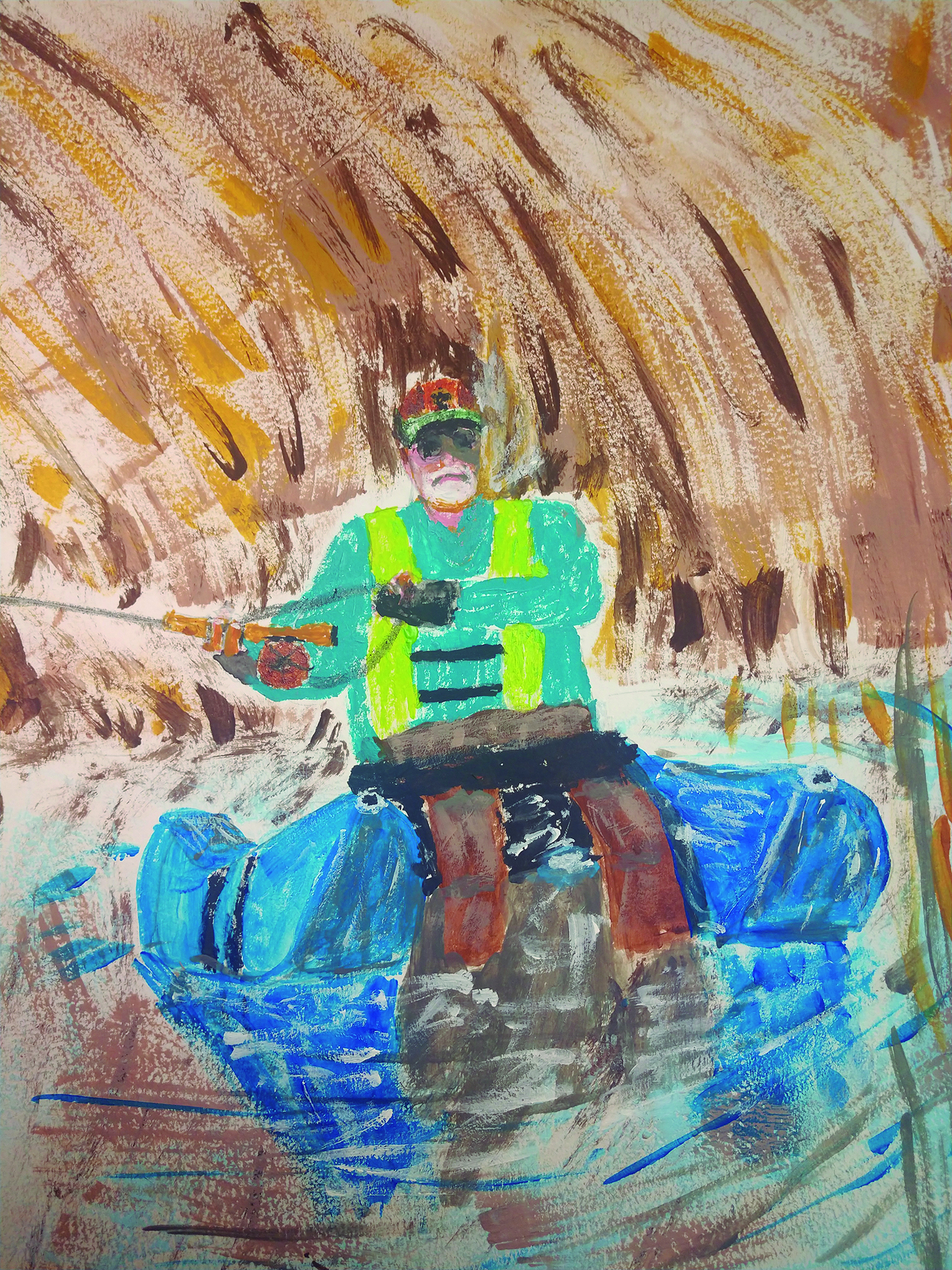