If you were one of the crowd estimated at 1,000 to 1,200 in attendance at the 6th annual Taste of Peñasco T.O.P. Chef Competition and Show on Saturday February 16, you surely experienced the atmosphere of “perfection” that prevailed throughout Plaza del Camarón, starting with the weather, as perfect as it could be, and the 32 exhibits, sold out and offering a perfect selection of homemade, manmade and fabricated arts, crafts and products, plus the food tents with perfectly prepared specialty dishes from all parts of Mexico, Italy, France, even Greece; the perfect mix of performers who provided a variety of music that created the mood of friendly celebration that permeated the plaza all day.  The center of attention was the creative perfection with which five of Puerto Peñasco’s best culinary artists showed their finest skills in the 6th annual TOP Chef competition to determine the supreme of the supreme among our city’s great restaurants.

This year the chefs were assigned a prep area inside a large tent divided into five sections. Each section drew a crowd of onlookers who applauded the chefs as each completed a course, which was then whisked away by formally clad waiters for delivery to the judges who were grading each course on presentation, creative use of the secret ingredient and flavor. It was quite a show and the creative presentation of the dishes by each of these outstanding culinary artists was worthy of the cheers and applause each received.

The distinguished panel of judges was of a caliber that didn’t have to pull any punches when it came to determining the TOP Chef among the competitors. However, even they had to admit that the decisions they made were close enough that any of the chefs could be deserving of the top award. But a supreme culinary artist did rise above the rest in the end and that chef, the T.O.P. Chef of 2013 was Neftalí Ponce of the Mayan Palace, announced by the First Lady of Puerto Peñasco, Rafaela Félix de Figueroa who is also the President of DIF, one of the three charities to whom the proceeds of the festivity were donated. DIF Director, Samuel Ortega Castro announced the second place runner up for TOP Chef 2013, Chef Juan Caballero of Mare Blu.

Sharing the stage with the First Lady and DIF Director, Samuel Ortega was John Fowler of JJ’s Cantina fame who’s Santa Claus Club was one of the charities benefitting from the Taste of Peñasco along with the local volunteer fire department.

DIF’s portion of the proceeds that were raised at this event are ear marked for their Hemodialysis Project, the badly needed medical device, lack of which right now is causing those whose life depends on such treatment to waste precious hours traveling out of town to access a machine.

Thanks to the kindness of Puerto Peñasco citizenry as well as a couple of gringos who spend a lot of time in Rocky Point, and who are without a doubt two of the most caring achievers on our planet, a surprising amount of additional donations were given Saturday afternoon specifically for the Hemodialysis Project.  First, local resident, Dr. Doug Allen presented the First Lady with a check for $1,000 US dollars. Then, Greg Bindel and Joe Rodriguez, both in the medical field in the Phoenix area, presented the First Lady with a check in the whopping amount of $7,000 US dollars.

Greg and Joe were fulfilling a promise made to Rosie Glover of the Tourist and Visitors Assistance Office (and head of the over-achieving committee who put this event together), that if they won the drawing for a Harley Davidson that was held last year, they would sell it and donate the funds to purchase a hemodialysis machine. God works in wondrous ways. Their good intentions were blessed as one of their raffle tickets was drawn for the Harley.  They were successful in selling the bike and promptly wrote a check to the DIF Hemodialysis Project for the $7,000 selling price. By the way, look for an in-depth story on this blog in the near future about the numerous times these two charitable individuals have miraculously come through with needed items for so many in our community.

If you were not among the crowd attending this year’s Taste of Peñasco, you’ll want to look for the dates of next year’s event—that will be the 7thsuch event—and mark your calendar to clear that weekend to come down to Rocky Point. In addition to the reasons above, we still didn’t cover all the great activities and fun that went on throughout the day, such as the constant prizes being given away from raffle drawings all day long. And the prizes were really exciting. And of course you can’t forget all the other fun beach, water and cultural activities that abound in our little slice of paradise by the sea. 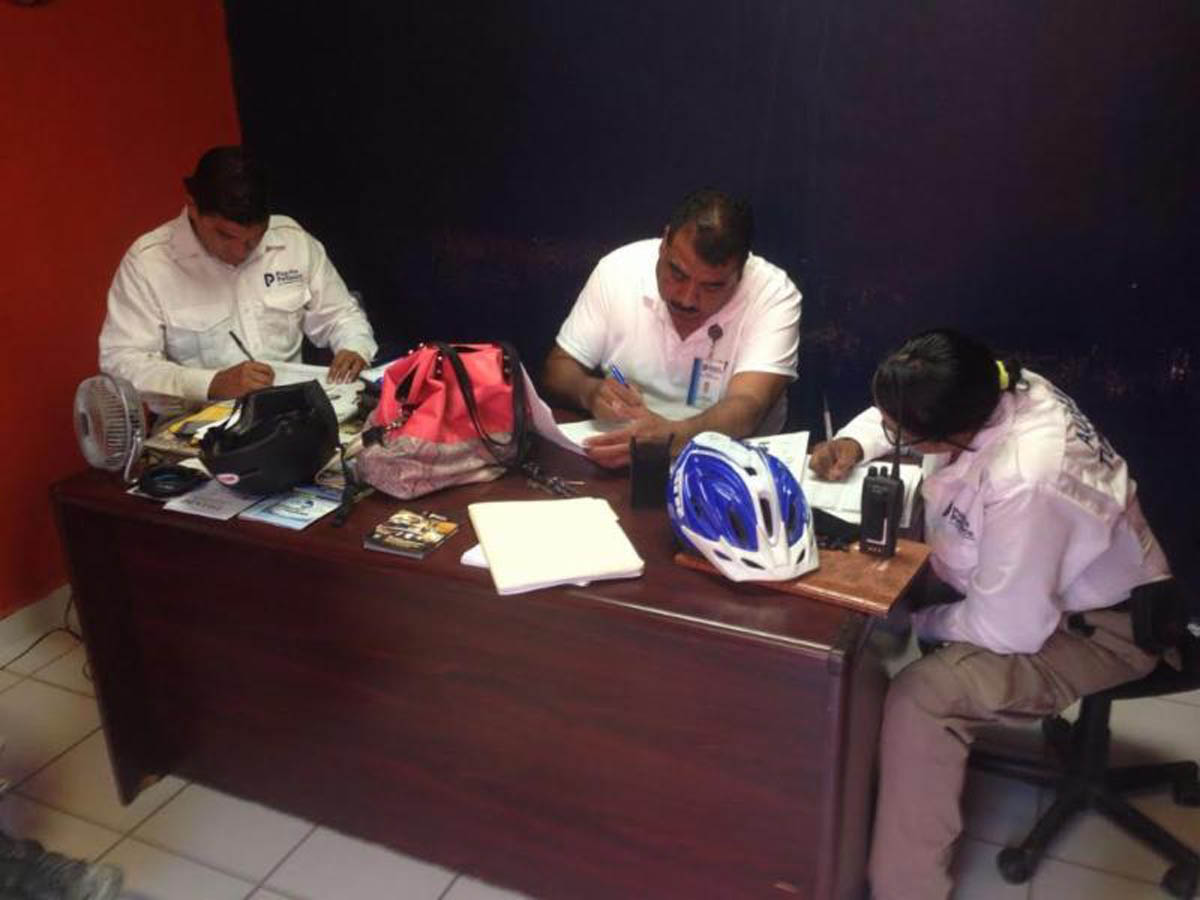