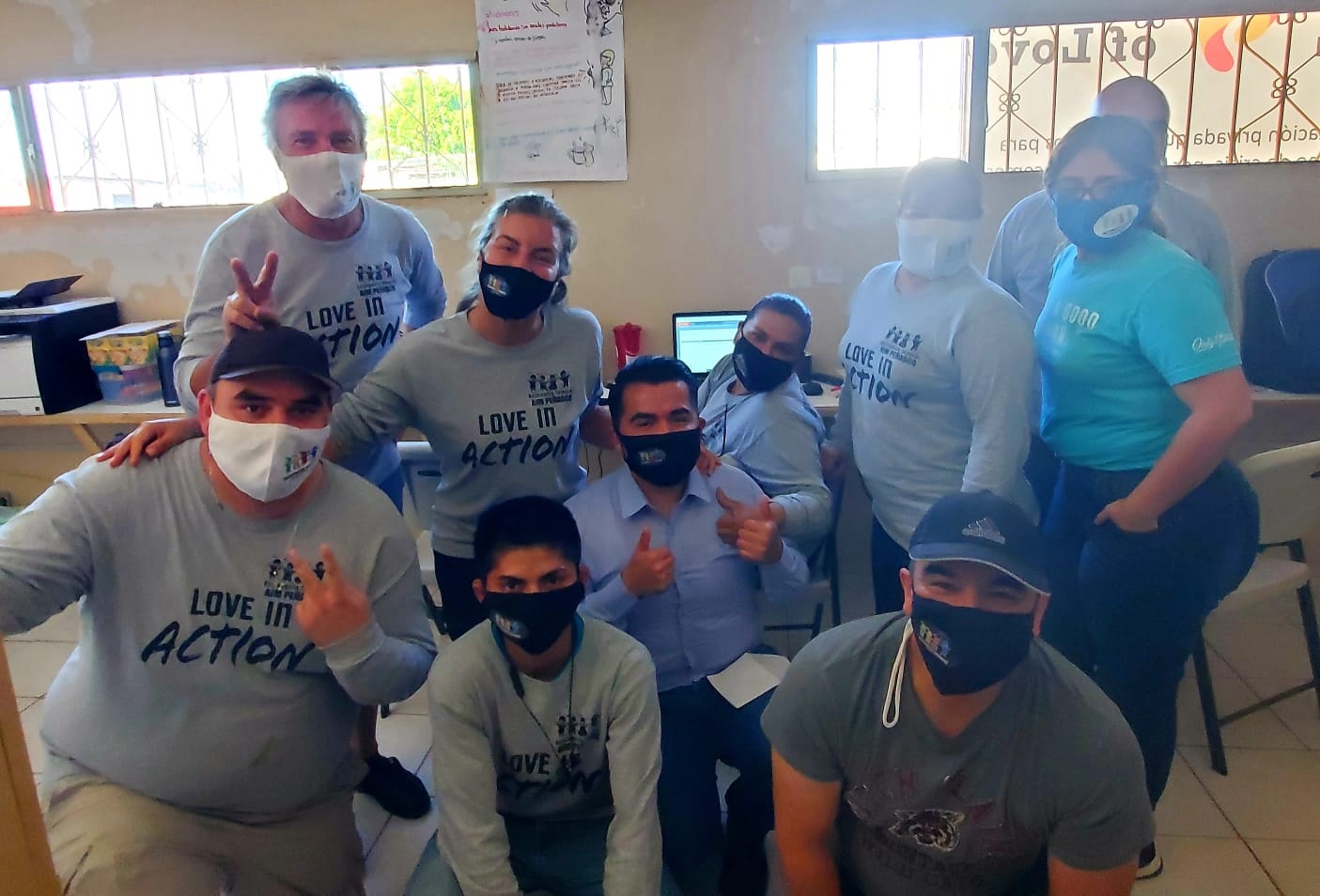 This month my column is written by Chad Cloward. Chad is an American who lives full-time in Rocky Point and began volunteering with our program this past February. In late March, When the COVID crisis led us to temporarily shift our focus from education to feeding those in need throughout the community, he quarantined for two weeks and then spent almost two months working with my local team on food packaging and distribution.

My time as a GUERRERO

2020 is a year I was really looking forward to. Business was looking good, best health in my life, many wonderful new friends, starting to work with an education program in Peñasco called AIM (supported by Steps of Love). I was finally going to meet Tia Katy Duncan, the founder of AIM in early February. We met at Bella Sirena for lunch along with a new friend, Carly, who has done service work in numerous countries and was interested in doing service during the month that she would be spending in Peñasco.

After Tia katy explained the history, my intent was to help fundraise for an ESL program she and the AIM team wanted to start to help their students learn English. I will never forget how Carly’s eyes lit up as she said, “that’s what my degree is in”. She also speaks five language so this seemed like a great fit. Little did anyone expect a pandemic would soon hit. When the COVID crisis forced schools to close, AIM and Steps of Love quickly shifted their focus from education to providing food for families throughout the community.

Carly offered to volunteer her time working with the food program but there were concerns that outside volunteers joining the AIM team could spread the virus. Meanwhile the local team dove in and began working tirelessly packaging and distributing food six days a week. The teachers of AIM had all agreed to donate 20% of their salary to go to food for the families and so many folks on both sides of the border began generously supporting AIM’s efforts. I was still running the SWIM pool bar and doing real estate and was focusing on raising awareness and funds for AIM. Then boom, Peñasco shut down, businesses closed and for those of us here at time it was semi apocalyptic. Soon, with my business shut down, I called Katy and asked if Carly and I could both volunteer if we agreed to quarantine for two weeks. Katy and the AIM team agreed, and Carly and I had no idea what we were in for–in the most positive way ever.

We started packaging food ‘despensas’ which provided a week’s worth of food for a family of four. Later someone named us the Guerreros which in English means “Warriors”. I will never be able to explain the love and spirit of this group of ten locals and 2 Americans. We started distributing about 400 despensas a week and increased to 1,100 at the peak. I assumed this would last about a month but 11 weeks later my life was drastically changed for the better. It is Impossible in words to explain what it was like working with 12 people, along with numerous others who started distributing the despensas we packaged. The hard work, the laughter, the faces of the people when we gave them food or special gifts on Mother’s Day or Dia de los Niños. Just like a movie is never as good as a book, words will never adequately describe the experience, appreciation, and love within AIM Peñasco, the Guererros. Somos Familia.

Many groups from the community helped distribute the food we packed

Some of the AIM team of Guerreros

Carly and some team members delivering food to a family 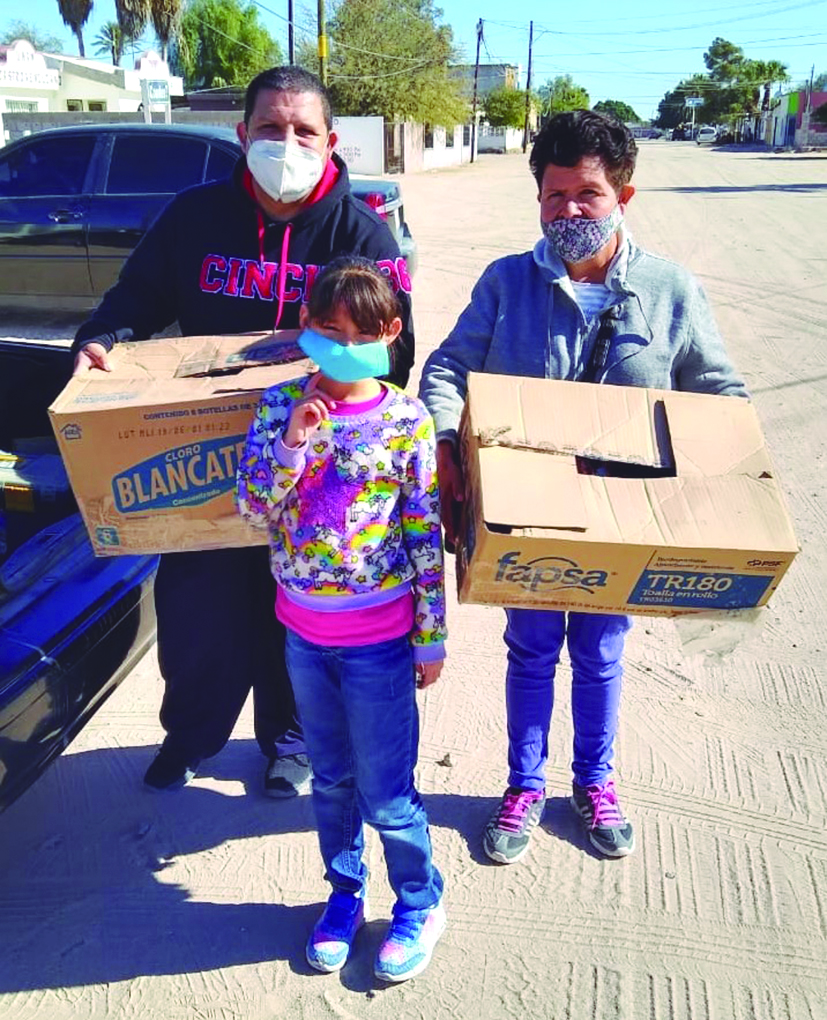 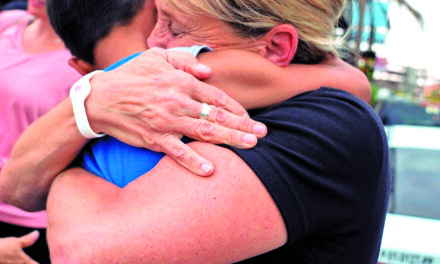 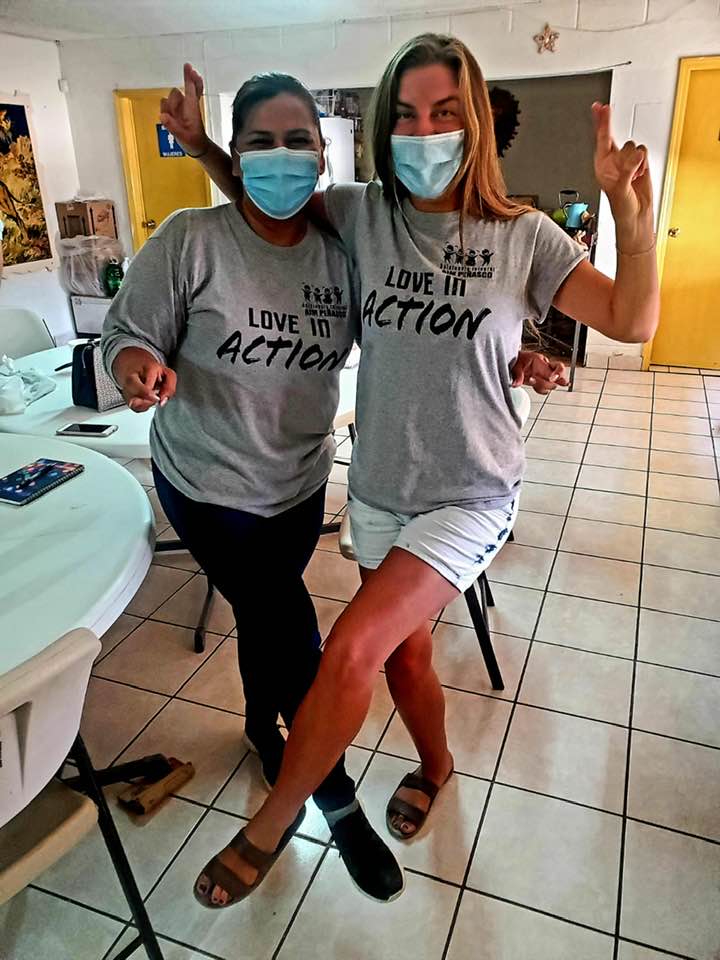 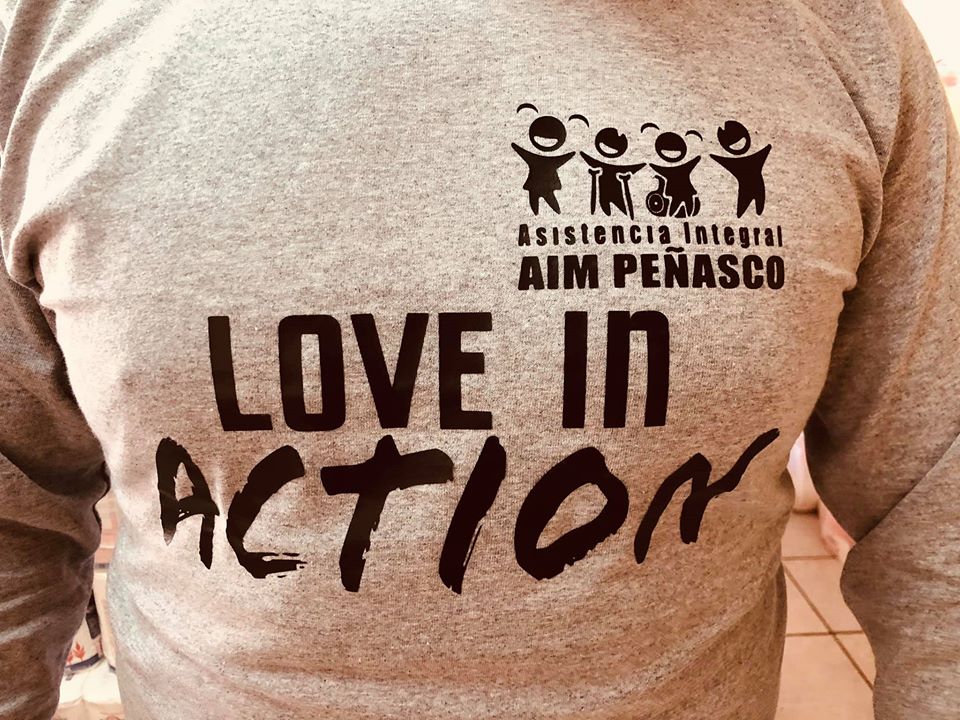