It all started with a corn dog: A corn dog makes a difference 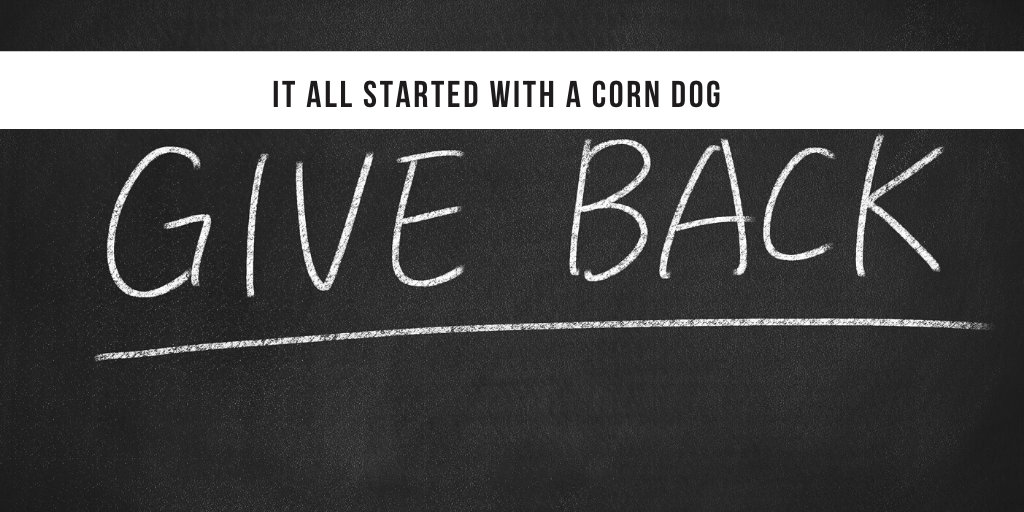 I love The Starfish Story (or The Star Thrower), it serves as a message to anyone in service, anyone who hears a call of duty to help others, or simply those who pay it forward by being kind to one person at a time. I’ve listed it below if you’re not familiar with the story. It is one of my favorites.
The story I want to share with you, which happened here in Rocky Point, is not about a starfish but a corn dog.
It all started with a man in Puerto Peñasco, who was walking home from a gym, through a vacant lot, and heard the cries of a woman. Her cries were so intense he stopped and asked the men beside her what was wrong. They said, “She’s hungry, she was drinking for a few days, she hasn’t eaten, and her stomach is hurting.” The man went back to where he was staying and brought her corn dogs. She liked the corn dogs and was thankful.
When the man would come back from the States, he would bring more corn dogs and cups of noodles. And each time there were more people, hungry and in need. So, each day he would walk through the vacant lot and look for people who were hungry. At the time, he didn’t think about starting an organization, but as he states, God was in control.
Then he started doing this walk on a daily basis. He brought clothing and food to those in need. The lot which used to be a tire shop, was just a gathering spot for those less fortunate. He figured out how to get in touch with the owner and told them he would like to use this place, this lot, and start a foundation. The small shack on the lot didn’t have any services and it was just an unused lot where those who were homeless gathered.
God’s Grace is a Christian foundation in Rocky Point that helps those in need. This April it will be in existence for five years.
It started with one person, a corn dog, a hungry woman and then four servers, three pots of food, a little clothing and love.
I showed up on a Saturday morning at 10am and the small shack now has services: The once deteriorating lot, now has a beautiful pavilion with picnic tables and volunteers to give back to others. After a Christian service, in Spanish, full of singing and worship, a full meal is served.
The day my husband and I volunteered, there were probably 20 volunteers and 40-50 people. A local business (El Somali) donated chicken that day, and they served a hot meal with oatmeal, chicken, beans, tortillas and a few take away bags of donated supplies and clothing.
Pastor Nacho conducted the service, played the guitar and sang beautifully. He has been there since Day 1, helping and spreading God’s Love. There were folks from Wisconsin, from Arizona and those who live here full time donating a few hours to help serve, worship and clean up. The volunteers also take food to the county jail. Those in need were happy to enjoy a community of love and food.
As Robert states, “I am not here to judge anyone, God knows my heart, I just ask them to take care of this place and each other.”

Well, that’s how a corn dog makes a difference, a big difference to the one hungry woman and a huge difference to Robert and his friends who started this quest and multiplied it a to a Christian foundation to make a difference to many.
If you are interested in supporting this foundation in any way, donating your time to serve, donating food, clothing, anything contact: Robert Gutierrez (Founder) www.Godsgracefoundation.com . A Feeding, Clothing and First Aid Ministry in Rocky Point Mexico.
I’ll share the Star fish Story with you.
“It makes a difference to this one…the Starfish Story”
One day a man was walking along the beach when he noticed a boy picking something up and gently throwing it into the ocean. Approaching the boy, he asked, “What are you doing?” The youth replied, “Throwing starfish back into the ocean. The surf is up and the tide is going out. If I don’t throw them back, they’ll die.” “Son,” the man said, “don’t you realize there are miles and miles of beach and hundreds of starfish? You can’t make a difference!”
After listening politely, the boy bent down, picked up another starfish, and threw it back into the surf. Then, smiling at the man, he said…” I made a difference for that one.”

ORIGINAL STORY BY: LOREN EISLEY
You can make a difference in Puerto Peñasco by getting involved with this foundation or the many other wonderful organizations out there that help give back to Rocky Point. The important thing is to remember, one hour of your time, one kind action, even one corn dog can make a difference.

“No act of kindness no matter how small is ever wasted.” Aesop 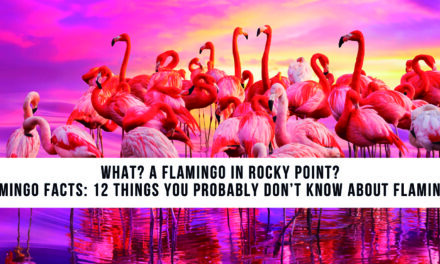 What a Flamingo in Rocky Point?

19 ways to Fall for Rocky Point


The Zoom invitation is:
Al Anon is inviting you to a scheduled Al Anon Zoom meeting.