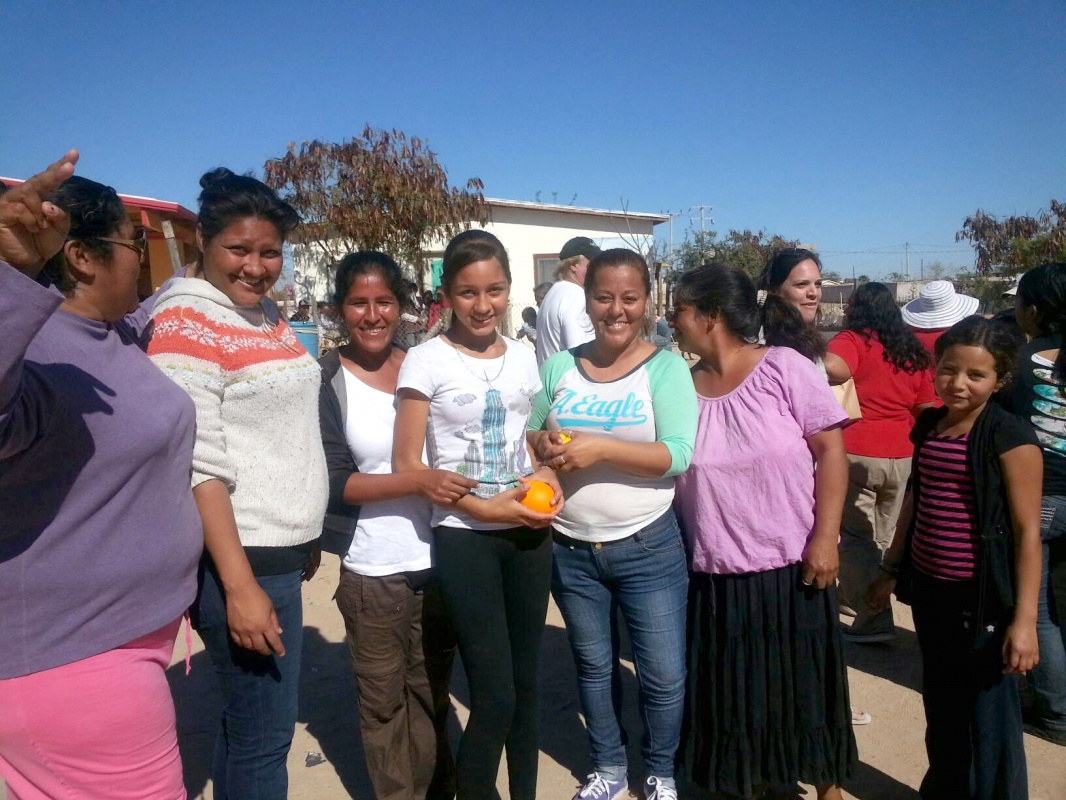 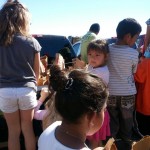 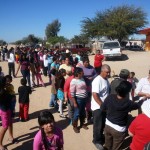 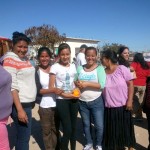 A short history of the Santa Claus Club. We began in 1983 with a party on Christmas Day for 40 children in Cholla Bay. Over the next 31 years the party has grown to a record breaking year in 2013. In 2014 we shattered more records that have been kept with 60,040 pounds of food, 603 bicycles, 42,100 pounds of clothes, 1,501 family food boxes and 8,560 children given toys and school supplies. The party was held on Christmas Day thru 2006 and then in 2007 we changed to a year round format. We now go into the barrios on a weekly basis delivering door to door directly to the people that need our help the most. This gives us a better understanding of the day to day needs of the people we are trying to help. Our target group live in make-shift houses mostly constructed of old wood and cardboard. These people have no electricity, no running water, no sewage and most of them have no floors in their houses. With the economy in the shape it is, they need our help now more than ever. To help you keep up with the work we are doing in the barrios, we have opened a web site www.santaclausclub.org with pictures of the children, past years total of donations and quarterly updates of donations for 2015.
With 2014 being the banner year that it was, I would like to thank everyone that was involved in this years project. It took a combined effort of shuttle people getting the clothes, toys, bicycles and food from Phoenix to Rocky Point, everyone that made personal donations and everyone that contributed dues. This organization is a group effort that turns your support into reality. You all made 2014 a year to remember and the benchmark that we will be shooting for in years to come. Besides the items we keep inventory on we passed out hundreds of blankets, towels & sheets, thousands of pairs of shoes, wheel chairs, walkers, canes & crutches and medical supplies to the Red Cross and Free Clinic.
In 2015, we are working to provide the same quality and quantity of services as in 2014. Our third quarter totals for 2015 are 45,200 pounds of food, 410 bicycles, 31,460 pounds of clothes, 1130 family food boxes and 7783 children with toys. If you need to get in touch with us you can thru our web site: www.santaclausclub.org, e-mail santaclausclub@hotmail.com, by phone 602-840-1528 or by mail John Fowler, P.O. Box 5, Lukeville, AZ. 85341. If you have donations in Rocky Point drop them off at the Baja Hotel in Peñasco or JJ’s Cantina in Cholla Bay and I will get them to the people in the barrios.

TO JOIN OR REJOIN THE SANTA CLAUS CLUB FOR 2015: FILL OUT THE FORM BELOW AND RETURN IT TO JOHN FOWLER, P.O. BOX 5, LUKEVILLE, AZ. 85341. DUES ARE STILL ONLY $20.00 PER YEAR AND ANYTHING EXTRA IS GREATLY APPRECIATED. MAKE CHECKS PAYABLE TO THE CHILDREN’S CHRISTMAS PARTY. ON BEHALF OF THE PEOPLE THAT WILL BENEFIT FROM YOUR DONATIONS AND GENEROSITY, MUCHAS GRACIAS.