What rights do I really have under a home owners association? 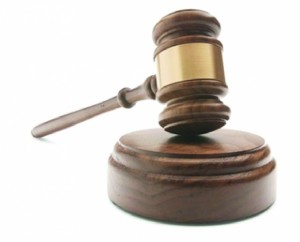 In my professional practice, providing legal advice to foreigners who either permanently reside, or have a second home or condominium in a Mexican Tourist Development, I have come across a variety of Home Owners Associations, many of which are very well, efficiently and transparently managed and administered and, as a consequence, serve the purpose for which they were created. However, I have also seen so many others that greatly deceive such purpose by having poor administrators who tend to benefit themselves with the moneys they collect, to which they give little or no account at all to their members.

In certain instances, I have even come across two or more Home Owners Associations within the same development or community, with rules and regulations that greatly differ from one another. It would seem as if they were created for two totally different developments, as opposed to the same community.

In such poorly managed Home Owners Associations, that receive tens of thousands of dollars, and in some cases even millions of dollars to perform improvements or maintenance on the community´s infrastructure, I have seen a very strong retaliation towards such members who have refused to pay their monthly or quarterly or annual HOA fee´s simply because they have questioned the costs of the improvements, or they have requested some transparency as to the way the moneys given to the HOA administrators are administered or managed.

I have seen a big struggle for power and control of quite a few HOA´s, only because such administration sometimes means big business to whomever administers or manages them, well beyond the interest of the members of the development or the community.

In these situations, it must be understood and kept in mind that Mexico does have laws that protect the members of an HOA against poor management. Laws that allow the members of an HOA to seek proper information from the administrators as to how the moneys delivered and paid to the HOA have been managed by such administrators. As, under Mexican Law, such administrators have a fiduciary duty and responsibility to their members, and any mismanagement can indeed result in a civil or even a criminal responsibility. Those are the type of rights that the members of an HOA can have, and most likely can enforce, but unfortunately such circumstance is rarely known by such members. In most instances they don’t even seek any proper and competent legal advice from a Mexican Attorney, which leaves the door open for the administrators to keep benefiting from the moneys received with no accountability whatsoever.

If you are in a situation where the administrators of an HOA is not transparent as to the way they are managing and/or administering the funds received by the members of the HOA, please feel free to contact us for a free consultation and evaluation of your case at mtapia@internationaladvisors.com or by calling us at (602) 266-0225.

WHAT WILL HAPPEN WITH MY MEXICO PROPERTY WHEN I DIE?

Do I need my own legal counsel for a closing? Is the notary public necessary or even sufficient?

Am I in default for non payment on my Real Estate purchase contract?, Not necessarily…

Making Sure My Agreement Has An Effect Against Third Parties.