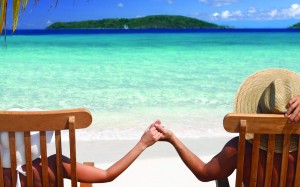 Mexico welcomed 3.7 million foreign tourists in the first quarter, a figure that was up 10.1 percent from the same period in 2013, the Tourism Secretariat said.

The number of tourists from the United States rose from 1.8 million in the first quarter of 2013 to 2 million during the January-March 2014 period, marking an increase of 12.3 percent.

Canada accounted for 765,700 visitors in the first quarter, up 6.9 percent from the same period last year.

Tourist arrivals from Britain totaled 84,400 in the first quarter, up 3 percent from the same period in 2013, the secretariat said.

The number of visitors from Peru rose 7.2 percent, while tourist arrivals from Russia ticked up 3.9 percent, the secretariat said.

Tourism accounts for about 9 percent of Mexico’s GDP and ranks as the No. 3 source of foreign exchange, trailing only the oil industry and remittances.