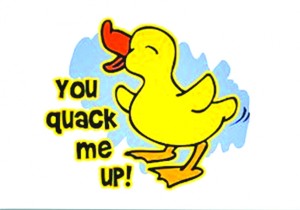 Two men ran out to the course for a quick nine after work.

They get to the tee and They 2 ladies playing ahead of them. One of the men complains that the ladies will slow them down and says he is going to ask if they can play through. He goes halfway to the ladies and turns back. The other man asked what was wrong? The man said I can’t go up there that’s my wife and my mistress.

So the other man says he will go. He goes halfway and comes back. His partner asked what happened and the man replied “small world Huh?”

A man walks into the barbershop and ask the barber how many before me? The barber looks around and says three.

The man leaves but he does not return. The next day the man walks in and says to the barber how many before for me today?

The barber looks around and says four and the man leaves and never returns. This happens every afternoon for a week.

The other barber says “this is crazy, if he comes in tomorrow I’ll follow him”. Sure enough the man walks in and again asks

“How many before me”? The barber turns and says 3. As the man leaves barber 2 follows him. 1/2 later barber 2 walks back in.

“Well”, says the barber, “where is this jerk going”? Barber 2 replies: “your house”.