A short couple of months ago, Rocky Point added an amazing eatery and libation location at the very top of Whale Hill overlooking all of Rocky Point. Whether you are looking for a romantic date spot, drinks with the buddies or simply a spot to come and hang and listen to some great live music, SKY BAR is the place for you. Sky Bar is located atop the former, Lighthouse Restaurant and was completely redone with a sleek bar and restaurant vibe. They accentuated the amazing views even more! Hats off to Chef Luca and his lovely wife, Karina for an awesome remodel and great new addition to Rocky Point!
I recently sat down with Luca and Karina to learn more about their past and what brought them to Rocky Point and how this resulted in their present prize, Sky Bar.
Marco: Tell me about your history with owning and managing restaurants?
Karina: Luca studied in Instituto Alberghiero San Remo, one of the world’s most prestigious culinary arts schools, requiring five full years of intensive studies and practical application experience in every phase of food and beverage service and preparation, including dining room service, concierge desk, wine classifications, and much more. At the young age of 19, Luca became Sous Chef of the Five Star Miramare Restaurant in San Remo, after two years there he served in the Army for one year and returned to become the Chef of Four Star Villa María Restaurant before being offered the Chef position at the renowned Five Star Tre Pinni Restaurant where he served for six years.
In 2002 a longtime family friend came to San Remo and offered Luca a job as Head Chef of his three Tutti Santi restaurants in the Phoenix area. During the eight years he was with Tutti Santi he opened two more restaurants for the family friend. Chef Luca relocated to Puerto Peñasco in 2010 and opened the Mare Blu as Chef and partner. After a year he decided to open his own restaurant and named it Pane e Vino Ristorante in June of 2011. In February of this year, he took over Lighthouse Restaurant with a new concept, new menu (mostly seafood) a new team and a new restaurant…Fish Restaurant and at the end of April, after much preparation, he opened Sky Bar.
Marco: How did the concept come up for Sky Bar?
Luca: A lot of customers always asked me if there is a bar with live music to go to, and when I opened Fish Restaurant…I really liked the space upstairs for a pre-dinner or after dinner bar with live music, a relaxing bar.
Marco: What are your top selling drinks and food?
Karina: Strawberry caipiroska (this cocktail is a sweet variation of Caipirinha that, instead of Cachaca, has vodka and an addition of strawberry pulp) and about food…the pot stikers.
Marco: Well, I’ll try two of each!
Marco: Do you have Happy Hour?
Karina: We don’t have a happy hour, but every Friday we have a Ladies Night, one dollar well drinks only for ladies from 9 pm to 11 pm.
Marco: Wow, only a buck…I’m rounding up my lady friend’s for some Friday night fun for sure!
Marco: Tell us about the views?
Karina: Sunsets are always spectacular, from the outside patio you can see the Sea of Cortez, Malecón and Puerto Peñasco beachfront resorts condominiums. It is just an amazing place to be!
Marco: And be seen! Why should we go to Sky Bar as compared to the other restaurants and bars in town?
Karina: It is lovely bar with a great atmosphere and friendly staff, good drinks and to top it off amazing view on the balcony seating area…it is a perfect way to enjoy your evening or night.
Marco: Brenda was our server tonight and did a great job! She is courteous, pretty and super fun! Are all your servers and bartenders as good as she?
Luca: We have a great team, Alonso is the bartender and Brenda is the waitress, they are doing a great job, both are very friendly.
Marco: I’ll say!! What are your hours?
Karina: Tuesday – Sunday from 6 pm to 2 am
Marco: What do you like best about Sky Bar?
Karina: I really like the atmosphere. We are having live music Friday & Saturday starting at 9 pm, Jesse Gerardo who is a singer and guitarist.
Marco: How did the two of you meet?
Karina: We met at Mare Blu, he was the executive chef and I was the general manager, after a year he decided to leave Mare Blu and open his own place (Pane e Vino), as soon as we opened it I knew he would not stop with just one restaurant. We got married in October 2013.
Marco: Well, SALUD to that mis amigos!
So, if you are looking to check out the new vibe in town with the most amazing views, please check out Sky Bar and tell them Marco sent you…I hear they have a new drink now called The Marco Especial…I suggest to order two and call a cab…or Tomas! As Wyland has been quoted, “The ocean stirs the heart, inspires the imagination and brings eternal joy to the soul.” Let your eternal joy be found again soon on our beautiful beaches right here in Rocky Point. Until, next month my friends, always remember to keep an eye out for a friend in need…they are everywhere and you have the power to make THE difference.
Adios amigos and GOD BLESS!
Marco 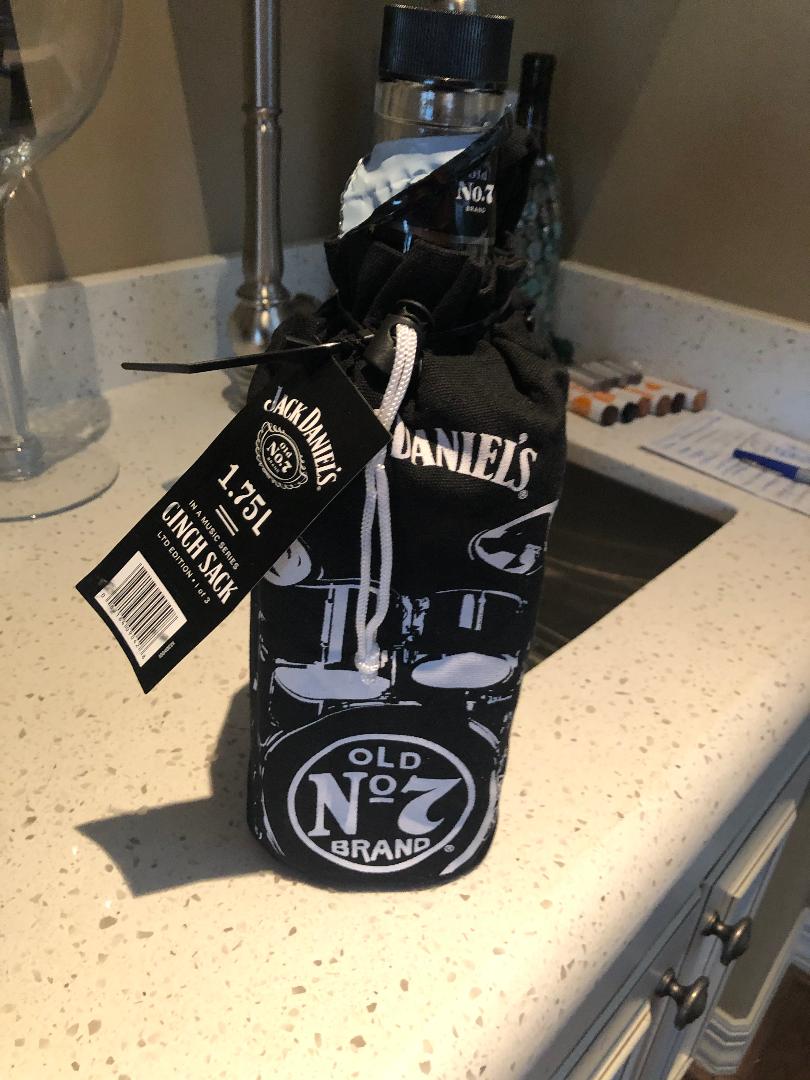 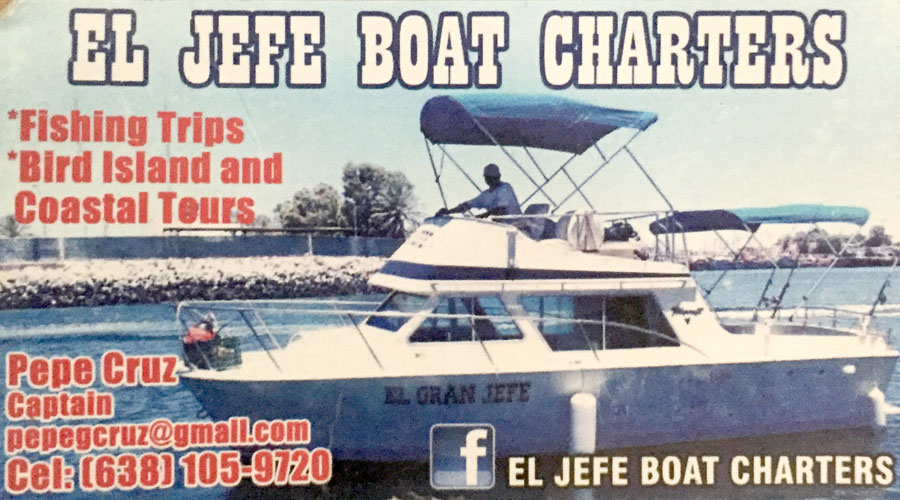 You Are The Boss at… El Jefe Boat Charters! 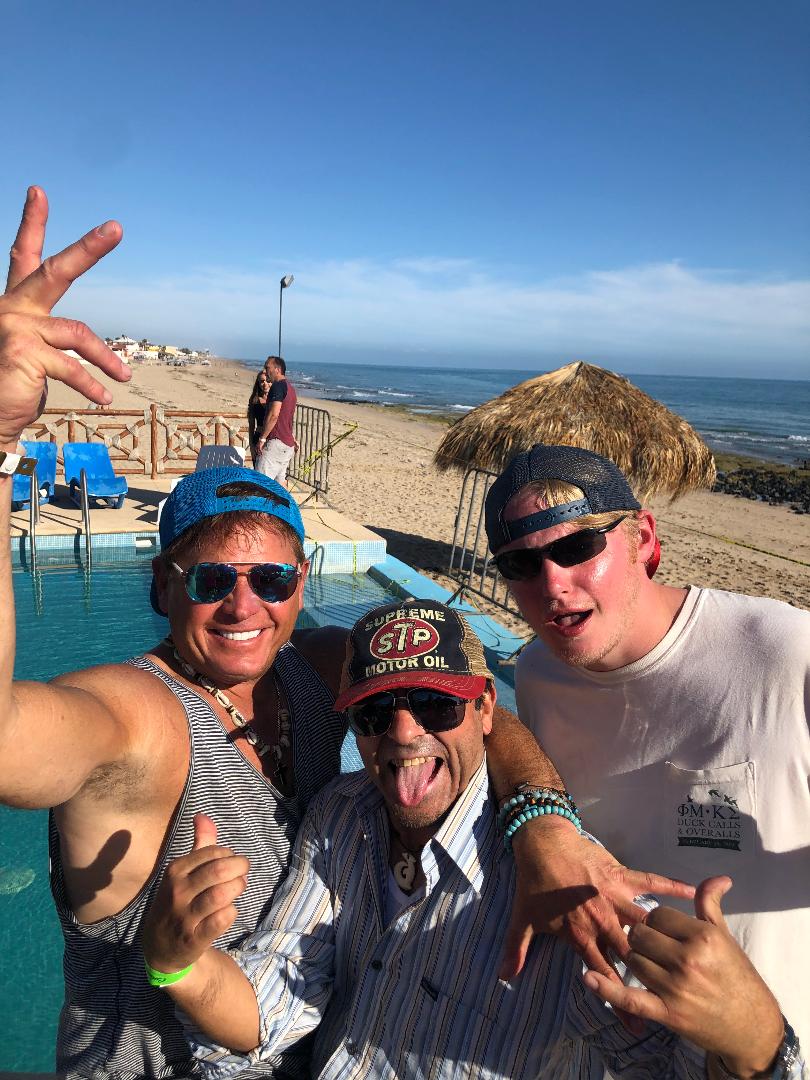