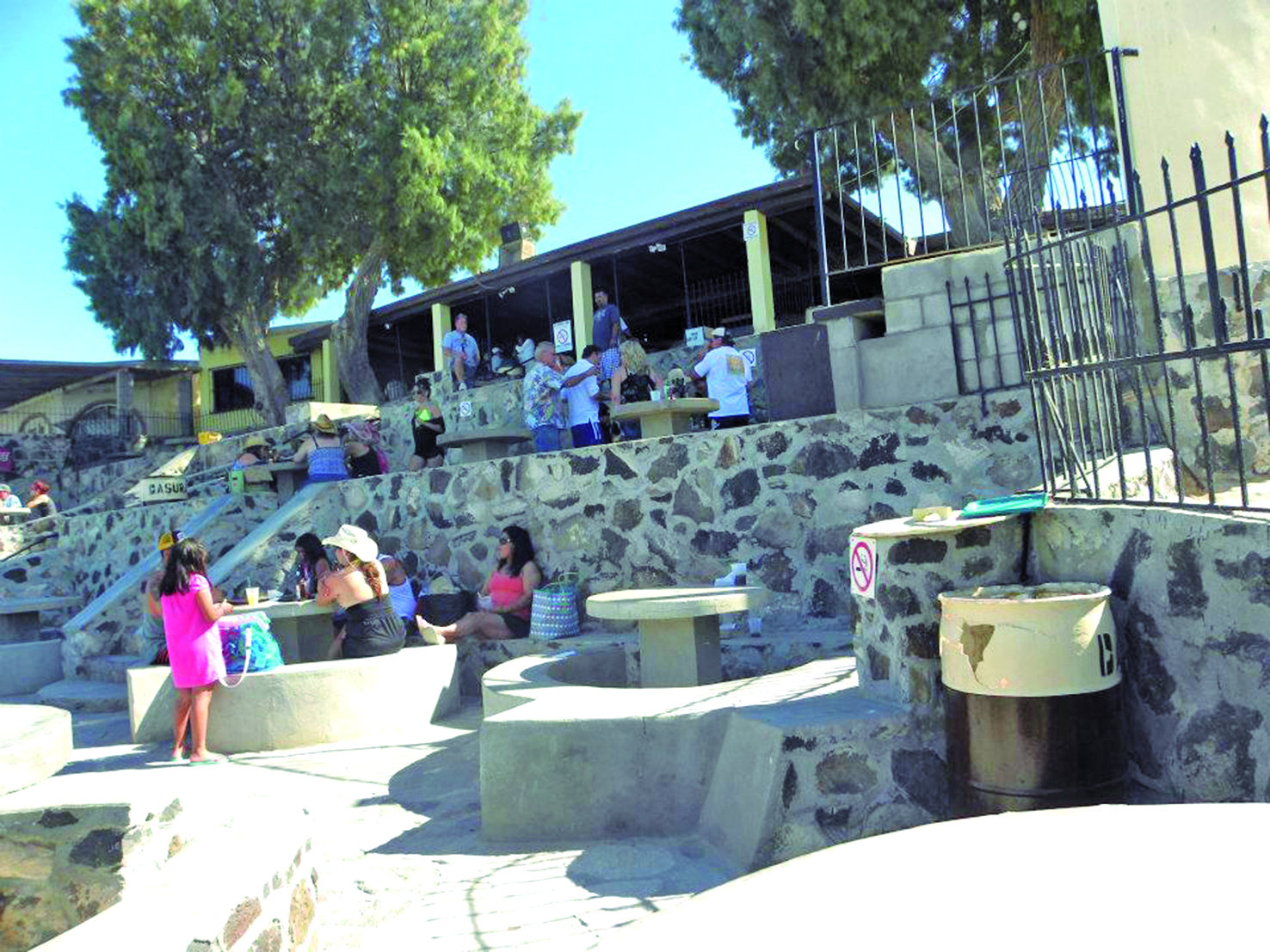 As the iconic JJ’s Cantina closes temporarily to be reopened with a new history to be made, I thought it might be appropriate to re-publish this story. I sat down and interviewed Joe Anacleto in 2008. His story had me intrigued – as much as his love for his beautiful wife impressed me.

Regulars find Cesar or Pancho (behind the bar for a combined 41 years! as of 2008; sadly, Pancho died several years ago) ready to hand them their favorite drink. First timers are mesmerized by over 380 picture frames documenting 26 years of diversion: fiestas, fishing tournaments, one-club golf tournaments, bathtub races and proud fishermen with their Catch of the Day!

Drifting music draws the crowds. Weekends find the pool table busy, bartenders hopping and everyone laughing. No reason to miss “the game” as TV’s are scattered inside and out. Sunburned fishermen snag an ice-cold drink and remind each other who caught the big one! Tired water sports enthusiasts crash on the terrace with their drink. Sunday afternoons find “weekend warriors” grabbing a last taco, hamburger, fries, or a soda before the drive home.

A fun, rowdy and loud cantina, JJ’s Cantina is intriguing as a “clean, safe and enjoyable” retreat. The cantina’s owner has an equally intriguing history. Joe Anacleto, a cabinet door manufacturer trudging through his daily routine in El Paso, was feeling despondent in 1981. Portuguese by birth and a fisherman who loved the sea, Joe knew that the ocean was the cure! In October, he traveled 500 miles to discover Sonora, Mexico.

So, it began. By 1983, Joe had set his sites on a run-down, funky bar owned by Eva Ibarra, wife of a former mayor. “Club La Pesca de Cholla” had seen better days! Locally known as “the dirty bar”; tons of work would be needed! Joe partnered with John Fowler, a kitchen remodeler from Denver and enlisted the legal assistance of Lic. Alejandro Gonzalez, an El Paso golfing acquaintance. They pursued a daunting task – legal ownership of the first foreign-owned bar. Only four local bars had legal licenses: Villa Granada, Hermosa, Hollywood and Señorial.

Joe unlocked the front door with his loyal bartender, Pancho, beside him. On June 4, 1984, JJ’s Cantina opened with a crew of two. By the end of the first year, there were 9 employees, and the bar was a legally owned foreign bar. Joe tended bar and occasionally even slept at the bar after a busy night.

In 1986 the extensive terrace, built around salt cedars, was completed and is a favorite place to unwind, gossip and enjoy the sun or the shade. On a quieter weekday afternoon it may be the perfect place to contemplate your past or future…or even write a song (as Roger Clyne has been known to do).

A new addition is JJ’s private labeled tequila. Introduced in 2003, the top of the line is JJ’s Añejo Antigua. In a blown-glass tall bottle, with a stamped metal label, this deep-hued añejo tequila is smooth. No margarita-mixing or cheap shot glass tequila, this one requires a cognac glass and to be sipped with pleasure.

JJ’s Cantina is a series of love stories:  Joe’s love for Glenda, his “wonderful lady”. His love for fishing and the Sea. His love for Cholla Bay. His love of blue agave fields and Tequila, Mexico. And always his love for this Mexican Cantina which is, in Joe’s words, “not too shabby!”