The night of June 9th marked the XXI Circus Mexicus with a magical concert from Roger Clyne and the Peacemakers “RCPM”. This time the concert took place right on the beach at Wrecked at the Reef. Weather couldn’t have been more perfect with a light wind blowing straight from the beach, hardly any humidity and perfect temperature. Fans spread out all around the stage set right next to the bar, and very close to the water, some fans were playing in the waves while listening to the concert, others had beach chairs and towels with the whole family enjoying the show, the half moon rose right over the sandy beach condos yellow and huge making a postcard picture while the fireworks lit the sky with the tunes of the melodies.
I heard it had always been a dream of Roger Clyne to play his music right at the ocean’s edge were the desert meets the sea, and that is what made this concert extra special, the logistics of changing venue, placing all the equipment in the right place, having security and making this happen were not easy but it certainly was worth it, here we have an excerpt from one of the band’s fans, the Butler family: “Perfect weather, perfect music.  Roger Clyne and the Peacemakers provided a thrilling and entertaining concert as always, but added some unique twists that kept the audience on their toes. Mixed in with the old favorites were some great cover tunes, most unlikely being Crackling Rosie by Neil Diamond. And Roger does Tom Petty better than Tom Petty. Throw in some Violent Femmes and Beastie Boys and you have something for every generation in attendance. Possibly helped by the beautiful ocean breeze blowing through his hair, Roger had an amazing amount of energy throughout the entire show. The crowd got their fair share of the spotlight too, as Roger stepped away from the mic frequently to allow his die-hard fans to belt out the lyrics they all know and love. Guitarist Jim Dalton wowed the crowd with some spectacular solos throughout the evening. All in all, a very memorable evening. In other words, typical Roger Clyne and the Peacemakers.”
Roger Clyne not only plays the biggest concert in Rocky Point every year benefitting the local economy with the thousands of attendees who come not just for the concert night but for a full weekend of events including rock and beach soccer, hotdog and a smile and the day after party at JJ’s Cantina also known as the Mañanaton. He is also well known for his charity work and year round love for the town and the locals often supporting children sport teams, donating to the local orphanage and promoting tourism.
Thank you to all the attendees to this concert and for a magical musical weekend in Rocky Point and for making this a successful safe and enjoyable family event!
Thank you Mark Olszewski and Janet Mooneyham for the pictures. 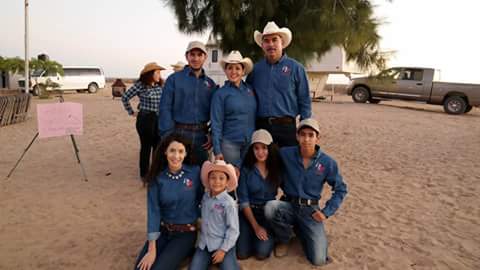 Things to Learn from Way down South