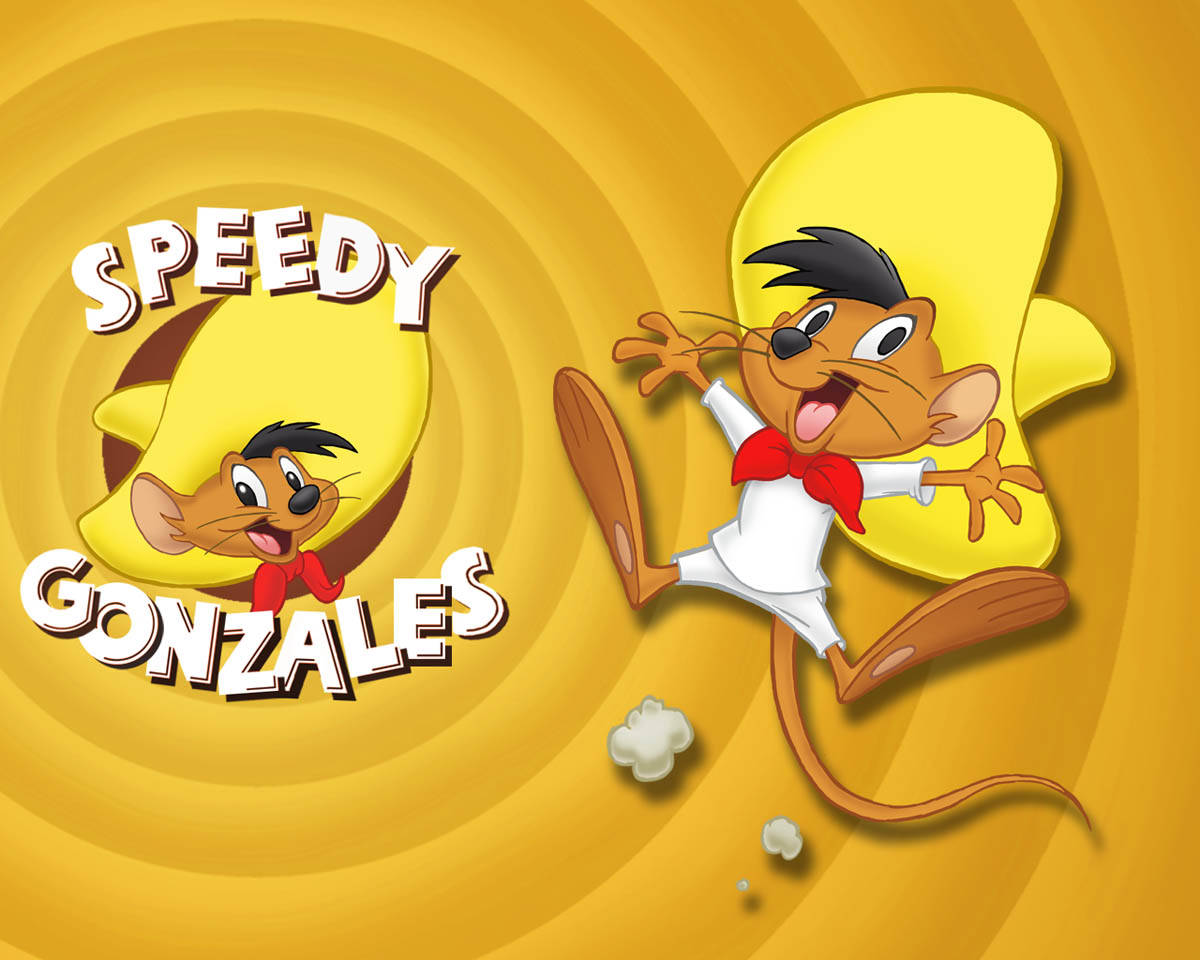 Stereotypes die hard, as we know, and sometimes backfire, as it was and is the case of the beloved Speedy Gonzales, the cartoon character created to poke fun at Mexicans but who became a much-loved hero in the Spanish-speaking world, especially in Mexico and Spain.

Speedy Gonzales was born in the early 50’s and was intended to be a real stereotype of what Anglophones in the United States considered to be a “typical” Mexican: he spoke with an exaggerated Mexican accent; he wore an oversized sombrero, Mexican type, and white shirt and trousers, with a red kerchief around his neck.

His speech was sprinkled with Spanish words like ¡ándele! ¡arriba! amigo, gracias, señor, gringo, hasta la vista… and others to make him sound authentic and real.

The cartoon hero became very popular and was an instant success with audiences who laughed at the Mexican mouse’s way of talking and acting. However it backfired on its creators and American audiences as well.

Speedy Gonzales did not offend the Hispanic public, on the contrary, they found the mouse amusing, clever and a character that outsmarted the “local” cartoon personalities he was pitched against, like Sylvester the Cat (el gringo pussygato), Porky Pig, Wily Coyote and even Duffy Duck. How so?

Mexicans have always been depicted as slow and easy going but the creators of this cartoon character turned him into a plucky, energetic, speedy hero of the underdog, like a modern cartoon Zorro.

He helps hungry Mexican mice get to a cheese factory guarded by Sylvester, the gringo cat, who is constantly humiliated and outrun by this little mouse who speaks with a funny Mexican accent. I believe that Speedy Gonzales popularized that stereotype accent that most English-speaking Americans identify as Mexican English.

Was the cartoon racist, offensive, insulting, prejudiced? Possibly the creators intended it to be so, and exploited the audience’s weaknesses, animosity and foibles against foreigners, but in the long run all that backfired and ended up making the whole world laugh at the shenanigans and antics of the hero of the “undermouse,” Speedy Gonzales, who is quick-witted, fast, nimble, funny, cute and endearing. He’s the “fastest mouse in all Mexico; a friend of everybody.”

He was also a ladies’ “mouse” who took all the girls away from the other mice to the point that the rejected lovers hit on the great idea of bringing in the gringo pussycat to chase Speedy out of town. Imagine! Sylvester, the pussygato, was no match for Speedy Gonzales.

Sylvester guarded the border fence to keep immigrant Mexican mice from entering the country and eating all the cheese. That was 60 years ago, mind you.

I urge you to watch Speedy Gonzalez’s cartoons and you will have a good time, many laughs and will develop an admiration for this hero that I think should become the symbol of Hispanics in the United States of America to prove that they all have a sense of humor and are as quick-witted as Señor Speedy.

Should we try to bring back this champion of the “undermouse,” this Mouse-Zorro, now 60 years old, in order to calm things down and put politics in perspective?

“Us good guy always win” as he said. And W.C. Fields told us to “Start every day off with a smile and get it over with.”