Within 50 years of Columbus’s discovery of the Americas, Spanish Conquistadors overpowered the Native people and their lands. After their conquest, Spain’s aim was to make taxpaying citizens out of the indigenous people through religious conversion to Christianity. The Jesuit priests were sent initially, to establish the Mission System.

Francisco Eusebio Kino joined the order of the Society of Jesus in November of 1665 after recovering from a serious illness. Among his many talents he was an expert mathematician, cartographer, and astronomer.

Father Kino arrived in Sonora in 1687 to work with the Pima Indians. He quickly established the first Catholic Church. Roads, which are still evident today, were built, over which he rode on horseback, over 50,000 square miles, opening the overland route to California. His travels included the Mexican states of Sinaloa and Sonora and the vast area called Pimeria Alta, known today as Arizona. He was the first to deduce that Lower California was a peninsula and not an island.

Contributed to him are twenty-seven missions and nineteen rancheras.

Some of his missions include:

1692 – San Xavier del Bac, which is still standing and functioning as a full-time church in Tucson, Arizona

Kino was also important in the economic growth of Sonora, teaching the Indians the basics of farming and cattle ranching. Sonoran beef is known for its fine quality and is currently exported to the USA.

Father Kino worked among his missions until his death in Magdalena de Kino, Sonora, Mexico. In Magdalena, just a few miles south of Nogales, his body was discovered in 1966. His remains were left in situ where they may be currently viewed by the public. The city created a plaza in his honor that was dedicated by the Mexican President Luis Echeverria in 1970.

At this time, there are statues of Padre Kino in Magdalena, Sonora, Mexico; at the United States Capitol’s National Statuary Hall, USA; another in Hermosillo, Sonora, Mexico; in Phoenix, Arizona across from the State Capitol Building; there is one standing high above Kino Parkway in Tucson, Arizona, and another one honoring him in Segno, Italy, the city of his birth.

Father Kino is remembered for his diligent efforts in fighting for the Sonoran Indians, opposing the hard labor in the silver mines that the Spaniards had imposed on them. He is also remembered as a man of peace, cooperation, and a man of justice and mercy.

There are the towns of Bahia Kino (Kino Bay) and Magdalena de Kino in the state of Sonora, Mexico named in his honor. Here in Puerto Peñasco there is a street named after him, Blvd. Kino. And let’s not forget Mexico’s best known table wine, Padre Kino, available at local stores. You can also rent movies from Netflix; The Father Kino Story and Kino: The Legend of the Black Priest.

Thank you, Father Kino, for all you have done.

Our Lady of Guadalupe 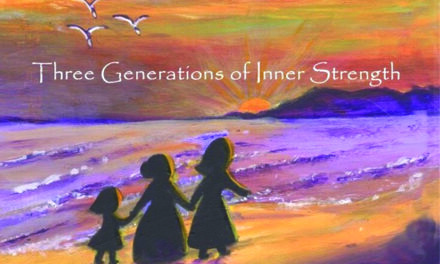