A historic sight on your way to Rocky Point

An Oasis in the Desert

Compared to anything within 50 miles, the Ajo plaza is a lush green oasis in which you would love to be surrounded. About the size of a city block, the central Ajo plaza resembles a small park with grass, palm trees, and century-old award-winning architecture. It attracts migratory birds and migratory vacationers, as well as local residents who come to conduct business, to talk with each other, and to simply enjoy the view.

Something else notable is a space now occupied by the Oasis Cafe. The Cafe gets its name from its historic location, the old Oasis Theater which was part of the original design of the old Ajo plaza. The Oasis Theater building was designed by Lescher & Mahoney, an architectural design firm known for their great theater designs, including the Orpheum Theater in Phoenix. If it’s not too busy at the cafe, you can get a tour of the classic Oasis Theater space, just by asking about it at the cafe.

Currently it’s a unique place to stop and recharge on a drive from Phoenix or Tucson to Rocky Point. 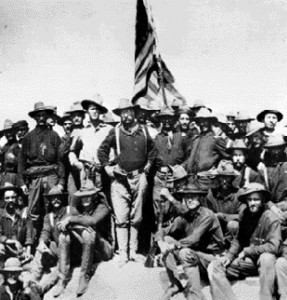 Plans are being made to remake the Oasis into a working theater, restaurant, and cinema space again. That will be realized over the next few years. Until then, and beyond, the Cafe remains what it has been, a regular stop for locals and a haven for knowledgeable travelers. Seeing the current location in its present state is seeing a piece of history, as the plans come together to rebuild the space. For day-trippers and locals alike, getting to know the Oasis Cafe now and the Ajo plaza is getting to see a piece of the history of southwest Arizona, and a piece of its future. If you are driving by anyway, which you are if you’re driving from Phoenix to Rocky Point, don’t pass it by. Stop in and have a look. It will be a memorable point to your trip.

The architecture of all the buildings in the Ajo Plaza has historical roots. The Plaza was built as the town center for the copper mining of Ajo at the order of John Campbell Greenway. Greenway was formerly one of Teddy Roosevelt’s rough-riders; He is the one in the white shirt, next to Roosevelt in the picture of rough-riders at the battle of San Juan Hill in 1898.

John Greenway became head of what would become called the New Cornelia Mine, operated by Phelps Dodge. In 1917, when full scale mining began in Ajo, the New Cornelia site was the first large scale open pit mine in the state of Arizona. It was then that the Ajo central Plaza was designed and built.

Greenway’s wife, Isabella Greenway likely played a part in the development of the Plaza. She would later found the historic Arizona Inn in Tucson, and is elected as Arizona’s first female Congressional Representative in 1932.

While you are visiting Ajo, you can look into the 1,000 ft. deep New Cornelia mine pit at the visitor’s lookout (just ask about it at the Ajo Chamber of Commerce’s Visitor-Center, located in the Plaza).

Now the Plaza is used for festivals and gatherings about which you can learn more by visiting the Chamber of Commerce’s website at http://www.ajochamber.com/.

A stop off at the Plaza in Ajo can be a memorable part of your trip to Mexico.

An Oasis in Ajo

An Oasis in Ajo