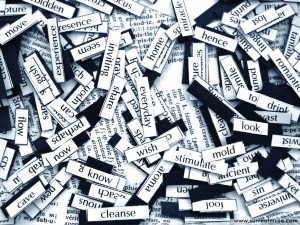 Many times I have wished I had learned a foreign language as a child. In second grade I played with many children of Mexican heritage, and learned playground Spanish, which I forgot as soon as my family moved. As a young adult I spent a summer traveling in Europe, and made a point of learning “Please,” “Thank you,” “How much,” and the all-important “Where is the bathroom?” in several languages. Spanish classes in school and even university taught me to read and write Castilian, the Spanish of Spain, in the most rudimentary fashion, but not only is that not the Spanish of our neighbors in México, I still could not speak any foreign language.

After my purchase of property in Puerto Peñasco, I promised myself that I would learn the Spanish of México. My plan was to become bilingual, and move to Mexico with the language mastered. Are you already grinning? I tried courses on cassettes and at the local community college, and courses online. They helped, but not much.  Upon moving to Paradise full-time, I tentatively tried a few Spanish words and phrases on shopkeepers, who were pleased to hear my attempts at their language, patiently helped me when asked, and enthusiastically encouraged me to keep talking.

When out and about in town, or anywhere in Mexico, or even in the USA when the time seems opportune, I tell people that I am trying to learn to speak Spanish, and I ask them to be patient with mi español pobre (my poor Spanish), and to correct my errors. That is essential if you hope to learn Spanish from your contemporaries, because the Mexican people are far too polite to correct you without being asked. Mexicans will try to understand your needs, regardless of how unintelligible your talk.  Once they are comfortable correcting you, laughter cannot help but follow, and friendship just naturally follows familiar laughter.

After nearly 10 years of trying to speak Spanish lots, people are still helping me, and I continue to apologize often for my linguistic transgressions, many of which cause gales of laughter.  I recently offered wine, vino, at breakfast, rather than the oatmeal, avena, that was being served; some of my friends preferred wine, but only oatmeal was available at 9 a.m.  I can nearly always make myself understood in Spanish, often without help, but I still have a terrible time understanding Spanish, in part because of my limited vocabulary, and in part because people who are comfortable in a language speak that language fast.  I have learned to ask, “Por favor, puede hablar poquito más despacio?” Could you please speak a little more slowly?  I have a bilingual dog who understands my Spanish all the time, and she is very good for my self-esteem; when just we two are conversing, I feel like the bilingual genius I hope to become.

How Do Mexican Names Work?

A LOVE AFFAIR In Love with Rocky Point