Woodstock in Peñasco? Boomer Fest Days is hoping to bring in a crowd next month 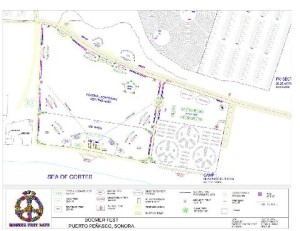 Peace, love and happiness is in the air. Popping up on billboards in Phoenix, websites on the internet and even morning shows are all things “Boomers” as in Boomer Fest Days. The ads feature Grateful Dead figures in sunglasses, driving around in a hippie van tattooed with peace signs and pulling an RV loaded with golf clubs. They are on a road trip to Rocky Point, with plenty of rainbows, moons and stars—and music, lots of music.

This is Peñasco’s chance at establishing a great music festival on the magnificent Sea of Cortez.

Do you remember Woodstock? Well, even if you don’t remember, you heard of it or possibly knew someone who slipped around in the mud at the “3 Days of Peace & Music festival” held at Max Yasgur’s 600-acre dairy farm in the Catskills. This year marks the 45th anniversary of Woodstock.

Boomer Fest Days is slated to recreate that feeling, featuring at least five of the bands from the original Woodstock, but in a 2014 sort of way. The festival is happening next month in Rocky Point, October 9-12, where “Boomerville” will be in full swing throughout Puerto Peñasco. Will it happen? Let’s hope so– a large scale festival would be incredible for the community and help plant Peñasco firmly on the “destination not to be missed list.”

Boomer Fest Days or BFD has had to reschedule twice but it is now set on its October dates. Three times a charm right? Well, Coachella Music Festival, one of the largest music festivals in the world, herding in 80,000 people to the middle of the desert, needed several years to make it the epic success it is today. “IT takes a village” stated Henry Altman, Producer/Managing Member of Boomer Fest Days, and yes, it takes the support of boomers, lovers and fans of music to bring it all-together–Imagine the coordination involved. This time featured rock ‘n roll artists, are displaying Boomer Fest Days dates on their websites and calendars, coordinating logistics and getting ready to rock our town. New to the lineup this year, which gives us all a little solace, is our very own, Roger Clyne and the Peacemakers. Roger isn’t a boomer, but he definitely isn’t new to music festivals in Rocky Point. A pioneer of festivals in our little seaside town, he just finished Circus Mexicus featuring 10 bands in June of this year that was wildly successful. Boomer Fest Days is featuring his name as one of the 14 bands—which is sure to bring in thousands of Peacemaker’s fans that flock down when Roger holds his concerts. Sure, some of them are not boomers, as Roger attracts all ages in his following, but others are boomers who just love to rock-n-roll. Other featured bands for the festival that are from the Boomer era include Styx, John Kay and Steppenwolf, Dave Mason’s Traffic Jam, The Edgar Winter Band, Jefferson Starship, Christopher Cross, Canned Heat, Big Brother & the Holding Company, Country Joe McDonald, Javier Batiz and Steve McCarty.

Canned Heat, Country Joe McDonald, Starship and Big Brother and the Holding company (Janis Joplin’s band) and Edgar Winter, who joined his brother, were all performers at Woodstock and will open up Friday night with a bang and rock star tribute to Woodstock.

Besides fantastic music there’s a Celebrity Pro-Am golf tournament, which features a round of golf at Las Palomas and “rock and roll celebrities” and “pro golfers” making their way around the course to take photos and perhaps play a hole. There’s a Food and Wine festival featuring cuisine from the Sea of Cortez and Sonora and wine from the Northern Baja Vineyards. Several charity events will be held supporting various local groups such as Families helping Families, and Puerto Peñasco Youth Symphonic Orchestra. Boomer Fest also touts a motor-sports exhibit, featuring vintage cars, motorcycles, and ATVs. And in a salute to concerts of the past, Boomerville will host its very own “glamping” site. Glamping is glamorous camping,which will be offered as a state-of-the-art accommodations, two to four-person tents with cool amenities featuring a landscaped stretch of land with lighted paths, his and her bathrooms and showers and even campsite stores stocked with any necessity one might have forgotten. These are all in proximity to the show venue, located left of The Reef on Sandy Beach.

This all sounds pretty exciting even if you’re not a baby boomer (born 1946 to 1964). On the AZTV Channel 7 Cable 13 “Morning Scramble Show”, Steve McCarty describes the festival as “a 5-star Woodstock.” Well, we all know Woodstock was in a farmer’s field, and it rained–not much chance of a downpour or mud in our beautiful paradise-so bring in the crowds. If they build it, hopefully they will come. Because, it sure would be groovy to be looking out at the beautiful Sea of Cortez, basking in the glorious October weather, and hear, “Magic Carpet Ride” by Steppenwolf or “Lady” by Styx with a little Janis Joplin music.

Producer/Managing Member, Henry Altman is passionate about music, he spent 20 years of his life in the music world, working with industry labels such as CBS/Columbia / Epic Records and others as a tour advance man in Japan featuring acts such as Santana and Elton John. His son, Jayson Altman, is a world class touring rock drummer. Henry speaks of the boomer generation, “Baby boomers embrace travel, food, wine and music that defined a generation and created a culture that changed the world” adding “most baby boomers have never been afraid to cross any borders.”

Let’s embrace a great festival like Boomer Fest Days and put Puerto Peñasco on the map as a place to celebrate life. It only takes one year to start a tradition and gain security in fans– who knows it could become one of the most sought after annual musical festivals of the world (especially with a backdrop like Rocky Point!). If you want more information or to buy tickets go to www.Boomerfestdays.com (In-Ticketing is a licensed, bonded ticket agency for BFD). If you already have plans to be in Rocky Point during Columbus weekend (October 10-13th) one-day passes are available. Capture a little of the Woodstock era, help be a part of starting an epic event! Support Boomer Fest Days and let the music come to Rocky Point…Remember, it takes a village…

(At the time of our RPTimes deadline, one day tickets were not available. When available, prices will be posted on the Boomer Fest days Website shown in this article)

8 secrets for a Happy New Year 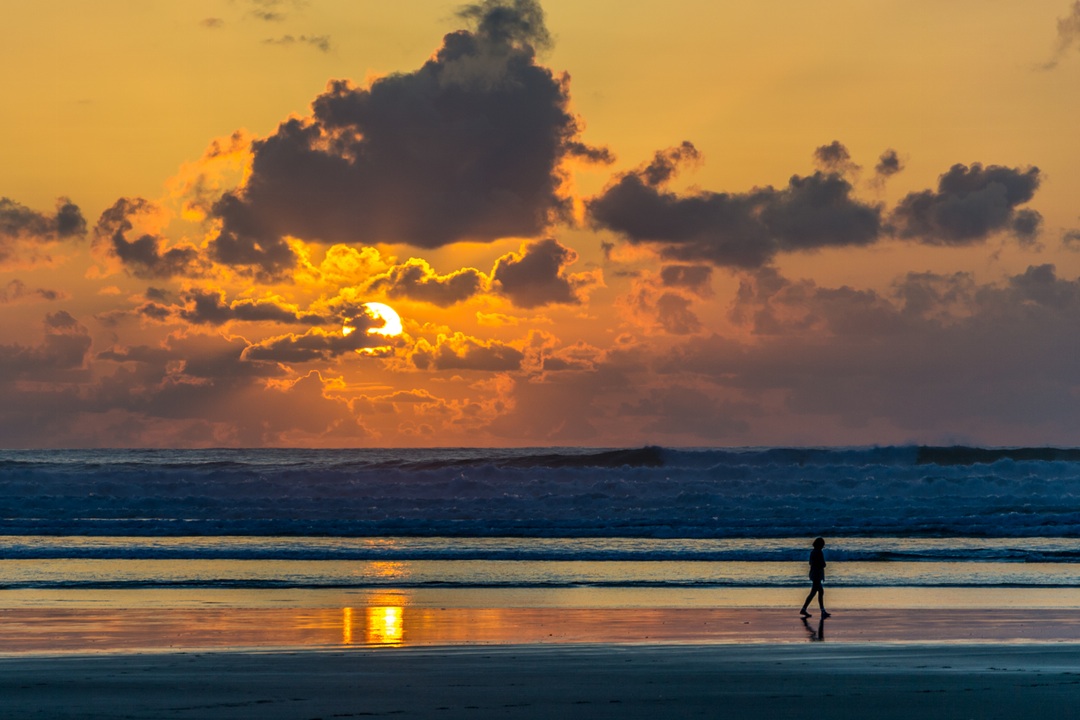