No Sniveling at JJ’s Cantina 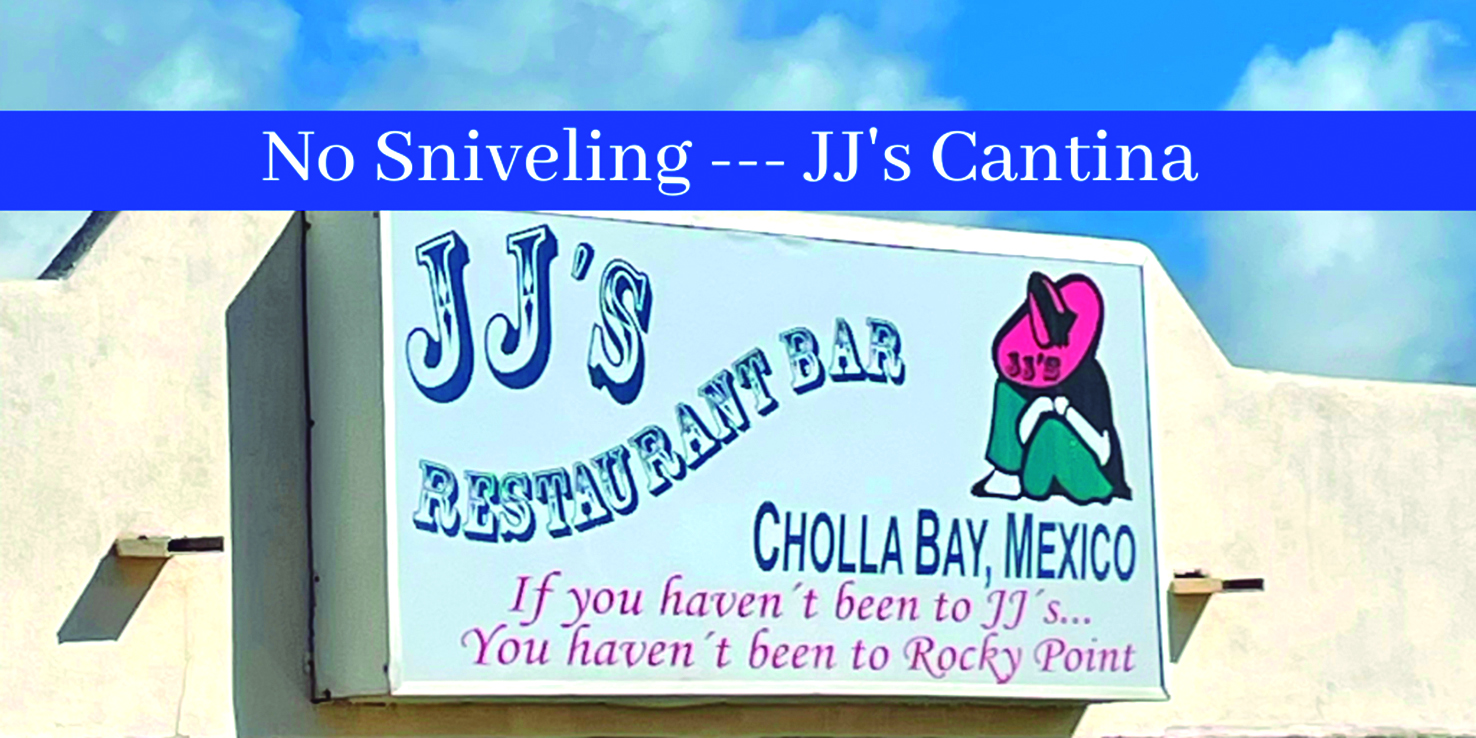 What no more JJ’s? Well, not the JJ’s that you knew. But the exciting news is, there will be a new JJ’s Cantina of the future, brought to you by the creators of Wrecked at the Reef. Much more to come on the new JJ’s… next month.

But for right now, let’s look back and remember.

Yes, It’s a new year full of changes but, it’s also one of reflection. Reflection of a business that lived and breathed in Cholla Bay for over 38 years. A business that once ran a contest of how far, the “No Sniveling” JJ’s Cantina sticker could travel. Antarctica and Japan are among the many winners.

Let’s step back inside the doors of JJ’s and remember the faces and memories that lined the walls of every room of the cantina. Happy snapshots from back in time of the 1980’s, 1990’s and the 2000’s.

If only walls could talk, they would share the memories and friendships of thousands. A picture tells a thousand words, and there are millions of stories in JJ’s.

Snapshots of time. Photos of fisherman holding their catch of the day by the JJ’s scale. A blast of decades of fashion and style from the 80’s and 90’s, all taken by an old school camera. Photos of the infamous “Bathtub Races”, the famous JJ’s ‘1 Club Open Golf Tournament” played on the wet sand of the Bay, and decades of “Angler of the Year” winners. Endless memories of fishing and music, dancing, and partying. A home of January Jam with Roger Clyne & the Peacemakers, and a bay of water to stand in, cool off and listen to live music.

All this nostalgia, because two guys name Joe and John (the JJ’s) decided to open up a community cantina on the edge of Cholla Bay. Yes, it was more than just a cantina, it was a community that hosted numerous charity events, served as a gathering place for folks to go, and memories to be made.

Picture the scene back then, it’s the 1980’s, Americans couldn’t own land in Mexico through a bank trust yet, just long-term leases. Cholla Bay was full of small houses, trailers, and fishing shacks. Most powered by solar or a generator.

But thanks to two guys, Joe Anacleto, from Hartford, Connecticut and John Fowler from Natchez, Mississippi who met in business when Joe worked out of El Paso, Texas and John worked out of Colorado. Two business colleagues who came down to fish for a week and ended up leasing a property in Cholla Bay with future plans to build a home.

If they wouldn’t have decided to pursue the bar in Cholla Bay which was called “El Club de Pesca La Cholla” at the time, Puerto Peñasco would have missed out on amazing events. Not only fun memories, friendships, and laughter but charity events that gave back to the community. The Santa Claus Club run by John Fowler started as a Christmas day event to give some candy and some toys to the children of Cholla Bay and over the decades has turned into a year-round program that gives donations to needy people all over Puerto Peñasco.

John Fowler states his favorite memory was at the Christmas Party years ago when a 5-year-old boy wanted to talk to him during the party. “The workers kept telling him I was really busy. He wasn’t buying that and still wanted to talk to me. They finally came and got me to talk to him. He was holding something in both hands under his chin and he reached up and handed it to me and said Merry Christmas. It was a Bic pen with “Cantina JJ’s” weaved on it. It really got to me that his family took the time to give me something for Christmas.” John would also like to thank everyone for their years of support and memories and make sure that everyone knows the Santa Claus Club is not ending.

There are many moments of JJ’s Cantina, when I asked Joe what was one of his favorite memories, he laughed and with a twinkle in his eye and a smile said, “Oh it’s a good one, but I can’t tell you”. But he did go on to let me know a few good stories and that Marlon Brando had been in JJ’s several times and enjoyed it. Other celebrities have been Drew Barrymore, Mark Gastineau, Brigitte Nielson, and Michael Carbajal, just to name a few.

I asked Joe, (the friendly face for all those patrons who walked through the door over the years) what he would miss the most, he replied,” The day I can’t walk in here, I will miss the people. Over a dozen people that have worked for over 20 years. Kids that started with me …friends I have met and lost.” I asked if he had any words of wisdom for the new JJ’s? “No words of wisdom. It’s time for a change…new ideas, new way of doing business. Let it be…”

“My first memory of JJ ‘s Cantina is the first time I came to Rocky Point. We drove into Cholla, and the road looked like a blanket of snow, dragged mattresses out of a closet, took them to the roof deck, swept the bugs out of the place, and then went down to JJ’s to have a drink. There was no electricity in the shack, but there was at JJ’s.”

“Years before we bought our place in Cholla, we stayed with a friend. JJ’s was always our first stop in town where we would order a drink, go outside to the patio, take a deep breath, and finally relax! We went for a walk one morning about 8 a.m. and were walking past JJ’s when some people came out, came up to us and yelled Woo Hoo and kept on going. They, obviously, had had a few and then we noticed a lot more people wandering in and out of JJ’s quite intoxicated. We commented that it was awfully early to be that drunk when we realized it was the One Club Open!” Kathy Van Holton

“High tide. Two guys on jet skis rode right up to the back of the bar at high tide. In just 90 minutes, while there were enjoying themselves in the bar, the water receded leaving the jet skis sitting tipped sideways on the lava rock! They were in shock when they came out and found them truly “beached”, and a whole lot of people had a really good laugh!

Lastly, the bar staff are fixtures there, and always a reason to go visit. Cesar, Munchie, Beto and many before them were the best, and hopefully still will be though these changes.” Larry Miles

Here’s to making new memories in 2022 to add to the treasured stories of the past, so watch out for what’s in store for the next chapter of the infamous JJ’s Cantina.

Nine Reasons to be Thankful for Rocky Point 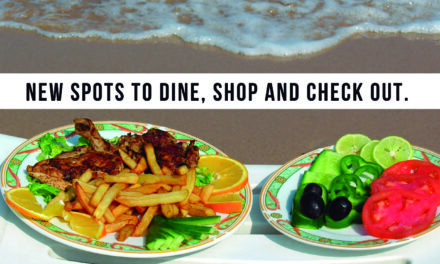 Recent additions, new spots to dine, shop and check out.