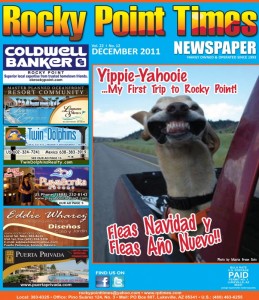 First I want to wish everyone a very Merry Christmas and a Happy New Year. I am really looking forward to 2012 because I believe that tourism is finally on the rebound. We all know what the state of our economy is, and that hard times are being felt worldwide, but even in hard times people find a way to unwind and relax and I can’t think of a better way to do that than spend a few days in Rocky Point.

From all the reports, and my own conversations and observations, everyone had a great time despite the fact that we had an unusually heavy rainstorm on Saturday. It rained so hard that the washes between Rocky Point and Caborca were almost impassable. The fire department used trailers for Mexican riders to cross the washes heading south towards home.
HOTEL VILLA GRANADA… For those of us who were fortunate enough to have been in Rocky Point when the hotel was in its heyday, we remember that it was the place to hang out with its fireplace, restaurant, cantina, swimming pool, live music and dancing. It was a place where people met and many new friends were made. The hotel was vacant for many years and in a rundown condition. About a year and half ago it was purchased by Weekend Missions a non-profit organization created by Mark, Jerry and Rusty. Working with several churches in the USA, groups are now coming to Rocky Point and working with local churches on several different projects, to improve the living conditions of the poor and needy. The hotel is now a base of operations for these volunteers. Currently there are four volunteers who operate the hotel. Conrad is the director of renovation, Martha and Erik and their sons Ian 7, and Isaac 5, coordinators of projects between all the churches, and Clara who assists wherever needed.

The hotel has thirty-two rooms and, as of this writing, six have been completely renovated, the rest are a work in progress. The projects that the volunteers work on can vary from one thing to another. It can be organizing a mobile medical clinic, to building a church, or even remodeling a house. A majority of the volunteer services involve about 75% of work in the barrios and 25% on the hotel itself. Everything is being done by these volunteers from concrete and electrical, to carpentry and painting. The goal of Weekend Missions is to provide for the physical and spiritual needs of the very poor, widowed and orphaned. I recently visited the hotel and I was quite impressed with what they have accomplished so far. They can use donations of any type of building materials, drapery, household furnishings or bedding. The hotel is located at 323 Leon de la Barra at the corner of Madero, two blocks east of C.F.E. (Electric Company) off Benito Juarez. For some of you old timers, like me, you should stop by and check it out, it will bring back a lot of memories and the folks there are very congenial. For more info you can call (011-52-638) 383-1394 or (480) 626-5440 or (480) 503-8832.

El Golfo or Bust… Last month we had our 31st semi- annual El Golfo Run. Besides our regulars who always participate, we had 14 new people that went for their first time. This trip we had the usual buggies, rails and jeeps, the unusual vehicles were two four wheelers, a golf cart, Razr and Polaris. Everyone said had a good time and will join us again. As has been the tradition, our trip was finished off with a ‘Survivors Party’ which was held at La Casa del Capitan, with a good margarita conversation and dinner. For those of you who are not familiar with our “El Golfo Run”, we do it twice a year – May and October. It is about an 85 mile trip to a small fishing town named “El Golfo de Santa Clara”. We try to stay off road as much as possible, driving thru the desert and along the seashore.

It’s a leisure drive that can take anywhere from 3 hours to six hours. No one is in a hurry. It’s a great way to meet new friends and see pristine beaches. Anyone wanting more information or to make a reservation for our May 2012 Run, contact the Rocky Point Times office or email Sandy at rockypointtimes@yahoo.com. All our numbers and contact information are on the bottom of the front page of every issue of the RPTimes.
S.O.B.S…translates to South of the Border Singles. About 20 years ago, three people, Nancy Moody (pictured), Glenda Maude and Bob Adams, were sitting around one evening, having a toddy and socializing. Someone said, “I wonder how many other singles there are here in Puerto Peñasco who would like to get together once in a while.” They decided to find out. They had fliers printed and distributed them to the R.V. Parks, Cholla Bay, Las Conchas, etc. The first meeting was held at Manny’s Beach Club, and that was the beginning of S.O.B.S. They got together for holidays and parties. In its heyday there were 78 members, currently there are 40. They have a president, vice president, treasurer and Sgt. at arms, who meet once a month. Members meet every Wednesday for Happy Hour at Playa Bonita Hotel Restaurant (Puesta del Sol) and every Sunday for breakfast at different restaurants. They get together periodically for trips throughout Mexico. Probably one of their most memorable outings took place last October. When 20 singles went about the Fiesta Cruiser for a sunset cruise, there were about 46 passengers onboard.

The boat ran aground and lots its steering and the wind came up. As described to me, from those aboard, it was basically bobbing up and down in high waves. The SOS was sent out and the Navy boats responded within six minutes, as the boat was not far off-shore. The navy boats rescued about 20 people. The remaining passengers donned life vests and swam to shore. In talking to the people, unanimously, they couldn’t say enough about how efficient and professional the rescue teams were. Beside the Navy, the Fire Dept. and Cruz Roja were on hand to transport everyone to the naval base, checking for injuries, blood pressure and possible shock. I am sad to report that there was one fatality. No others were seriously injured, other than some bruises and scratches. Thanks to the emergency personnel a very serious situation was handled very professionally.
If you are single, new to Rocky Point, and want to meet some really nice people, stop by and introduce yourself any Wednesday evening for Happy Hour at the Playa Bonita Hotel on Sandy Beach. 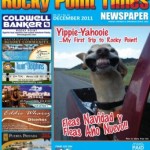 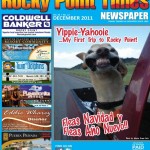 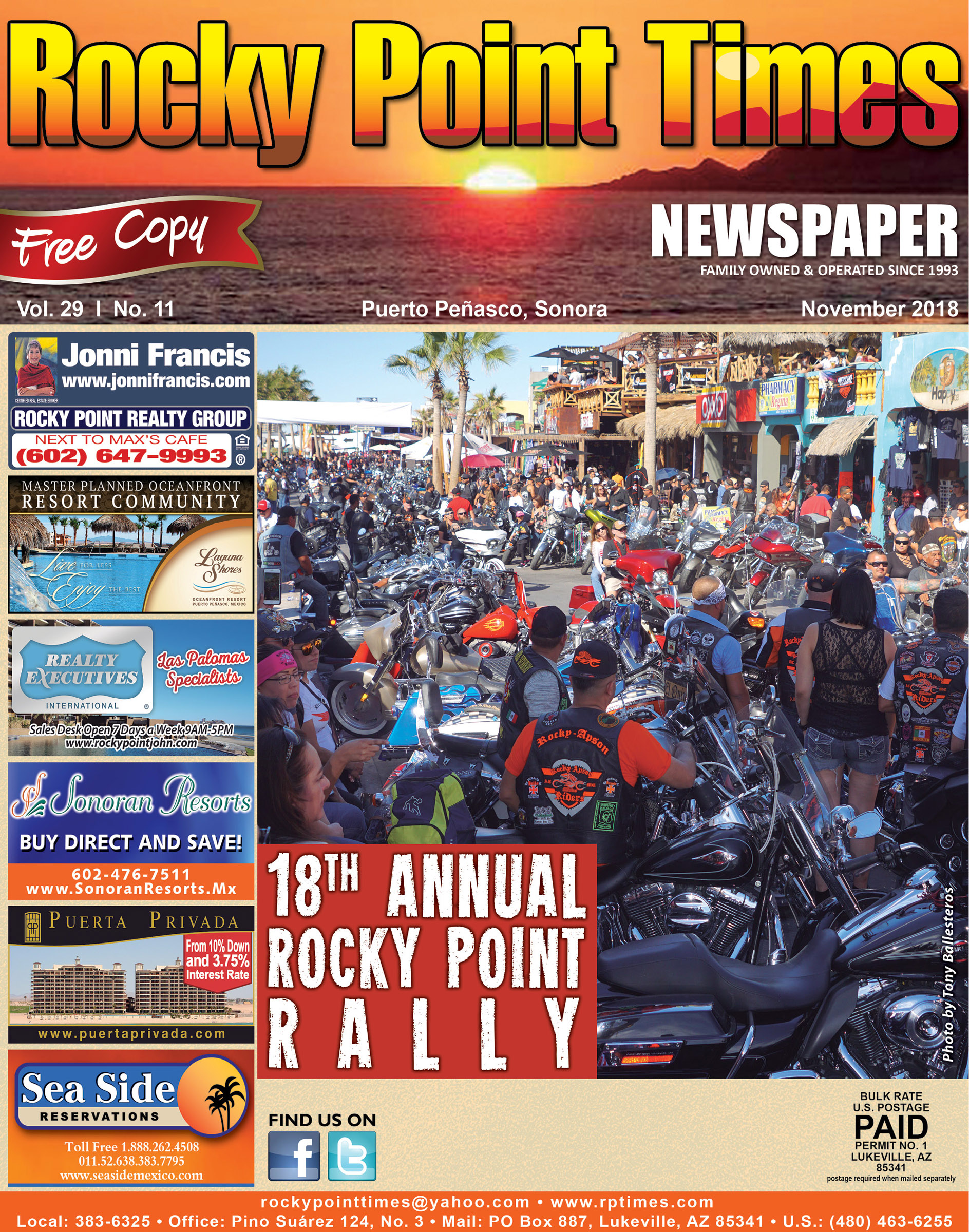