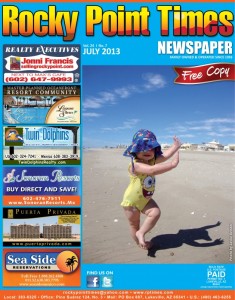 For almost 25 years now I’ve said that, by living in Rocky Point, every day is part of a learning curve. I came home to the Ranchito after being away for ten days and on the floor in front of the bedroom big, arched windows; there were about 50 dead bugs. At first, I thought that they were bees; they were almost as big as a bee. I put a few in a zip lock bag and took them to Señor Antonio Mendívil, owner of Contra Plagas, (Rocky Point’s local exterminator). After some research on his computer, he said that they were Queen Carpenter Ants, and because they were in front of the window apparently they had been trying to get out, looking for somewhere to start another colony. He also said that I was lucky that there was no sign of workers ants eating the wood. What had happened 14 months ago was that Sandy had noticed small piles of sawdust on the floor tile, which seemed to be coming from a ceiling TV outlet. After removing some drywall, there were a slew of ants feasting on the OSB particle boards, so we exterminated the place and, of course, had to replace all the OSB. I agreed that, yes, it was good that there was only Queen ants, but where were they coming from? No one has any idea, as we could not find any clues. Antonio came out to the Ranchito, sprayed the property, and we hope that solves the problem.

Antonio Mendívil has recently been elected as President of CANACO, which is our Rocky Point Local Chamber of Commerce. He said that one of his goals as president is to have more American business owners, here in Puerto Peñasco, become members of CANACO. He told me that one of the problems which he believed had been prevalent in the past was always a language problem, as the meeting has always been conducted in Spanish. In the near future they will have monthly meetings in English (date and time to be announced). He is also pushing for people to shop and buy local, thereby keeping the money within the community, and circulating dollars to create a win-win situation for all. We are very pleased to welcome Antonio, and we will do everything possible to promote his efforts.

I don’t know if this is good news, or bad news (for us), but the street that you turn onto (the one with the ‘walkover’) from the Main Blvd. Benito Juarez to get to our office, has been approved for a FACELIFT. This all just came about when the Sonora Governor, Guillermo Padres, visited our town and our street just today. There is a meeting scheduled to apprise all us business owners as to what to expect during the months of July, August, and September. We were assured that, for the 4th of July holiday weekend, the entire street would remain open??? We shall see. You can keep up with what’s happening with Calle 13, and what’s going on in Rocky Point by clicking ‘LIKE’ on our Facebook Page (Rocky Point Times Newspaper), and getting all of our posts.
Speaking of Facebook, every day Sandy tells me more about our ‘stats’. Remember, I don’t use the computer for ANYTHING, so I am just passing on some of this information. When she posted, after Memorial Day Weekend, that there was a double line of cars through Sonoyta to the border, there were 317 people who saw the post within only 8 minutes. When she put up a SUPER MOON photo by Steve Franklin, within 10 minutes it was seen by 113 people. It is absolutely amazing how quickly words and photographs can go worldwide! We now have almost 3,450 readers who have ‘Liked’ our page, and we’re going for more, she says. When Manny set up our page 2 years ago in April, he explained that we couldn’t have more than 5,000 ‘friends’…so he set the business up for ‘likes’ so that we could help more than 5,000 people. Sandy, at the time said she didn’t think that was really necessary because she couldn’t imagine us getting even close to 5,000 ‘friends’. Well, with a record of about 200 new ‘likes’ each month, she has changed her thinking about that. ‘Like’ our page, and get our posts.

Our Military Checkpoint which was situated on the Hwy. just north of town at the Laguna del Mar / Caborca turn-about has been removed as of Saturday, June 22, 2013. Of course it could be up again tomorrow, but this July paper will be at the printer down in Los Mochis, and I won’t be able to tell you till next month…that is, unless you are a friend of the Rocky Point Times Newspaper Facebook Page where we will keep you updated on all the news here.

Chef Luca, of Pane e Vino fame, is celebrating the restaurants second anniversary on Tuesday, July 2. He says to be there, Main Blvd. and the RRX, and sign up for the raffle prize of a dinner for two. Nice man, great food.

Lastly, check out www.duolingo.com to learn Spanish, French, German, Portugese, Italian, and / or English FOR FREE. Let us know what you think @ rockypointtimes@yahoo.com as we’ve already gotten five recommendations for the program.

WINNERS OF THE RPTIMES SOMBRERO CONTEST will be announced, and the pictures published, in our August issue. Thanks for all the photos you sent, some are very funny, and creative! The contest was over as of the end of June.

Before I forget, a special thank you goes to Charles and Beverly Kessler, from Crown King, AZ, for their generous donation to Casa Hogar Home for the Elderly. There were a slew of ants feasting on the OSB particle boards, which we exterminated and replace the OSB. I agreed that it was good that there was only queen ants, but where were they coming from? No one has no idea. Antonio sprayed the property and I hope that solves the problem.

Antonio Mendívil has been elected the President of Canaco which is Rocky Point’s Chamber of Commerce. He said that one of his goals as president is to have more American business owners becomes members of Canaco and that one of the problems that has been in the past is a language problem, as the meetings are conducted in Spanish. In the near future they will have monthly meetings in English. (Date and time to be announced). He is also pushing for people to shop and buy local, thereby keeping the money within the community, circulating dollars to create a win-win situation for all.

Before I forget a special thank you from Casa Hogar goes to Charles and Beverly Ressler from Crown King Arizona for their generous donation to the home for the elderly. 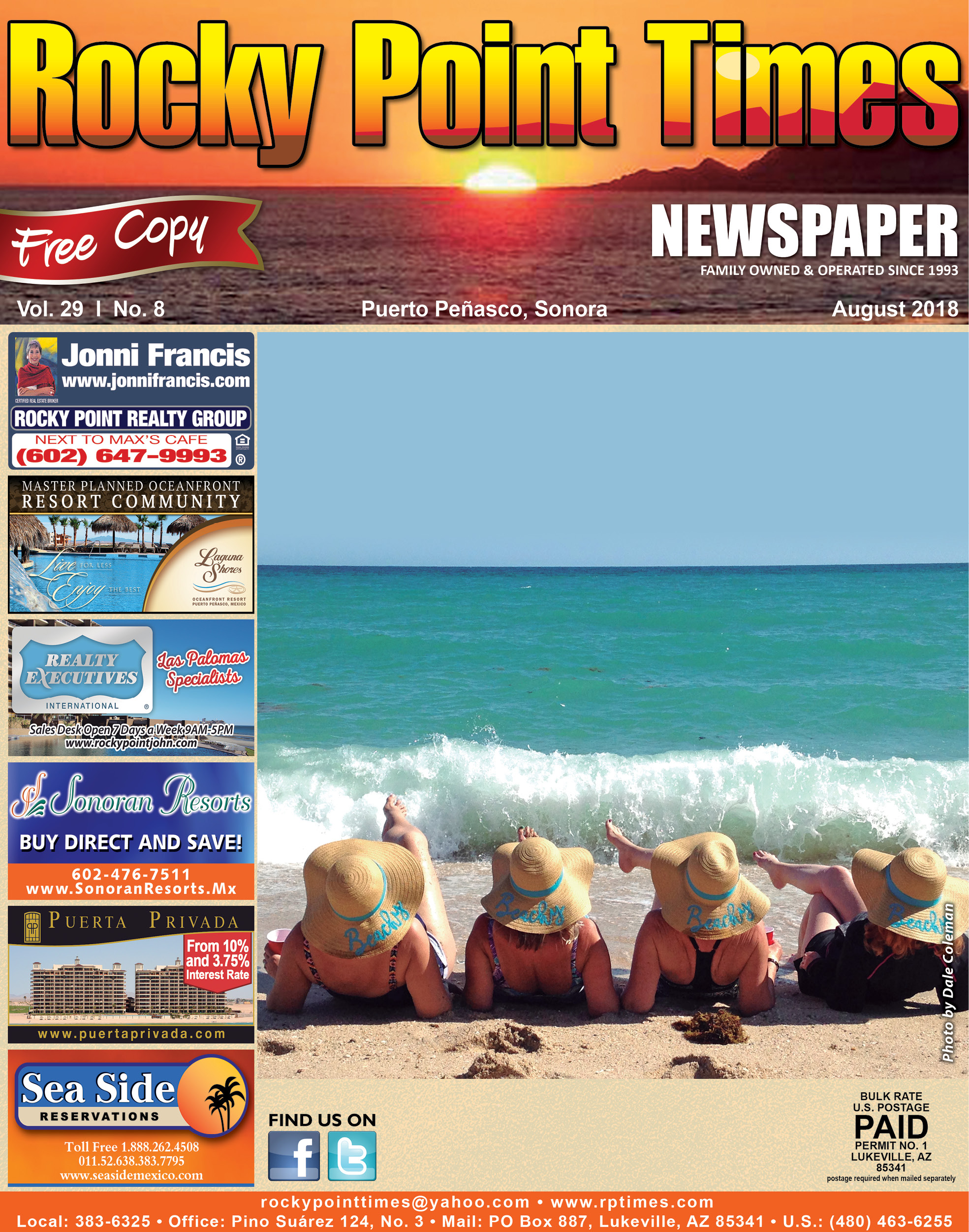