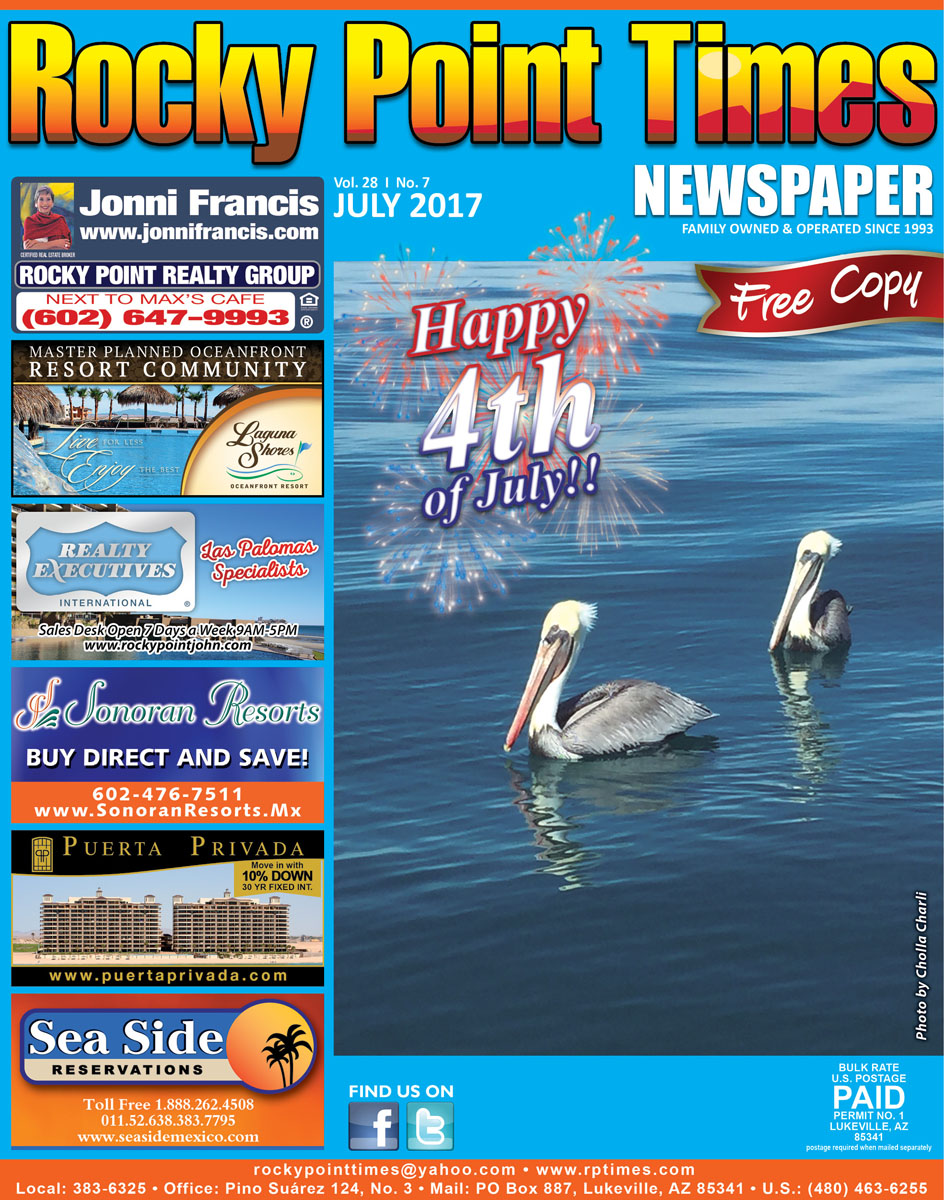 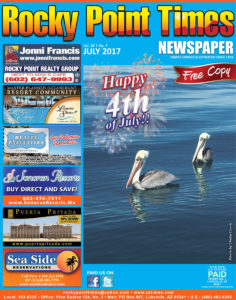 We had some BIG news coming out of Rocky Point last month…our cruise ship home port will be, once again, on the move forward and is now expected to be completed in 2019. Sonora Governor, Claudia Pavlovich and Arizona Governor, Doug Ducey came together to sign an agreement (or memorandum of understanding) that basically says that Arizona has agreed to provide support and services for the cruise ships docking in Puerto Peñasco. I don’t know the details, but Arizona would be pretty important to the success of our home port since many of the supplies would come from there, as well as services and Arizona businesses would also provide services for passengers like hotels. Plus the roads will see an increase in traffic so there is that whole side that will need to be kept in shape as well. The deal definitely benefits us as well as Arizona and our Governor stated that the agreement should release federal funds which will allow for construction on the port to continue. We’ll be sure to let you know the moment we see any movement around the port. For many of us old timers it is not a matter of IF the home port will be finished, just a matter of WHEN. We don’t like to rush into anything around here!

I found an interesting link on a Peñasco Facebook page that led to an article about Mexico’s President, Enrique Peña Nieto, Leonardo DiCaprio (an actor), and Carlos Slim (the man who owns everything in Mexico!) signing an agreement to save the vaquita porpoise. (I think the article might have been in the Mexico Daily News online.) While it isn’t directly about Puerto Peñasco, it is about the Sea of Cortez and I believe some of the remaining vaquita hang out in our area of the ocean so it would just make sense for Leo to come here and do a documentary about the vaquita. Don’t you think? The three powerhouses also signed memorandum of understanding (MOU) to save the less than 30 remaining vaquita, the rarest mammal in the world. The article says that the MOU is financially backed by Leo and Carlos (like how I use the familiar?…I’m practicing for having them over to my house for wine and snacks) and calls to make the temporary ban of gillnets permanent. I obviously do not rely on fishing/shrimping as my livelihood, but it seems that there has to be something better than those gillnets, which everything seems to get trapped in – not just the vaquita…they end up on sea lions and birds and turtles and not in a nice way. It is very sad to see a sea lion with netting cutting into its flesh. So how about this…instead of just saying ban this!, and don’t do that!, how about coming up with a solution and/or funding for the fishermen that cannot afford to go to another way of catching shrimp and fish? Just putting that out there in case Leo Googles himself one night while sipping on an ice cold Pacifico, and this article comes up in the top 3 results. Hey, it can happen!

Perhaps after we’re done with snacks and wine, I’ll take Leo and Carlos over to South Side Jillz for some fun and games on their (or should I say her) new Pickle Bar Court. From there I’m sure they, or at least Leo will, want to ride the new Rocky Point Zip Line. I might even pay the $59 USD for him! I’ll spring for a sunset cruise for Carlos as my way of saying “thank you” for lowering my cellular bill and giving me a great unlimited plan that I can use in the U.S. and Mexico!

Allrighty, a couple things I’ve noticed since the last Editorial…the Coastal Highway (coming from El Golfo) is still not great, with all but non-existent center line paint, faded out curve signs and big sand dunes, some of which stretch across both lanes. If you’re tooling around the Mirador area, make sure you stop and look at every intersection (off the main roads). A few times now I’ve almost been in an accident because the other vehicle did not stop where they were supposed to. Luckily I did a ‘California’ stop just to make sure no one was coming from the other direction…and they were…so I was lucky I did a rolling stop. I only know to stop or slow down at every intersection because of an accident many, many years ago. So when someone gives you that kind of advice…listen…because they’ve probably learned the hard way or know someone who has. Aduana at the Sonoyta border seems to be checking every car lately whether or not you get the red light so be prepared to be stopped even if you get the green light. On my last few trips through they just stopped everyone right in the lanes which not only meant every vehicle was being stopped, but that the border wait line was back around the gas station. If you’re coming down on the weekend you should maybe allow an additional 20 minutes in case they are still stopping everyone in the lanes and not pulling them into inspection. Oh, and just a bit of advice for trailer-pulling-newbies…go take a class or practice pulling your trailer in an empty parking lot. It’s not only me who has seen this a lot lately, but the border guys as well: People do not know how to pull their trailer. They can’t navigate the corners. Not only is this frustrating for you, the new driver, but for those behind you. One man in front of me actually asked for them to remove the pylons so he could continue straight and not exit like everyone else. And he is not the only one I’ve been behind lately! One of the guys at the border told me that a man spent like 15 minutes trying to get into the first lane going through the U.S. border. The guy waiting behind him got super mad and they started arguing and by the time the border guy saw what was going on, they had come to blows. I don’t want to bag on anyone for not being able to round that super easy corner, but for the sake of every other person behind you, please do some practice backing up, turning and parking your trailer in an empty parking lot before you come down to Rocky Point. (In case you are one of the few newbies thinking hateful things right about now…my Daddy taught me how to pull a trailer!) We are merely Messengers of Peace.

Barbara Mumaugh at Barb’s Dog Rescue said she could see an increase in donations during the Roger Clyne event and she is very thankful for all your support. Let’s make next year even bigger, and don’t forget you can keep on donating all year long to Barb’s Dog Rescue and to Nancy’s Animal Adoption Center (both have FB and www for info). And thanks to the American Legion Post 15 MX for making a generous donation of wet and dry dog food the Barb’s Dog Rescue.

In the next Editorial I want to talk a little about real estate. I imagine with the news of our home port on the move again, many people will, once again, be looking to invest in Rocky Point. In fact, it seems many are already doing so. This means that more and more real estate businesses are, and will be, popping up and more real estate agents and more projects and, of course, more buying and selling. We don’t want you to forget what we’ve taught you over the years about doing your due diligence and doing your homework. Be informed before making your final decision. Next month we’ll give you a rundown of some helpful information for new buyers and all you old timers. 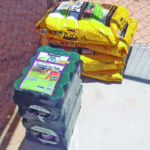 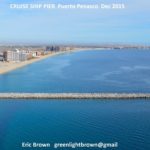 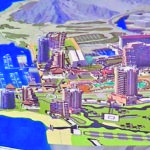 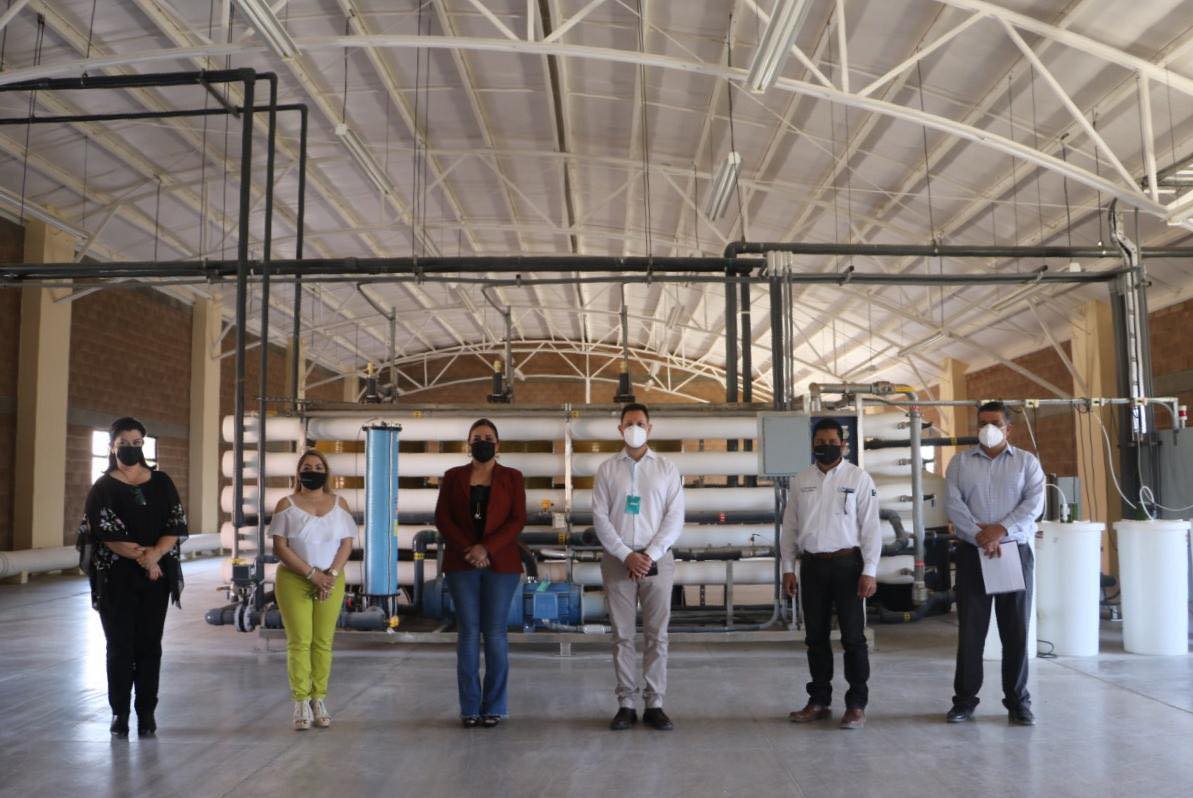 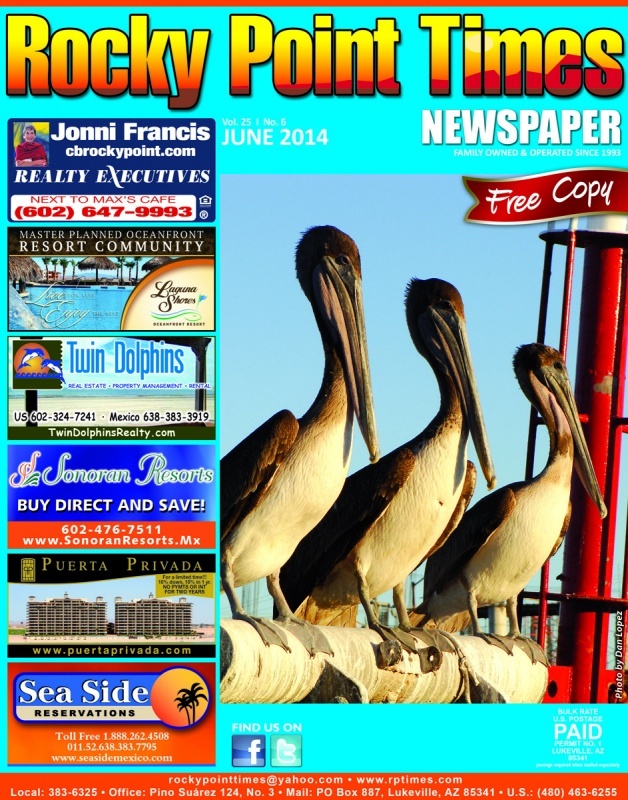 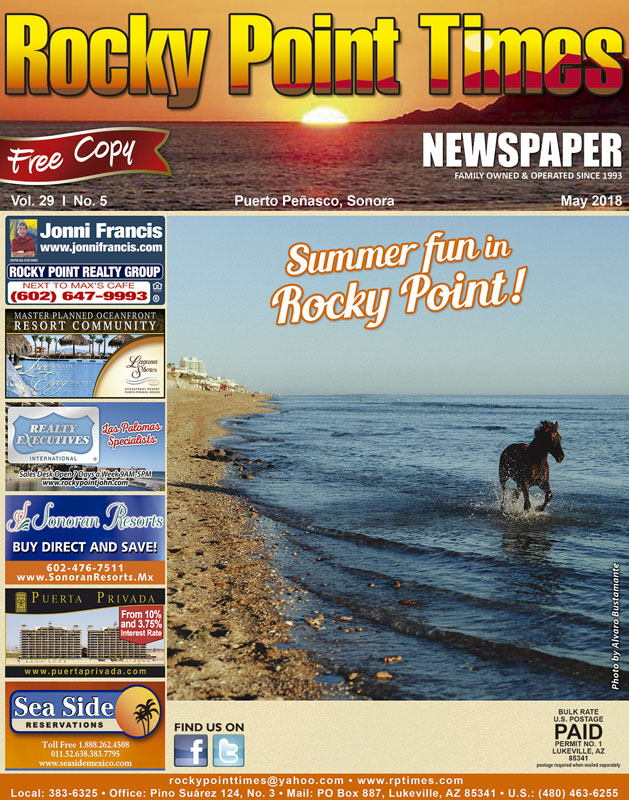 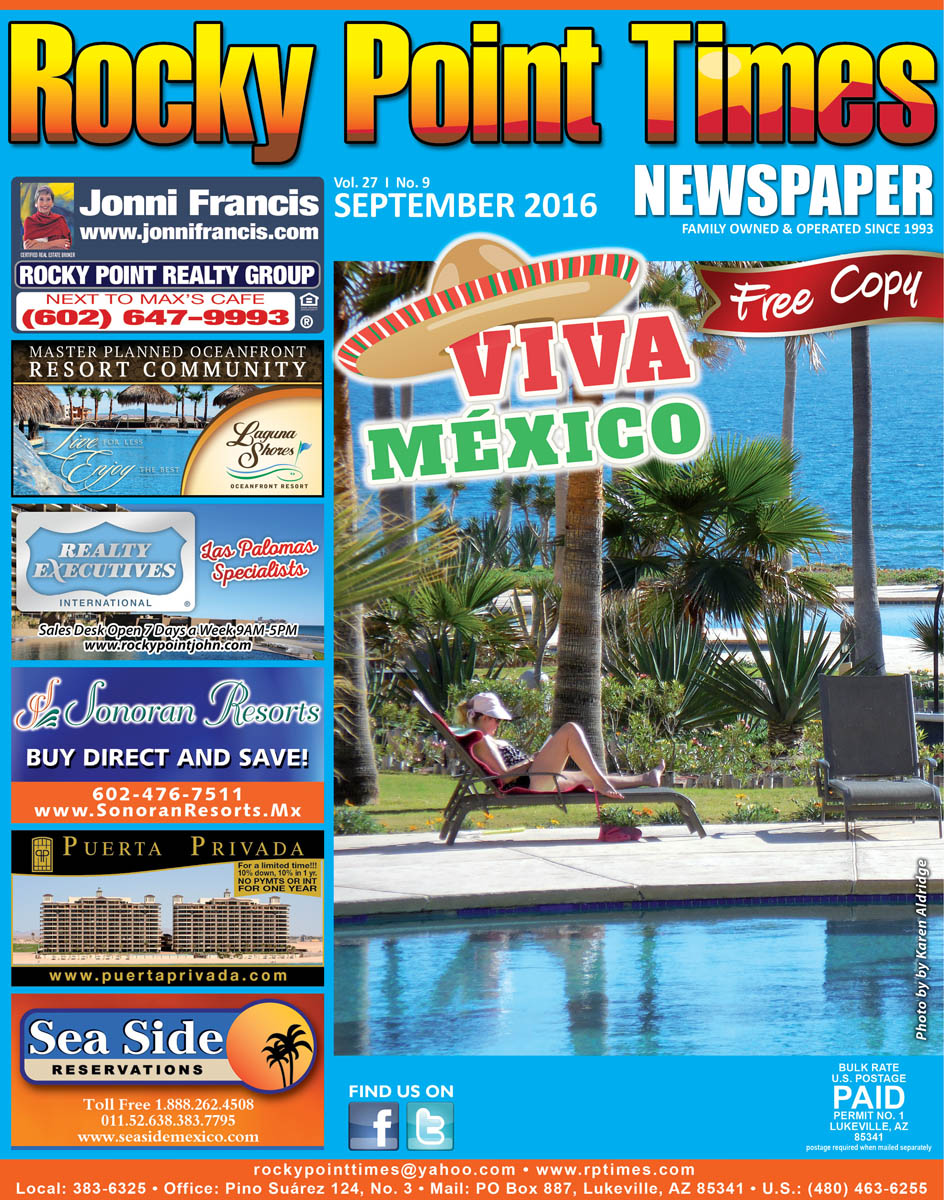