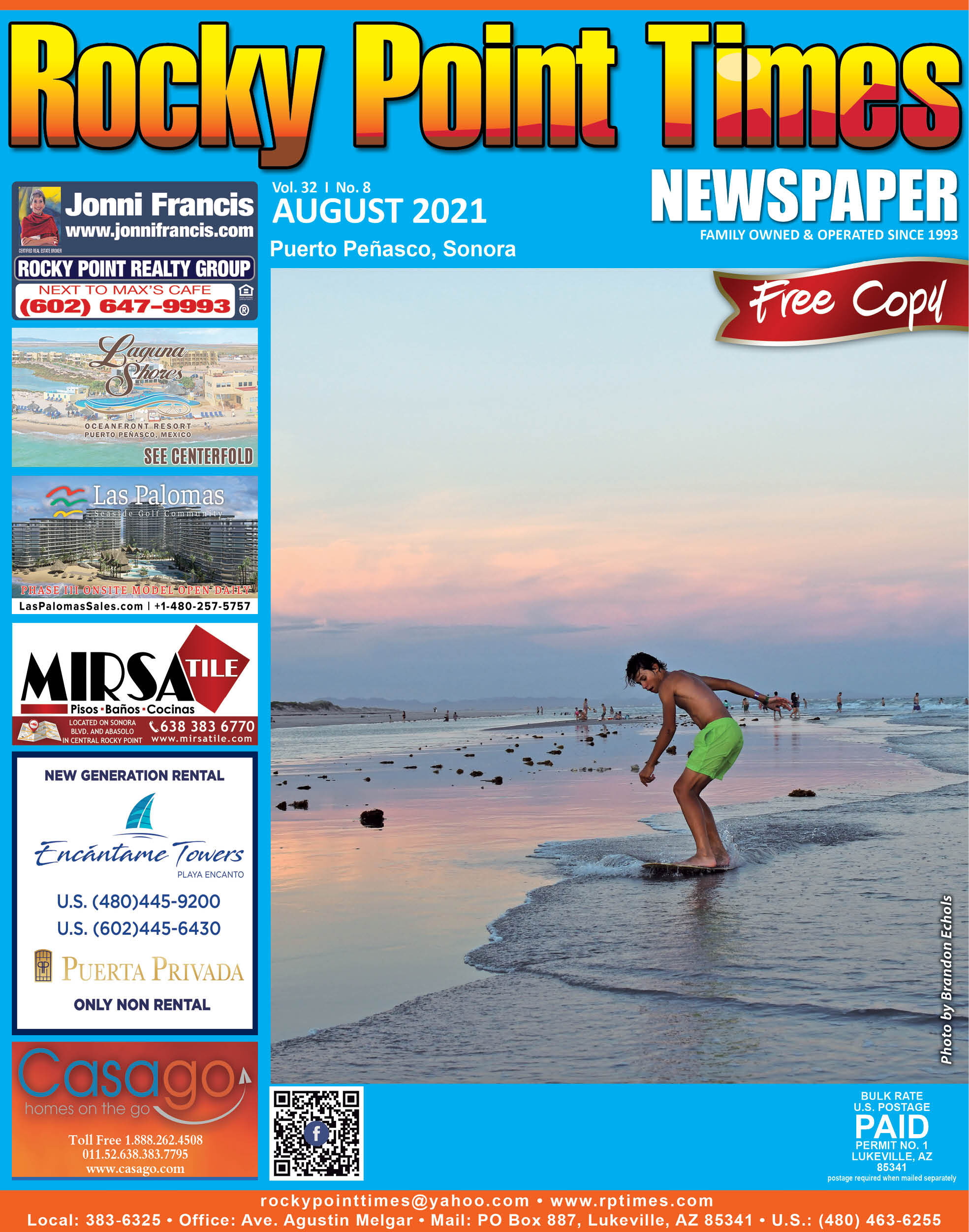 August is here and we’ll soon be celebrating the last official holiday of summer, Labor Day. And while that always signals an “end” to summer, it does mean that we’re that much closer to cooler weather, fun events starting back up and closer to the Mermaid’s Market reopening, which will be starting up again on Saturday, October 16th at the Shrimp Plaza/Park across from City Hall. And, then in November, we’ll be having the 20th Anniversary of the Rocky Point Motorcycle Rally starting on the 11th.

We always say that life is better at the beach, and that has certainly been true this summer. I do have to admit that I’ve been out of town quite a bit looking for cooler weather, without too much luck as the entire nation has seemed to have gone through a heat wave. A few trips to California (where I’m originally from) had me feeling like I was in Phoenix AND Peñasco combined – high humidity coupled with 100°+ temps…ugh. If it weren’t for the wine (and company) I probably would’ve headed back home to the beach! Have to say, yet again, I still prefer the humidity. And it’s always nice to cross that border, pop into town, hang out with friends and sprinkle some love around the restaurants, bars and businesses around town.

As I said in last month’s Editorial, I haven’t just been out having fun during my travels – I’ve been working: Spreading the good word about Rocky Point – talking to people and handing out papers, of which I usually keep a bundle or two in my truck for exactly that purpose. “Where do you live”, seems to be one of the first questions that always comes up and then I have to explain that I live in Mexico, not New Mexico…as in the country, not the state. And then the next question is…9 times out of 10…do you like it there? I never understand this question, but I do answer, LOVE IT, and that leads into me yammering on about the benefits of living in Rocky Point. So, during this last week in San Diego’s Little Italy with my brother, he came up with a great little idea: Make a contest out of your adventures, a sort of “Where’s Waldo (Lannette),”. Not a great name, but there’s free stuff involved, so who cares? I’ll be dropping a photo in this month’s Editorial, and you’ll have to have read last month’s Editorial to know where the photo was taken. Follow the instructions under the photo and you’ll win free grub and drinks at restaurants around town. (I’ll have to disqualify my Facebook Friends right now since they can scroll down my timeline and easily figure out where I was, but if I see them at a bar, I may buy them a drink if they answer correctly.) Maybe we’ll do snail mail and the earliest postmark wins! Would be interesting to see if anyone still writes letters. Hah! I know a lot of you do since y’all send in your subscription forms! (I always love the ones that are photocopied because no one wants to rip the paper apart.) We do currently have some give-away contests on our Facebook Page, so watch out for those as well when you’re on social media. Can’t beat free food and drinks in your favorite beach town. 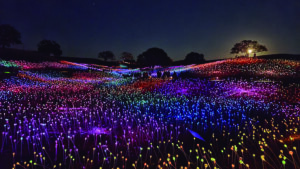 Rocky Point is still freaking busy just about every day of the week, which is absolutely great to see. No complaints here. And I don’t think it’s going to be letting up anytime soon. If you’re coming down this summer just be aware that some restaurants, bars, and businesses do close during August and September so you might want to check ahead and make sure your favorite place is open. If you’re on social media, you can do a quick search and find out if your favorite haunt is open. There are some Facebook sites that list the dates bars and restaurants close and will reopen, which is very handy. Something to look forward to in September is the 9th Anniversary of Duke’s Sports Bar & Grill on Plutarco Elias between Calle 14 and 15. It’s on September 4th and everyone is welcome to stop by for the fun and live music – look for their ad in this edition. And congrats to them on their 9th Anniversary.

Another reminder to NOT speed through Sonoyta (or Peñasco, of course), where the speed limit is between 20 and 40 Kmh through town. The “infamous” 40 Kmh hill south of Sonoyta is 40 Kmh going into the city and coming out as well. Heading south, the speed limit remains 40 Kmh until you get over the hill where it then go up to 80 Kmh. I suggest you follow the posted speed limits until you get around the curves and onto the straightway of Hwy. 8. I have noticed people being pulled over between the 40 and 80 Kmh signs on the other side of the hill, so just a word of caution. No one wants to start their vacation out by going to the police station and paying a ticket. Ugh. And speaking of tickets, I have noticed that the electronic sign at the curve, heading south, does flash the amount of the fines which is great that they are now posted in public view, but not so great since it’s really blurry and they flash by pretty quickly, but at least it’s a step in the right direction.

One thing I forgot to mention in last month’s Editorial, as I was complaining about the border traffic, was that Head Out Shuttle doesn’t have to wait in any line – busy weekend or not. So, if waiting in long traffic lines is getting to you, then don’t forget about Head Out. They pick you up and drop you off and then you can catch a cab around town – easy peasy. A great way to get in and out of Peñasco on busy holiday weekends – heck, on any weekend now.

Big news around Puerto Peñasco these last couple months, besides the elections in July, has been the two whales that washed up along our beaches, the completion of our Home Port, and our new solar plant. Two whales wash up on the beach, one of which the residents and CEDO saved: Amazingly keeping it alive and getting back into the ocean safe and sound. Unfortunately, another whale washed up a couple days later, originally thought to be the same whale, but it was a different one, and its fate wasn’t good. Always sad when the whales, or any mammal washes up on the beach.

If you didn’t know, Puerto Peñasco’s newly elected Mayor is Jorge Pivac and our new Governor (for the State of Sonora) is Alfonso Durazo Montaño. Durazo made a statement that our Home Port will be completed and that he, and other newly elected Governors, will be setting up a cruise line that will cover 12 natural reserves, which will most likely include Tomplobampo and Mazatlán. Those are some big plans so let’s hope it all comes to fruition – that would be super cool. And, I’m going to push my luck here…just a little and say if we get our Home Port finished AND have a cruise line, we definitely need the border situation fixed. Can you imagine Peñasco with a Home Port AND 5 lanes in and out of the U.S. and Mexico? Woohoo!

Lastly, Durazo announced that we will be getting a solar energy plant that should be completed in March of 2024. We are the absolute perfect place for such an investment with all of our open space and sunshine. Kids, Peñasco is growing up! If you’re groaning right about now, you might want to take a drive down south to Santo Tomas and talk to Tom Crewse – quiet, gorgeous and lots of amenities down there 😊.

As of this writing, nothing has really changed with our covid restrictions except that our curfew was lifted. We’re still wearing masks in businesses and in vehicles with more than one person. In restaurants and bars, you will need to wear them until you are seated and if you get up to walk around or use the facilities. Everyone is still practicing social distancing and wearing masks outdoors and establishments are still taking temperatures and issuing hand sanitizer.

Loads of dog food is still being dropped off at the WhyNot Travel Store in Why, AZ for transportation down to Barb’s Dog Rescue (located just outside of Peñasco). If you’re on your way down, feel free to grab a bag and bring it down for Barb. Also, Adopt-a-Classroom is collecting school supply donations so please contact Barb at rpbarbo@gmail.com and/or you can drop off donations at our office and we will get them to Barb. Also, Steps of Love is collecting monetary and school supply donations for their Backpack Project, so please check that out in Tia Katy’s article this month.

On a final note, social media was lit up in July with some incidents involving the Side x Side Rentals or RZR rentals, UTV’s – whatever you call them (I still own a dune buggy LOL). Mario is hot on the case talking to local rental establishments and the police about the rules and regs, but it seems that if you rent one of these vehicles and cause it damage – roll it, blow the engine, ding it, whatever – then you are responsible for repair of the damages. There is no insurance offered to my knowledge as of this writing – we’re checking into that as well. So, be very, very careful out there and be sure to photograph everything when renting anything so that all previous damage is documented. Next month we’ll get all the facts and let you know the score. Until then, have a safe and super summer and try to stay cool!

Photo Caption: In what city in California was this photo taken? Snail Mail your answer to: Rocky Point Times, PO Box 887, Lukeville, AZ 85341. The first two entries to arrive with the earliest postmark will win gift certificates to local restaurants! 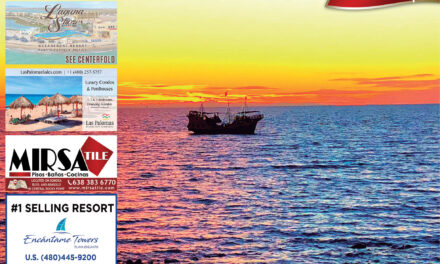 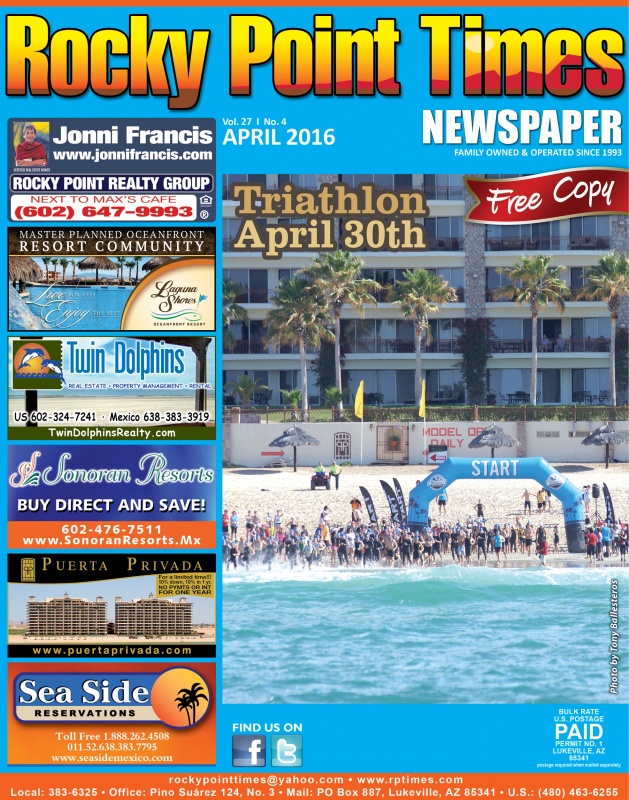 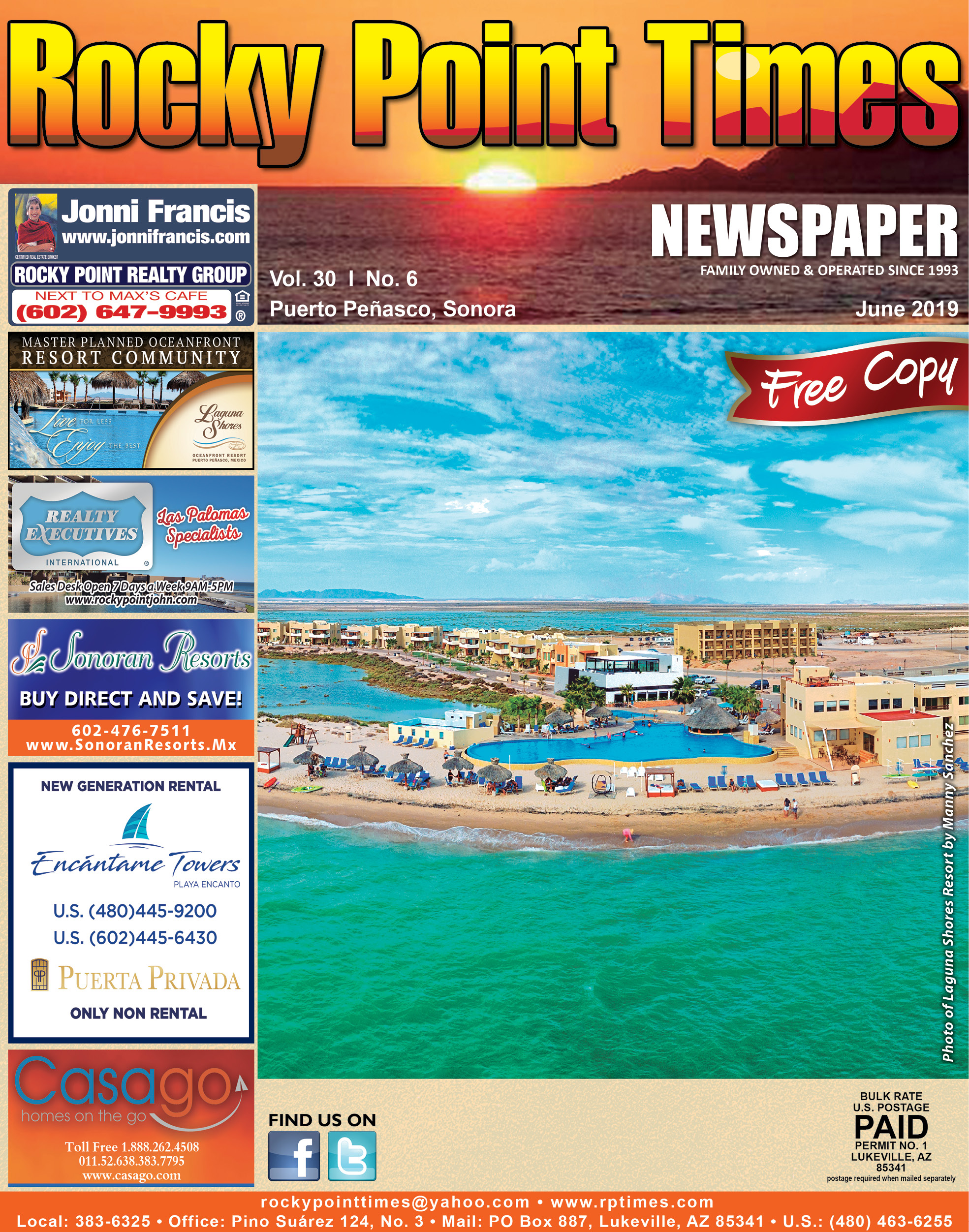