Having visited Rocky Point and the Grand Canyon National Park, I’ve noticed several discernible differences between the two tourist attractions; one has miles of white sandy beaches and the other is a big gash in the ground. The result, we’re told, from millions of years of soil erosion.

There are similarities, however; both have water close by. Puerto Peñasco aka “Rocky Point” to most folks – resides along the northern extremes of the Sea of Cortez, while at the same time billions of gallons of precious Rocky Mountain spring water slips past the Coors Brewery as it flows through the canyon to generate hydro-electric power and irrigate farm fields further south.

Also, just as vendors in RP offer horseback rides along a pristine shoreline, the Grand Canyon has its mule excursions into the abyss, a park maintenance necessity and tourist favorite for over 100 years.

Not often discussed is the physical condition of the animals involved in the two commercial endeavors. Likewise, while the missions are comparable – transporting people – their work environments are totally opposite. If a RP horse stumbles and falls, he and rider quickly topple onto a soft beach, whereas if a canyon mule missteps, it’s a long way to the bottom.

But in the era of handicap accessible buildings, sidewalks, transportation services and sporting venues, it was inevitable state and federal parks would be mandated to offer careers to animals needed in specialized situations – such as tour mules for the Grand Canyon. In keeping with federal “Animals With Disabilities” guidelines, it is now required a certain percentage of mules be blind and deaf or nearly blind and deaf and over 30 years old. Which, I understand, is considered senior citizen age for a mule.

If the mules also suffer from PTSD, ADD, STD or indicate symptoms of addiction to controlled substances or entered the country illegally, then special tax-exempt compensations can be granted under Department of Homeland Security’s new pilot anti-terrorist enforcement policy – “Mules Welcomed — Donkeys Not So Much.”

A similar program has also been implemented at the state level. In accordance with Department of Labor requirements, “Mules Are People, Too,” seeks to advance employment opportunities of mules previously excluded from many of America’s Fortune 500 corporations. Package delivery giants UPS and FedEx have recently hired several hundred of the pack animals in their “Going-Green” fuel saving initiative as replacements for retiring older gas and diesel powered vehicles.

The U.S. Post Office has also agreed to idle thousands of local delivery Jeeps and reassign drivers to more sure-footed, but not as swift, service mules. A letter may take a few more days or weeks to reach its destination, but delivery is guaranteed within a “reasonable” time period. “Reasonable” has been defined by the USPS as being sometime between January and December of the same or following year. Except during a leap year when an additional three months is added in order to compensate for the irregular orbital path of Saturn’s third moon.

During a required pre-ride orientation presentation, mule riders are given the opportunity to question GC National Park Supervisor Ted “Mule Skinner” Stinson, a longtime NPS official. The most common question asked concerning the newly implemented law is how safe is it to ride a blind, deaf and crotchety old mule down the canyon trail?

“Safer than you’d think,” according to park supervisor Stinson. “In the short time we’ve been using the handicap mules, there have only been 26 instances of near-accidents and only one reported actual fatality. Apparently the mule became disoriented and turned left when he should have turned right. Fortunately both the rider and mule embedded themselves on a ledge several hundred feet below the trail and we were able to extract the mangled bodies before lunch.”

When asked if the incident would adversely impact the future of the Animals With Disabilities mule program, Stinson calmly replied “No. In fact, accidents are encouraged and actually contribute to enhanced safety procedures. Possible accidents and fatalities are factored into every agendum and closely monitored to insure compatibility with existing park service codes, health care costs and PETA directives. An occasional mishap is bound to happen from time to time.”

Still, it seems unusual that blind and deaf animals would be used in such precarious work. Again, Stinson didn’t agree, instead insisting “It is no more unusual than having blind airline pilots. Why do you think they invented the auto-pilot and black-box?”

Reminded that the auto-pilot and black-box is required equipment installed into all large commercial airplanes, Stinson persisted in defending the new mule rides. “Apples to oranges” he said. “A mule can’t be expected to have auto-pilot and carry cumbersome black-box recording devices. That’s just not practical. Instead, we try to make sure the riders can see well enough to help the mules navigate the trails. Prior to being assigned a mule we test the rider’s vision acuity. If a rider cannot read the big E at the top of the chart, we will put him on a mule that has adequate vision in at least one eye.”

Continuing in his explanations of what is officially dubbed “Safety As You’re Walking, Hiking And Transporting” – (SAYWHAT) – Stinson makes sure every rider is given a detailed brochure outlining congressional legislation enacted to insure compliance with previous and current domestic and foreign treaties regarding UN recognized canyon and open pit mining ordinances.

“For insurance purposes” Stinson reminds the attendees, “park service regulations require mule riders maintain a one-million dollar accident policy. If, God forbid, some misfortune happens on the trail and the mule falls into the canyon, then the park is compensated for its lost. If there is any money remaining from the insurance policy after paying mule related expenses, it is given to the park employees’ annual Thanksgiving Treats for Tots program.”

“What about the rider” a visitor asked, “aren’t they insured by the policy?”

“We assume the rider is already covered by uninsured motorists insurance or Obama Care” Stinson replied. “It is not the park’s responsibility to guarantee a hazardous-free adventure. That’s impossible. All we can do is adhere to existing OSHA and EPA rules in making certain the park is faultless if the mule stumbles or the rider is tossed thousands of feet to the canyon floor. Life has risks and a trip into the canyon is no different.”

Realizing the park’s liability for possible accidents or consequences caused from unexpected mule or equipment malfunctions, every rider is also expected to sign Form G-361.5c/d(g), a waiver which basically releases the park service, its employees, equipment, lodging facilities, food services, trash collectors, wildlife, roadside vagrants and associates which may or may not be involved in park operations from possible criminal or civil litigation. However, the waiver does not exempt from prosecution any lawyer soliciting clients alleging wrongful death or injury from mule caused accidents.

With all of this in mind, I’ve come to the conclusion I’d rather take my chances on a Rocky Point horseback ride. Better yet, I think I’ll simply kick-back in a beach recliner, beverage in hand and watch the saddled equines shuffle by.

PS – Most of this article is complete fabrication, drawn from real life observations. By the way, while there have been mule riding accidents over the years, there have been no reported tourist fatalities in the history of the Grand Canyon tours. In 1951, a mule handler working for a concessionaire of the park, died in a mule related accident.

Usually, fatalities at the Grand Canyon involve people acting stupidly and doing things they shouldn’t do. 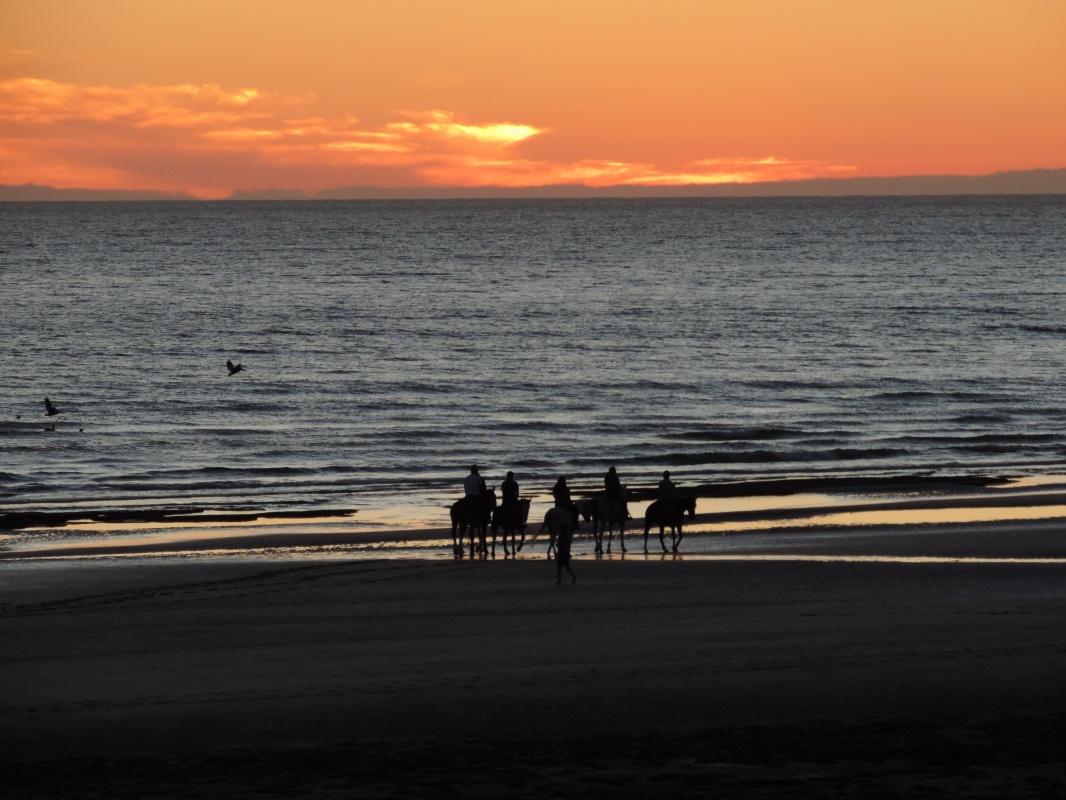 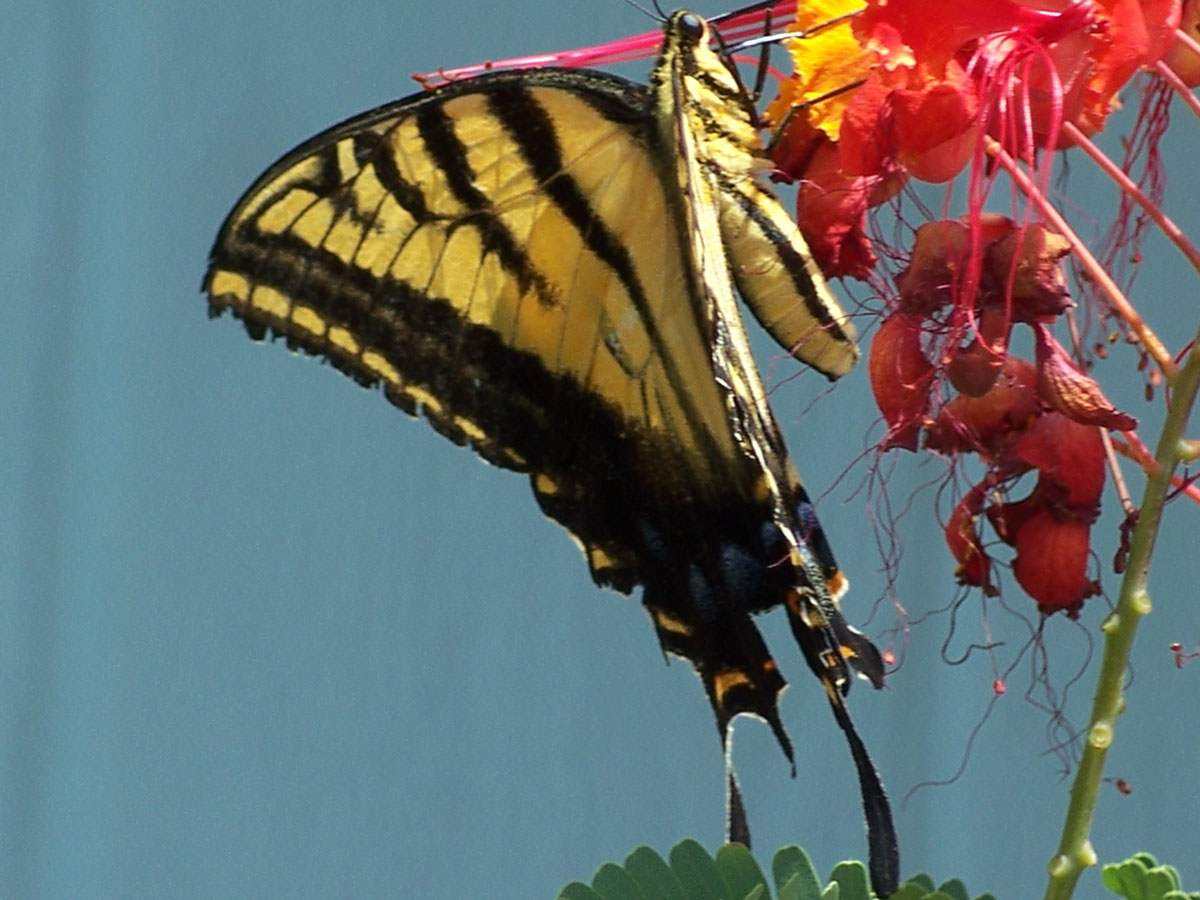