Can you believe we are nearing the end of the 9th season of the Mermaid’s Market? I thought I might briefly review the history of the market and tell you what the “mermaids” have planned in the very near future!

Way back in the winter of 2011 and spring of 2012, we participated as vendors at a Farmer’s Market here in Peñasco. Yet, as the fall of 2012 approached, we realized the Farmer’s Market would not be returning. Russ and I began thinking about organizing a similar event. In discussing some of the obstacles that existed for the Farmer’s Market, we decided that we had a very real lack of “farmers!” The prior market had definitely attracted more artisans, artists and crafters than farmers!

So, we decided to call it this new project the Mermaid’s Market. It sounded a little more artsy. Besides, who knows exactly what mermaids sell – or buy for that matter! (Although, it seems as tho they must buy & sell wonderful treasures!)

We also wanted a highly visible spot. The “Shrimp Plaza” or Park was our first choice! We were absolutely thrilled to receive permission to have the park as a home for the Mermaid’s Market. Through these past 9 seasons, we have worked with several administrations to renew these permits. The Mermaid’s Market also benefits our local DIF organization, which gives assistance to local vulnerable families and children.

At the end of our 2nd season (April of 2014), we introduced a season finale: The Pirate and Mermaid Extravaganza. It would be a “Cajun-style New Orleans Party”. This was the first time that we had food and beverages at the market. The following year, we added live music and entertainment!

In April of 2018, we began sharing the park with the Oaxaca Market each spring around the Semana Santa season and that year there was no finale party. In 2019 our finale was relocated to the far side of the park. And of course, in April of 2020 there were no group gatherings scheduled at all.

For 2021, we have redesigned our schedule, and, after a brief interruption, we are happy to announce our Pirate and Mermaid Fiesta will happen! This Mermaid’s Market season finale will be on Saturday, May 29th.

Our artists are definitely excited to return to the park! We will have food and drink along with live music and entertainment all day. In the spirit of New Orleans fun, the bar will be serving up Hurricanes in addition to our signature Mermaid Margaritas! There will be a few strains of Zydeco music thrown in, too.

Are you willing to join the fun? Dress up as a Pirate or Mermaid and we will have prizes for great costumes!  We hope to see you there. DETAILS: www.mermaidsmarket.com 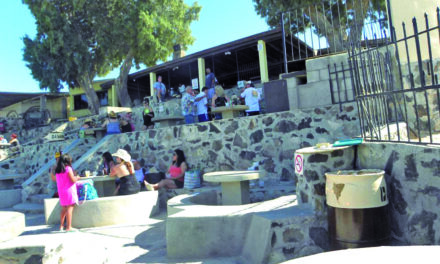