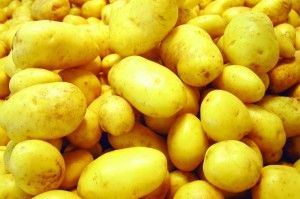 The areas surrounding Lake Titicaca in the Andes Mountains of South America, near the border of Peru and Bolivia, can trace the domestication of the potato back 8,000 to 10,000 years ago. The lake, with an elevation of 12,500 ft above sea level, played host to a plethora of wild potato species. Myths of the Inca Cultivation tell a story of how Viracocha, the Creator, sent two of his sons to teach the people how to grow crops, so that they would never go hungry. As in all societies, security is based upon food production and storage. The Incas developed the first freeze-dried potato called Chuño which was reserved in storehouses in case of food shortages. Thousands of varieties of potatoes are grown in the Andes; they come in a multitude of different shapes and colors. The potato was, and still is, such an integral part of Andean life that time was measured by how long it would take to cook a pot of potatoes and to measure land, by how much growing area was needed to feed a family.

The word potato comes from the Spanish potates (po ta taes). The potato in the vicinity of Lake Titicaca is called Mama Jatha. In Mexico the potato is referred to as papas.

Centro International de la Papa, under the auspices of the United Nations Food and Agriculture Organization, holds planting material for about 3,800 varieties of potatoes grown in the Andes.  According to the CIP, Andean farmers may sow more than 100 different varieties of potato in one season. The diversity is a protection from entire crop failures.

With the Spanish Conquest of the Inca Empire, the potato was introduced to Europe in the 16th century. There is a legend that Sir Walter Raleigh, a British explorer, brought a gift of potatoes to Queen Elizabeth and invited the aristocracy to a banquet featuring the newly discovered aliment. The story goes; the culinary chefs were not familiar with cooking tubers, so they threw them away and served the plant greens instead, making everyone deathly ill. The potato is a member of the nightshade family that also includes tomatoes, green peppers and eggplants. Eventually, the potato was accepted as a food source and became a staple in some parts of Europe. Unfortunately, only a couple of species were brought back from the Americas. This limited genetic diversity led to the Great Potato Famine of 1845 in Ireland when the disease known as Late Blight destroyed the potato crops causing millions to starve.

Some species of potato will flower and produce a small green tomato like fruit that contains an estimated 300 seeds that can be planted. This fruit is toxic and therefore, not edible. The potato may also be propagated by cuttings from the vine or by planting 1 or 2 of the eyes cut from the tuber.

Not only are the vines and leaves of the commonest potato plants toxic, but the color of green present on potatoes is a sign of toxicity. The green is chlorophyll and not harmful, but the green color indicates the presence of the toxin, solanine. The plant produces solanine to defend itself against fungus and pests. When a potato is exposed to light or bruising it will turn green.  Always peel or cut off all the green before cooking and consuming. Also, thoroughly remove the eyes as they are toxic as well. Some symptoms of solanine poisoning include headache, diarrhea, hallucinations and vomiting.

Monsanto developed a GM (genetically modified) potato that could resists damage from the Colorado potato beetle, causing the bursting of its stomach, by incorporating the genes from Bacillus Thuringiensis. Bt-toxin is harmful to the digestive tract of humans and animals, and triggers inflammatory immune system responses. The good news is that McDonald, Burger King, Frito-Lay and Procter & Gamble declared they would not use the GM potato. Monsanto published their decision to discontinue selling and marketing the line in 2001, however, the Bt potato lines are still fully approved for use in the US and Canada. 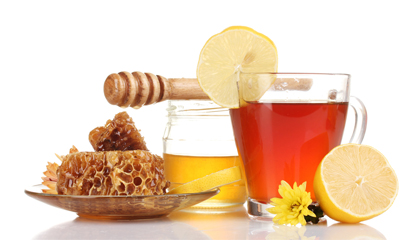