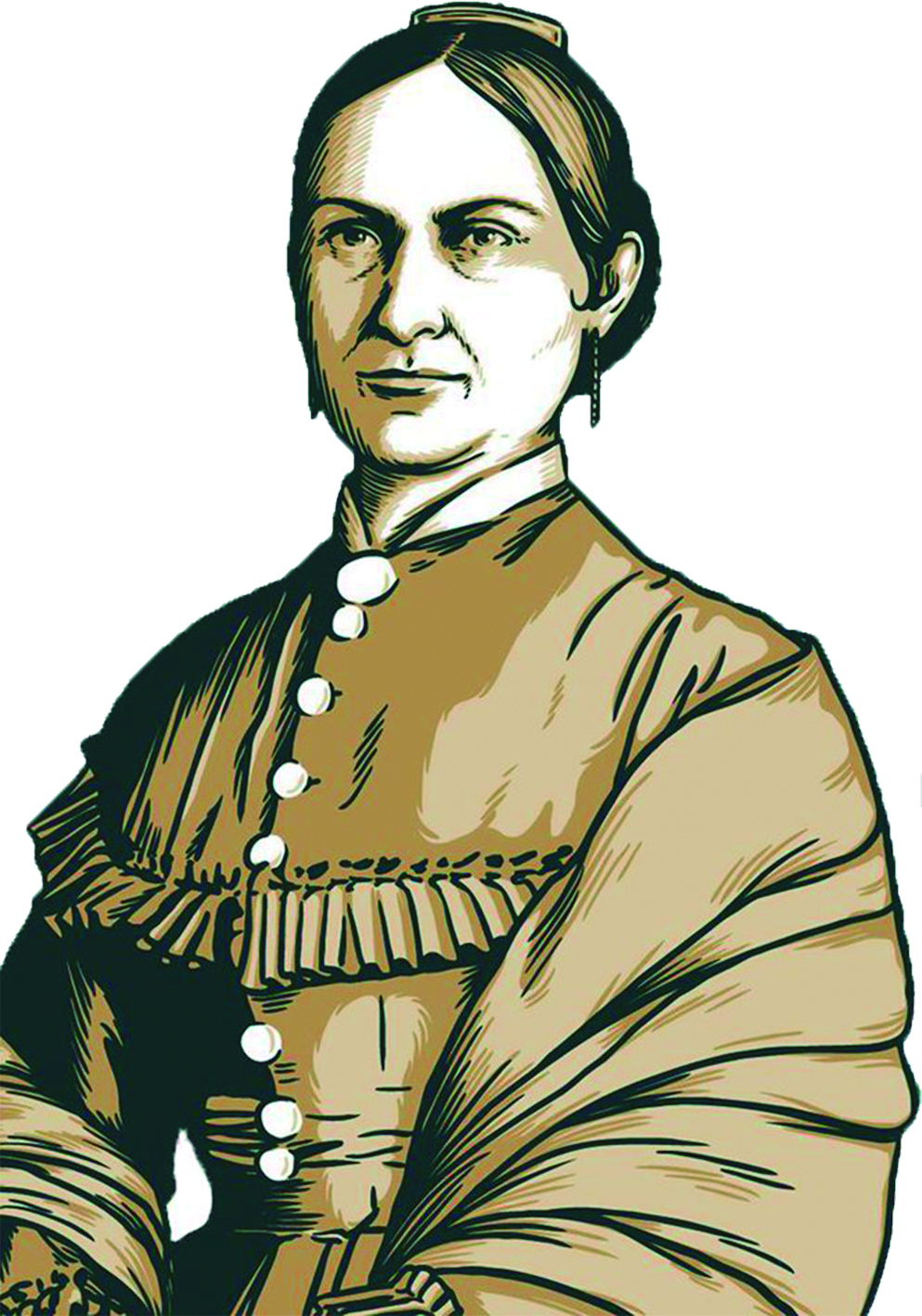 Orphaned at a very young age she was raised by her sister, who in 1789, enrolled her in the first school in the Americas that would educate woman beyond the training of household duties. Josefa Ortiz went to Colegio de las Vizcainas, the college of St. Ignatius Loyola, in Mexico City. The college is still in existence today. Shortly after graduation, she married Miguel Dominguez who was appointed by the Viceroy of New Spain as a “Corregidor”, the Corrector; a civil office charged with the administration of the law  in the City of Queretaro, located in the current state of Queretaro, Mexico. History referrers to Josefa Ortiz de Dominguez as the “Corregidora”.

She was a strong supporter of the War of Independence from the tyranny of Spain and the Church while raising 14 children. It was the fashion of “criollos”, pure Spanish born in Mexico, as she was, to organize secret literary societies where the Philosophy of Enlightenment, banned by the church, was discussed. The Age of Enlightenment refers a phenomenon that had a profound effect upon world history. As an example, these principles of Enlightenment strongly influenced the signatories of the Declaration of Independence of the United States and the French Declaration of the Rights of Man. Inspiring political movements to seek freedom, democracy, and fair treatment of all classes of people. Enlightenment principles formed the intellectual framework for these revolutions and many other countries thought out Europe and the Americas.

At that time, revolution appeared to be more attainable due to Napoleon’s Peninsular Wars and with replacing the King of Spain with Napoleon’s brother, Joseph. Spain was vulnerable and not in a good position to successfully defend their hold on the colonies. Josefa’s home became the official location for meetings discussing revolutionary issues. Her co-conspirators included famous revolutionists, Miguel Hidalgo y Costilla and Ignacio Allende. Much of the planning for the insurgence was arranged in her home; housing hiding places for weapons, bullets, swords, supplies and the manufacture of these necessities along with the training of the Indians to fight against trained Spanish soldiers was organized.

The revolutionist’s were betrayed by one of the supporters. On September 13, 1810, Miguel Dominguez, her husband, who supposedly was unaware of her activities, was ordered to arrest the conspirators. He locked Josefa in her room and proceeded to do a house-to-house search in Queretaro for the rebels. Josefa managed to get word out and successfully warned her comrades. On September 15th at 11pm Father Hidalgo rallied the people to fight for their independence. That was the night of the famous speech known as El Grito de Independencia. Early the next morning on September 16, 1810, the war started. It lasted 11 years. Josefa and her husband were arrested and imprisoned separately. She was found guilty and sent to serve her sentence first in a monastery and then in a convent until 1817 when she was released under an oath not to partake in the war. Her fellow conspirators were not as fortunate. Hidalgo and Allende were arrested and executed not long after the war began.

Josefa Ortiz de Dominguez is one of Mexico’s great heroes. Her image has appeared on coins and postage stamps, besides a monument and names for streets through out Mexico.

Can chewing gum be good or bad for you?