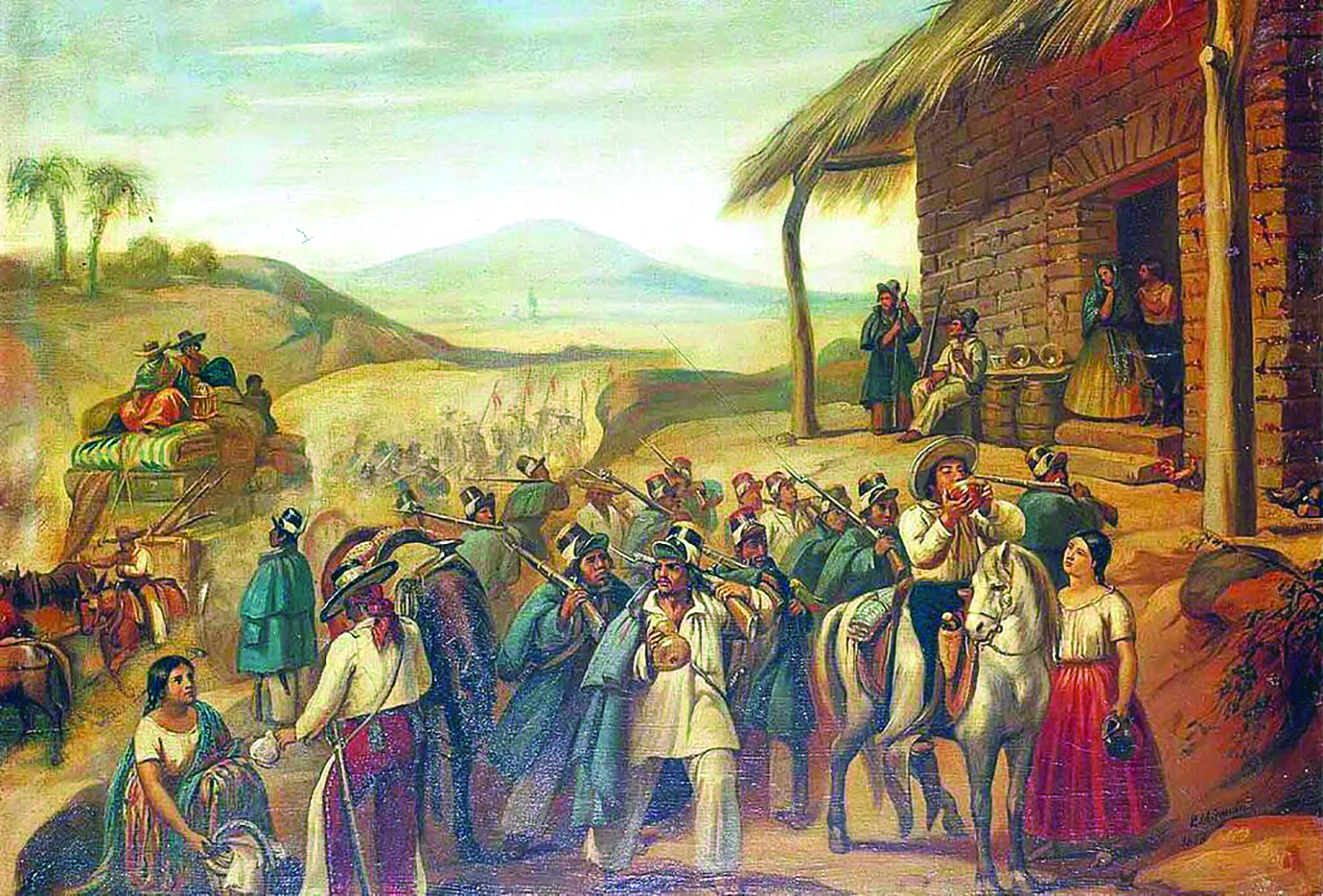 Historically, Mexico had been under Spanish Rule which included the power of the Catholic Church over the citizens. In 1854 there were members of both Conservative and Liberal political persuasions. The Conservatives were happy with the way the government was structured. The Liberals were not. Florencio Villarreal, a Liberal, drew up the Plan of Ayutla which was proclaimed by General Juan Alverez. This Plan was aimed directly at the deposing of the self-proclaimed dictator, Antonio Lopez de Santa Anna, creating a liberal constitution and separating the Church from the State. These political actions precipitated the Mexican Reform Laws War. Santana resigned and left Mexico until after the death of Benito Juarez.

During the presidency of Ignacio Comonfort, the new Constitution of 1857 was drafted. These Reform Laws included: freedom of speech, freedom of the press, freedom of assembly, the right to bear arms, civil liberties for all Mexicans, the reaffirmation of the abolishment of slavery, debtors’ prison and the death penalty; it secularized marriage and greatly curtailed the power of the Catholic Church. Interestingly, the abolishment of slavery law stated that a slave from any country would become free when they set foot in Mexico, giving a safe haven to any runaway slaves from the United States.

In 1859 the Law nationalized Church property and decreed the end to all church involvement with cemeteries. Holidays were regulated and official attendance at Church functions was prohibited. The above are only some of the provisions; there are many more issues that were addressed in the new constitution.

The Conservatives, needless to say, had their own plan. They drew up the Plan of Tacubaya. With support from the Military and the Church, the Conservatives dissolved the congress and captured Juarez, who astonishingly escaped a firing squad. The advantage the Conservatives had over the Liberals was that their military was better armed, had ample supplies and were trained.

However, by 1860 the tables had turned, and the Liberals were able to win. The final battle was fought just before Christmas Day 1860.  On January 1, 1861, the Liberals victoriously entered Mexico City. After the Reform Laws War and the War with the French had ended the Republic was restored. Benito Juarez who had been the supreme authority as commander of the army became president of Mexico.

Our Lady of Guadalupe