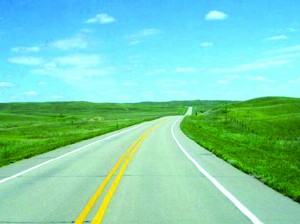 MEXICO CITY, May 15, 2012 (GlobeNewswire via COMTEX) — Empresas ICA, S.A.B. de C.V. (bmv:ICA) ICA +0.83%  , the largest engineering, construction, procurement and infrastructure company in Mexico, signed a multi-year agreement for the upgrading and maintenance of 797.4 km of federal highways in the state of Sonora with the Ministry of Communications and Transportation (SCT). The public works contract was awarded through an international bidding process.

The total value of the seven-year contract, which includes upgrading, maintenance and conservation services, is Ps. 2,985 million and will be included in ICA´s backlog during the second quarter of 2012.

Contract years one through three are the “preparation and development phase” that will include the upgrading of the highways to meet specified standards. Years four through seven are the “conservation phase” that includes the maintenance and conservation of the upgraded highways.

The package of highways includes the roads that link the main cities in Sonora, including Hermosillo, Nogales, and Puerto Peñasco, and is expected to start construction during the end of May.

Letters to the editor