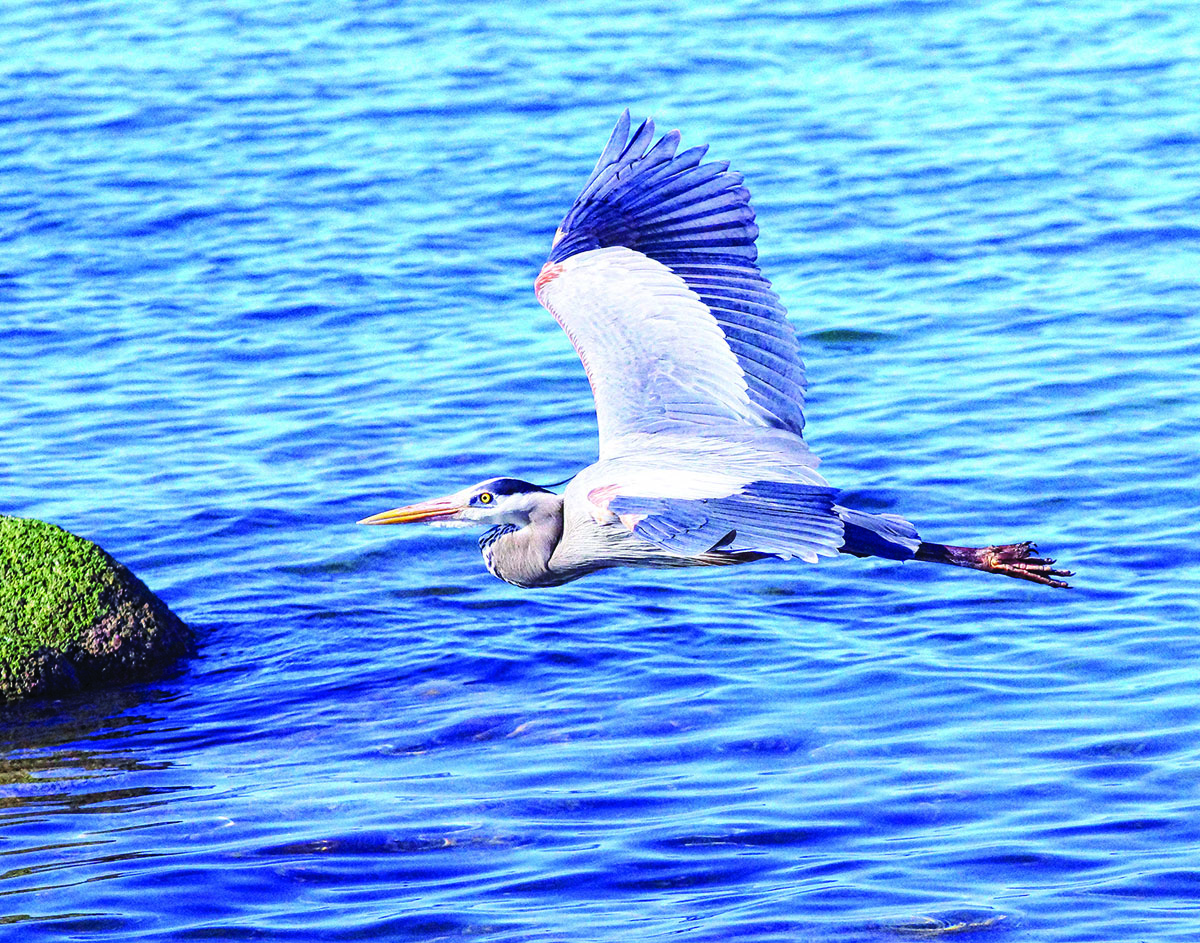 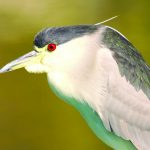 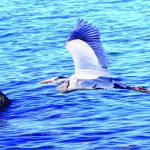 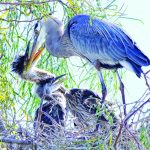 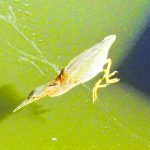 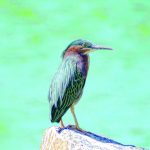 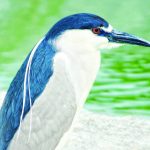 Not so Fast. The tall lanky birds around the Rocky Point shorelines are either Herons or Egrets, but are frequently confused with Cranes. There are only two types of Cranes in North America. The Sand Hill Crane and the Whooping Crane and neither live around here. The main difference between the Herons and Cranes besides their colors is their neck. Cranes have long straight necks and Herons have “S” curved necks. Herons fly with their necks retracted while Cranes fly with an extended neck. In this months article we will talk about the three different Herons that live around Rocky Point and save an article for the Great White and Snowy Egrets for a later date.

The Sea of Cortez shorelines has the Great Blue Heron, the Night Heron and the Green Heron.

They have the same diet; small to medium fish, insects, small rodents, crustaceans and reptiles.

They are patient wading & (waiting) birds. They will sit quiet and very still and pick off their prey as it naturally wanders by. The Blue Heron can wade in the water with its long legs, but because of the deeper depth of some of our shorelines the Night and Green Herons must stand on the shore or the rocks to dagger their prey.

When they become alarmed they will flush their neck and head feathers outwards. The Blue’s neck feathers are long and elegant when extended, a sight to behold.

Their vocal sound is a harsh croak i.e. quok or woc, and will usually be heard when they are disturbed.

All three nest in nests that are above the ground. They live here all year around as opposed to most of the water fowl that leave us each summer and return in the winter. Their nests are called Rookery’s and they prefer to breed near the three golf courses primarily around the lake systems.

All three are abundant throughout the United States and Mexico.

All three are different sizes, the Blue is the largest standing up to four and a half feet tall, the Night is a stocky medium build up to two feet tall and the Green is the smallest at 18 inches in height and has a thin build.

The Blue’s color is a grayish dusty-blue with a yellow bill and eyes. They have a white chest with long black legs. There is a spot of rusty red color on their wing joints that can be seen easier when they are in flight.

The Night Heron has a dark black cap and back with a white under coat, a black bill and yellow legs and two or three long white plume feathers that extend down from their head. The plume feathers are beautiful when they raise them up while courting or when they become alarmed. They have piercing red eyes.

The Green Heron has a dark green cap and a green back. They have a pretty chestnut colored neck and chest. Their eyes are yellow which match their legs. They have a thick black bill.

The Blue and the Night Heron lay light blue eggs. The Green Heron lays, what else, green eggs.

The Blue Heron weighs only 5 to 6 pounds despite its large size due to hollow bones throughout its body.

The Adult Night Heron do not distinguish between their own young and those from other nests, and will brood chicks that are not their own.

The Green Heron is one of the few tool-using birds in the world. It commonly drops bait onto the surface of the water and grabs the small fish that are attracted to the lure. It uses a variety of baits and lures, including crusts of bread, insects, earthworms, twigs, or feathers. 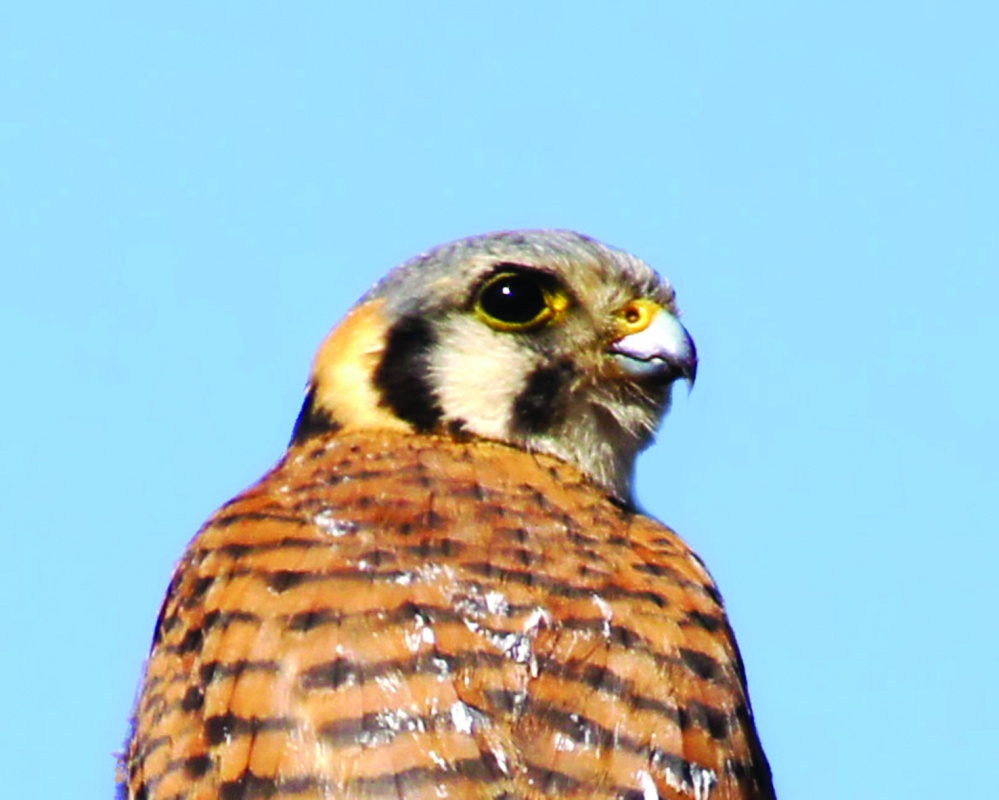