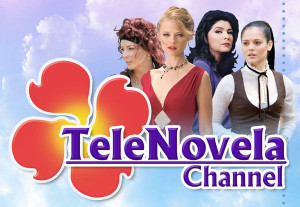 In today’s globalized entertainment world, movies, music and television programs circulate the planet and turn up in some interesting places.

In Mexico, Hollywood movies are triumphant, and they are generally more popular than Mexican movies. U.S. television programs are popular, and American and British rock stars have lots of fans and visit Mexico on lucrative concert tours. One year, for example, the Rolling Stones’ biggest venue on the North American continent was in Mexico City. Mexican students are much more knowledgeable about contemporary English-language pop music than many Americans.

What’s a telenovela? It’s a type of series produced in Mexico and other Latin American countries. The closest equivalent in the United States to a telenovela is the soap opera.

There’s a big difference though, between the two.

A U.S. TV series of the soap opera genre, if successful, is never cancelled and will go on and on, lasting for decades. “All My Children” started in 1970, “General Hospital” began in 1963, and “As the World Turns” was first aired in 1956.

The oldest American soap opera, “The Guiding Light,” actually began in the 1930s as a radio serial! As long as the ratings are good, the soap opera will go on and on and on.

But the Latin American telenovela is a different concept. It’s of limited duration, a sort of extended mini-series. The telenovela typically is broadcast five nights a week, for about six months. If it’s really a big hit, it may be extended up to a year. Then it’s over.

That’s because the telenovela is a novela – a “television novel.” It has a plot, and when the plot ends the show ends. The writers have the story figured out, and how it ends, before the program is aired to the public. (But of course, as the show progresses the writers can make changes to the storyline). The “final episode” is advertised beforehand and viewers tune in with great anticipation to see how the story ends.

In the Mexican entertainment industry, there’s a thin line between TV and pop music, so several pop stars, such as Thalia, Paulina Rubio and Salma Hayek, have also been telenovela stars.

The telenovela is a popular genre in Mexico. People have their favorite programs and follow them faithfully.

The principal producer of Mexican telenovelas is media conglomerate Televisa, whose CEO and principal owner is Emilio Azcarraga, one of Mexico’s ten billionaires. And Televisa has recently been moving into the vast Chinese market.

As a test run, the company began airing four Mandarin-dubbed telenovelas in China. They were wildly popular, so Televisa is taking it to the next step, having just signed an agreement with the People’s Republic of China’s government to produce Chinese versions of some of the company’s programs, including but not limited to telenovelas.

Many Spanish language students also credit the telenovela with helping them to learn accents, pronunciations, and fluency because they are being entertained while learning and practicing.