This Title is Better than That Title 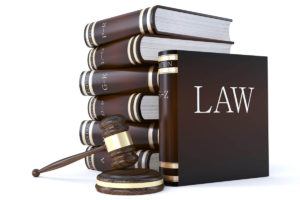 You make a phone call and ask to speak to someone, giving their first and last name. Having ascertained, by shrewdness or direct inquiry, that the caller isn’t a person of any great importance, the secretary informs you curtly that el licenciado, or la licenciada (or el ingeniero, or el arquitecto) is out, on another line, or in a meeting. The title will probably be stressed for your future information.

Ingeniero, or engineer, encompasses a range of technical professions, from civil engineering to electronics and computers. Arquitecto means architect; and even contador, or accountant, has made its way into the list of titles acceptable as improvements on the plain señor (or señorita or señora).

The title licenciado traditionally applied to lawyers, but its use extends to anyone who has a degree in any number of fields: the highly popular business administration, the dizzying economics, the trendy marketing, the modern communications, or the stopgap history of art.

As with so many other things, titles have undergone a process of inflation. As the middle class grew, more and more people could afford to stay at five-star hotels, generating a “need” for a new category that stays ahead of the pack, and “Grand Tourism” was born. Likewise, as more and more people had access to university education, plain licenciado became somewhat run-of-the-mill and the PhD came into fashion. Now it’s often the “doctor” who’s in a meeting, or on another line, after which he’ll be out to lunch, and then traveling.

The next step up from a bachelor’s degree is a masters – maestría – but nobody on that particular ladder uses the title maestro, and this is why: maestro, like its English counterpart master, has plenty of meanings. It means teacher, or schoolmaster, and also refers to someone particularly skillful at a given pursuit, in the arts or sports, for example, but maestro is also applied to the skilled builder, the plumber, or the chief mechanic.

In this last sense, the maestro is chief among equals in the realm of oficios, or trades, but somewhat unappreciated in the world of the professions. If we weren’t such snobs, we could perhaps appreciate the irony of the maestro-who can build houses that won’t fall down in earthquakes-being much less in the eyes of polite society than the licenciado (or licenciada), who happens to know his Manet from his Monet.