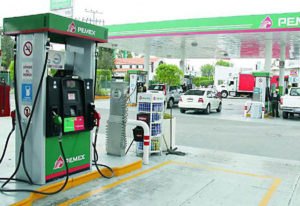 About 1,000 Pemex stations have said they’ll switch to Gulf.

The Finance Secretariat is scheduled to discontinue setting prices at the beginning of 2018 and until then, says de la Vega, it doesn’t make sense for private companies to import fuels, which they have been allowed to do since last month.

That change came nine months early after the federal government decided to modify the schedule. De la Vega believes it’s possible the government will do the same for the liberalization of gasoline and diesel prices.

“Right now, prices aren’t liberalized and there’s no certainty that the imports will be competitive. They could be very cheap or very expensive,” he told Reuters.

Gulf plans to open 100 gas stations this year in 18 cities, beginning with five in Mexico City, Guadalajara, Monterrey, Puebla and the State of México, just outside Mexico City, in July.

De la Vega said about 1,000 Pemex franchises have said they will switch over to Gulf.

The company expects to have a distribution network in place by the end of 2017. Until then it will have to buy from Pemex and pay to use that company’s pipelines and storage facilities.