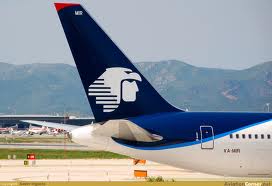 Connecting Puerto Peñasco to tourism by air is fundamental in strengthening the area, as well as for projects underway, including the Convention Center and cruise ship Home Port. Therefore, steps are being taken to attract Aeroméxico flights along the Hermosillo-Puerto Peñasco-Las Vegas route, affirms Héctor Vásquez del Mercado, President of the local Convention and Visitors Bureau (OCV).

Vásquez del Mercado indicated while they have successfully received support from the State Government, as well as from the airline itself, in order to ensure the flights they now need to collect an additional $250,000 USD, which corresponds to private businesses in the city.

He detailed they have already obtained approximately $200,000 USD to promote the flight, the State Government has contributed part of the fund to guarantee the flights themselves, and they even have Aeroméxico on board as a partner for this route.

The OCV President expressed the next step is for the private sector of Peñasco to participate directly through a contribution of some sort, as the hotel companies alone cannot provide the $250,000 USD still lacking.

He emphasized the intent is that this aerial connection not depend on official subsidies in order to sustain itself, as in the end the benefit it will create is for everyone and will allow for the consolidation of other projects including the convention center and home port.

Vásquez del Mercado underscored acquiring the Aeroméxico flight along the Hermosillo-Peñasco-Las Vegas route is currently the OCV’s principal project. He expressed the goal is to be able to sign an agreement with the airline this year, in order to begin flights along the planned route as early as 2013, tentatively by February.