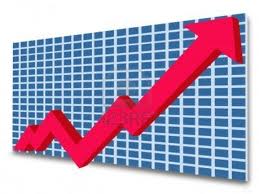 Calculations of more than 400,000 summer visitors

The summer tourism season in Puerto Peñasco came to a close with an average 23% growth rate in hotel occupancy, representing visits by more than 400,000 people and an economic boost of nearly 18 million dollars, reported Héctor Vásquez del Mercado, President of the Convention and Visitors Bureau (OCV).

The OCV President stated during the seven weeks registering the highest tourism influx, between June and August, they registered an average rental of 66% of available spaces in area establishments, topping out at 75% during the month of July.

The positive difference is noticeable, both for national as well as foreign tourism, as in 2010 the summer closed out with average rates of 48%, and 51% in 2011.

The OCV representative stressed this shows that tourism continues to be Puerto Peñasco’s principal economic activity, detailing that of the 18 million dollars brought in, 40% of this was for hotels, another 40% for food and beverages, and the remaining 20% for services.

He remarked at least 30% of this total is reflected in jobs created locally, and in the circulation (of money) that positively impacts the wider economy beyond the tourism sector.

Vásquez del Mercado reiterated the 2012 summer was good, with a tourism influx that continues to point upwards; this should be sustained and strengthened with promotional efforts that have been shown to have a positive impact.

Therefore, Vásquez added, what comes next is to continue attracting more visitors for longer holiday breaks.