Given their tireless humanitarian and social work over the past 25 years within the community of Puerto Peñasco, the City Council recently approved naming the boulevard in front of the Convention Center in honor of Rodger and Jeanette Clifton.

A petition signed by numerous community members in favor of the initiative was sent to Mayor Gerardo Figueroa Zazueta, which was then submitted to discussion and approval by City Council during their twenty-seventh ordinary session held last Nov. 28th.

The document expressed the Cliftons, who are originally from the U.S., feel they are Mexican in both heart and soul as here in Puerto Peñasco they have found the ideal spot not just to live but to launch into their tireless social, humanitarian, and selfless work.

For the Cliftons, “giving is much more enriching than receiving,” and for the last 25 years they have supported an infinite number of people and institutions across the community while also dedicating themselves to help the most vulnerable groups in society. 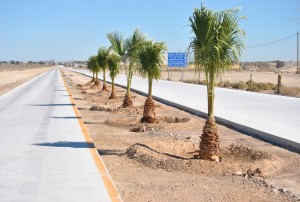 The numerous programs in which the Cliftons have participated and offered assistance include: “José Dávalos Valdivia” Casa Hogar, Amores de Peñasco children’s shelter, the construction of more than 1,000 homes for an equal number of families in Puerto Peñasco, and much, much more.

In addition, the Cliftons have provided economic support and equipment to the local Red Cross, Fire Department, and the Office on Integral Family Development (DIF), and helped various families truly in need. They have also supported a number of non-governmental organizations and have been strong promoters in raising awareness about the environment and the eradication of trash (and flies).

The request to name the boulevard in their honor was promoted by a broad sector of civil society, organizational leaders, boat builders, business owners, professional associations and administrative boards from various higher education institutions in Puerto Peñasco.

It’s Up to You Exhibit