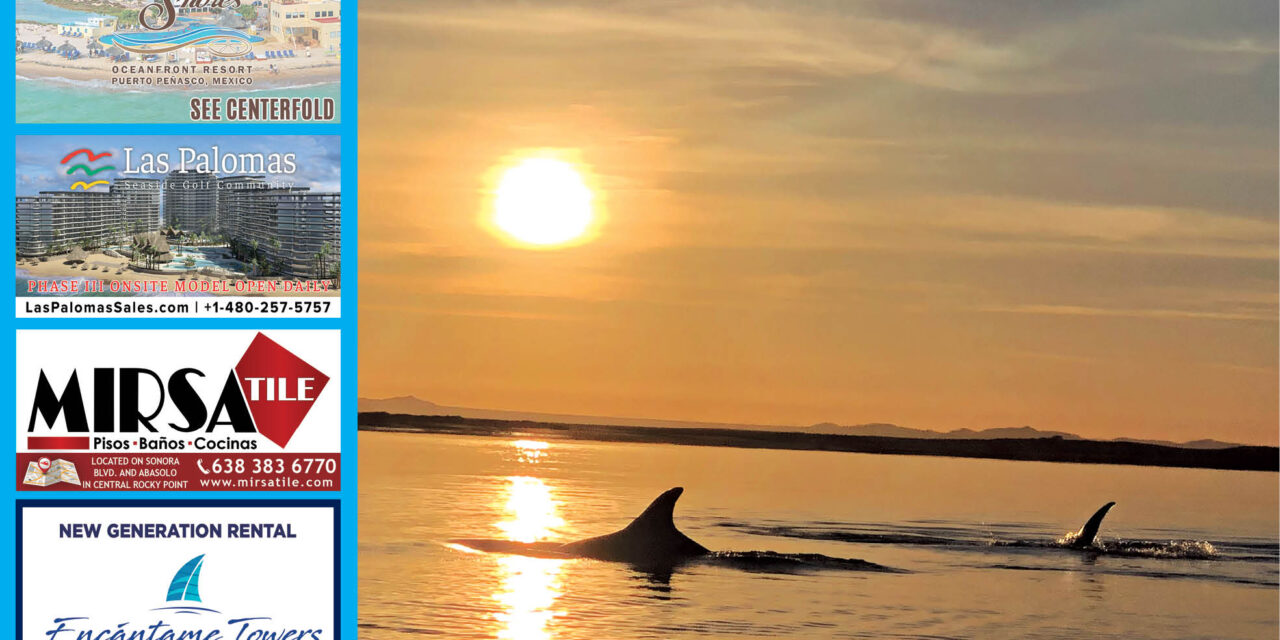 Hope everyone is having a great summer and wearing their sunscreen since it seems to be hot all over the nation! Peñasco got hit a little early with some heat and humidity last month, but compared to the 115° plus temps in Arizona, I’ll take the 90° with some humidity – better for the skin! Being hot just feels a lot better when you’re on vacation or working remotely from Rocky Point. And I know alot of you agree with me because Hwy. 8 and the border are seeing tons of traffic. Tuesday is the new Monday, and you just don’t want to leave Mexico on a Sunday or Monday and pretty much any day of the week will have you in some kind of line. It will be nice when they re-open the border back up to midnight. I’ve found myself leaving Rocky Point late only to realize that the border closes at 8PM…but it’s still light out! Be sure you leave yourself at least a couple hours, have a full tank of gas, an empty bladder and lots of water onboard if you are leaving Rocky Point on a Sunday or Monday.

You’ve probably noticed that the paper looks a little different over the past couple of months. Back in May we had to switch printers to keep The Rocky Point Times Newspaper at its current size/format, which we all very much like and are accustomed to, but that meant changing the paper we print on. So, we had some growing pains and issues with formatting, but everything seems to be smoothed out now and you all seem very pleased with the new bright white paper. Remember that we do have yearly subscriptions available, and they are still only $35 USD. They make great gifts for people who can’t work remotely!

This is going to be a shot Editorial as I am zooming all over the country, handing out papers and having fun. I was recently in Paso Robles, California doing some wine tasting and met a great gal, Merridee who works at The Piccolo Hotel downtown. We were chatting about San Felipe, and I was explaining where I lived in relation to there, when she told me that she had been to a place called Rocky Point back in the 80s. That’s where I live!! I ran out to my truck, grabbed her some papers, and made sure I bothered her every time I was downtown. Luckily her boss was super cool since I was downtown alot!! Just about every Californian I meet knows about San Felipe, but I don’t meet a whole bunch that have been to Puerto Peñasco…so I’m out spreading the word…promoting tourism. Good excuse, right? Oh, and wine…Rocky Point restaurants are really upping their game when it comes to wine. I am absolutely thrilled when I go out to Pane e Vino, Infusion at Laguna Shores Resort, Mare Blu, Garfua and MOO, just to name a few – their wine lists are wonderful and expanding and changing all the time. Some very interesting picks from these chefs and I’m so happy to have such variety now. Oh, and next month we’ll have to cover the new Boutique Hotel under construction at Laguna Shores Resort – should be super cool.

I write a lot about driving because I am always on the road – I love driving all over Mexico and the U.S. – promoting Rocky Point, of course! There is nothing to get the road rage going like rude drivers: The ones that think they own the fast lane or the ones that block the intersection or not let you merge when two lanes come down to one. Speaking of that, I headed up to the U.S. on a Tuesday night last month and hit a border backup about a couple miles long. WTHeck is going on? Ended up the U.S. side was running their x-ray machine so that always causes a jam, but besides that, we are just busy all the time now. As I was sitting there for almost an hour, here come the Sonoyta Police (who I do have to say have thanks to for cutting the speed trap shenanigans WAY down) bringing a string of cars from the very back of the line making our 1 lane into 2 lanes. This is so very annoying if you’ve already been sitting there for an hour! What makes it more annoying is that the “back of the line people” are super aggressive when we have to merge back into the ONLY 1 LANE that is actually there! Then throw in the non-existent shoulder in some areas and all of the vendors now who literally block traffic and there’s no moving anywhere until they move. What a mess! So, this 2 lane thingie has lead to everyone blasting their horns, blocking off the lane and shoulder so no other cars can come up the right side and a terrific game of Chicken titled, “Who Has The Best Vehicle Insurance”. Love it when the tiny cars go up against the monster trucks…this isn’t going to turn out well! Nothing one can do about the formation of 2 lanes in Sonoyta, but we could all probably be a little nicer and less aggressive when it comes to merging – especially if you were a BOTLP. I know it’s a big ask – especially after you’ve been waiting in line for an hour or more. There is a better solution and maybe with our newly elected officials (Governor and Mayoral Elections were last month) we will finally get the border expanded and this nonsense will be resolved. Rocky Point IS a very popular tourist destination, and a giant income generator for the State of Sonora, and we definitely need and deserve a better flowing border.

A few more things about the border and driving. There IS an intersection just before you cross into either country – it’s where the fence is located – from the fence to the red/green light on the Mexico side. People who need to import into Mexico, and those who work at the border, need that intersection left open so that they can get in and out. There is sometimes an official there that will halt the traffic if someone needs through, but just be aware and leave space at the intersection if no one is present. When you’re the person who is trying to get into line after importing, you’ll thank me. Also, going back to the U.S., the lanes hold three vehicles, not five! Read the signs…One vehicle is at the booth with the Customs Officer, the next vehicle is behind the booth at the STOP sign and the last vehicle is at the entrance of the lane at that STOP sign. There is signage everywhere that tells you what to do if you are unsure. Passports, EDL’s/PassCards, etc. are required for re-entry into the U.S. No, technically you don’t need to have one since they have to let U.S. Citizens back into the U.S., but just get one! You hold up the already lone line and I seem to be the one behind you – the person without proper identification – adding more time onto my trip and everyone else behind you. Thank you in advance! And lastly, if you see Miguel from the Lukeville Post Office coming out of the parking lot, let him cut into line – he just wants to go home after a long day 🙂 Next time we’ll have lessons on passing in Mexico, why people ride the shoulder, why they move over to the right on hills, why they pass in no passing and what the left blinker on the highway means.

Happy and Safe 4th of July! 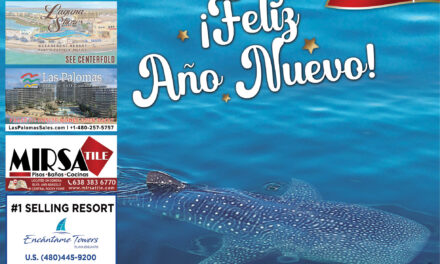 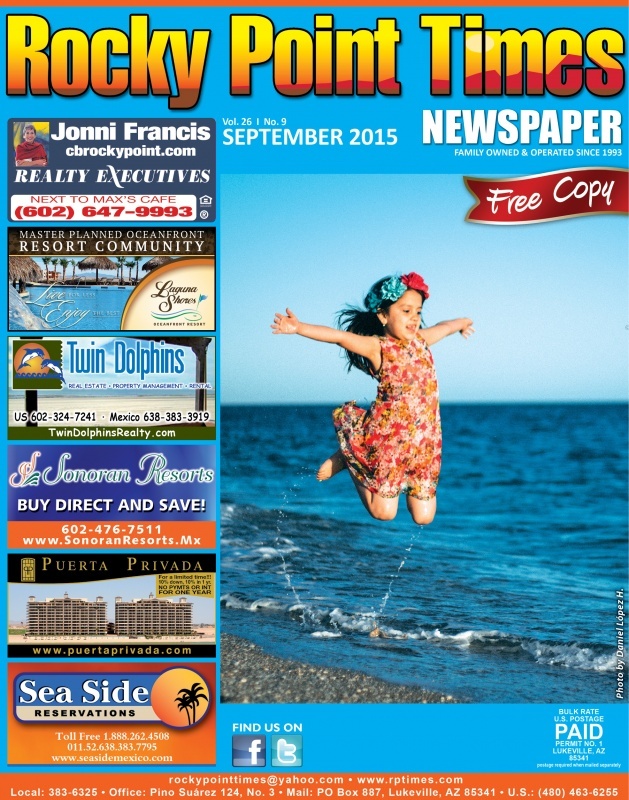